CDC Rule CONFIRMS: SARS-CoV-2 is "Chimeric Virus" -- made by joining two viruses together to form new organism. It IS Man-Made! 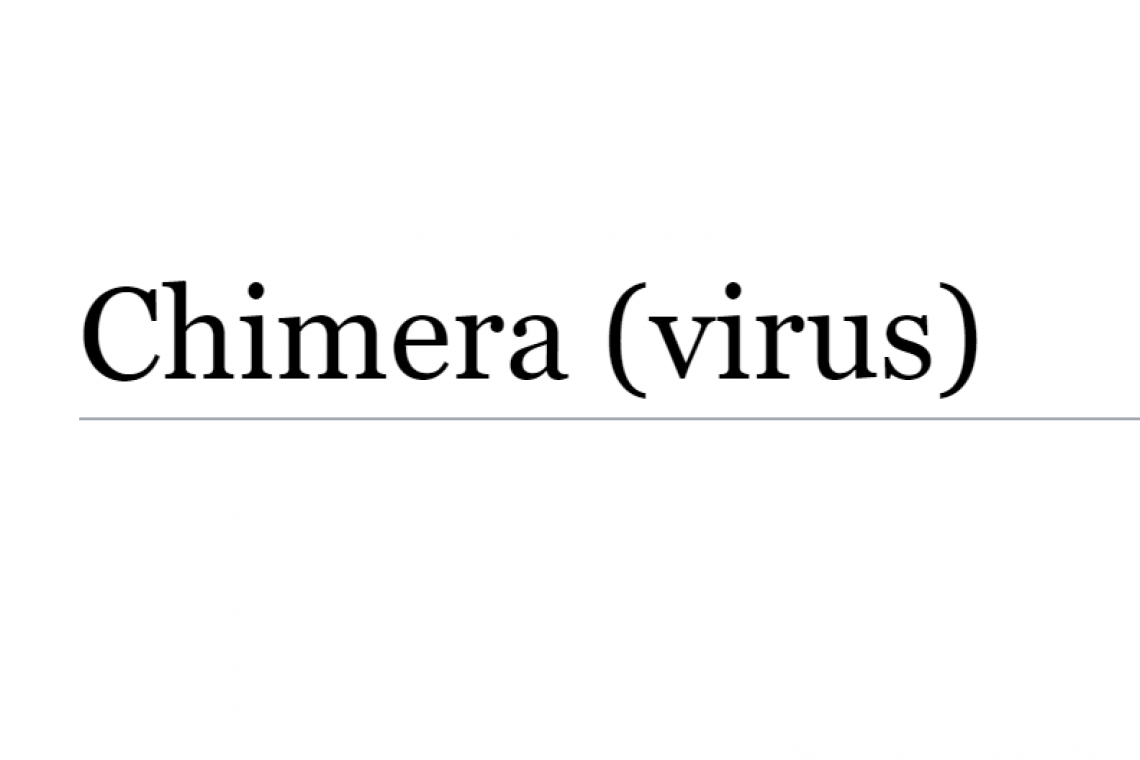 The centers for disease Control (CDC) have issued an interim final rule about SARS-CoV-2 which causes COVID-19, which declares the following:

Lets begin with the obvious.   The CDC in its November announcement of this Interim final rule, describes SARS-Cov/SARS-CoV-2  as "chimeric viruses."

So what is a Chimeric Virus?  Wikipedia can help:

So via its own rule-making announcement, the CDC is telling everyone that SARS-C-oV/SARS-CoV-2 are, in fact chimeric viruses.

Based on the Wikipedia definition, we therefore can logically conclude that SARS-CoV/SARS-CoV-2 have "genetic material derived from two or more distinct viruses."

The only way that happens in real life . . . is in a laboratory.

The whole story about the virus coming from a bat in some wet market in China, was a lie from the beginning and the CDC knew it.  Which means the U.S. Government knew it, too. So did all the other governments.

Yet what did both the CDC and almost ALL the departments of the US Government tell the public about COVID-19?  "It came from bats, likely from a wet market in Wuhan China."   That lie was dutifully reported and oft-repeated by the mass-media, NONE of whom bothered to investigate.

ALL of you remember that.  They said it on every TV news show, on every radio station, and in every newspaper.  THAT was "the story."

HOW THEY GOT CAUGHT

This CDC interim rule making was published on November 17.   It looked like this: 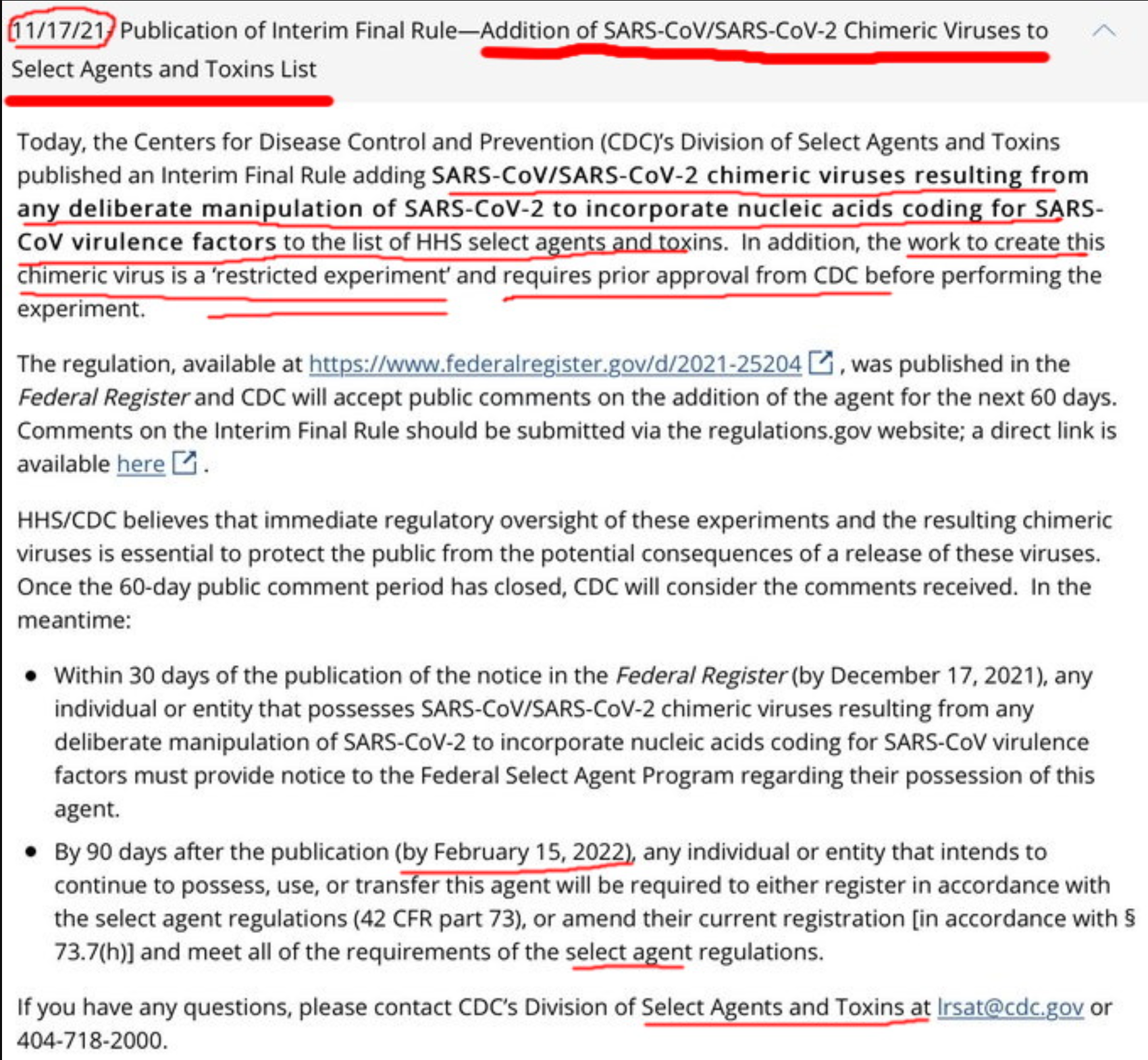 Well, the "Wikileaks-Italy" group in Italy decided they wanted the public to know this, and they attempted to publish the public notice from the CDC on their FACEBOOK page.

That triggered the ugly truth: FACEBOOK (@META) BLOCKED the publication, telling Wikileaks-Italy that publication of such factual government information "could cause physical violence"

Here is the posting Wikileaks Italy TRIED to make on FACEBOOK:

Here is Wikileaks informing the world that FACEBOOK (@META) Blocked it, claiming it could cause physical violence:

By announcing that SARS-CoV/SARS-Cov-2 are now added to the list of HHS select agents and toxins, anyone who wants to study these viruses, needs special permission to do so because studying these viruses is now a "restricted experiment."

Apparently, government doesn't want anyone breaking down the components of their SARS-Cov/SARS-CoV-2 and finding out just HOW MANY viruses were combined.   Remember the definition of "Chimeric virus" is one that contains genetics from two OR MORE viruses.

Oh, and what about people looking at the viruses to find a treatment?   Well, now that research into these viruses is a "restricted experiment" who knows if treatment research will even be allowed?

So this virus, that causes COVID-19, and is already out in public, already infecting Deer populations in a number of states, already infecting rats, mice, skunks, possums, raccoons and other wildlife is starring us all in the face in public . . . but nobody's allowed to look at it.

Biggest cover-up in human history?  You be the judge.

So, world, now that you know that SARS-CoV-2 was made in a lab, and now that you know it was government that funded the creation of SARS-CoV-2 which triggered the COVID-19 outbreak, killing millions, wrecking entire economies, ruining businesses, smashing people's personal finances, damaging children with social isolation, what are you going to do about it?   Or is being bio-attacked by your own government something you're willing to sit back and take?  Is the death of your family members through a government funded virus something you're willing to sit back and do nothing about?