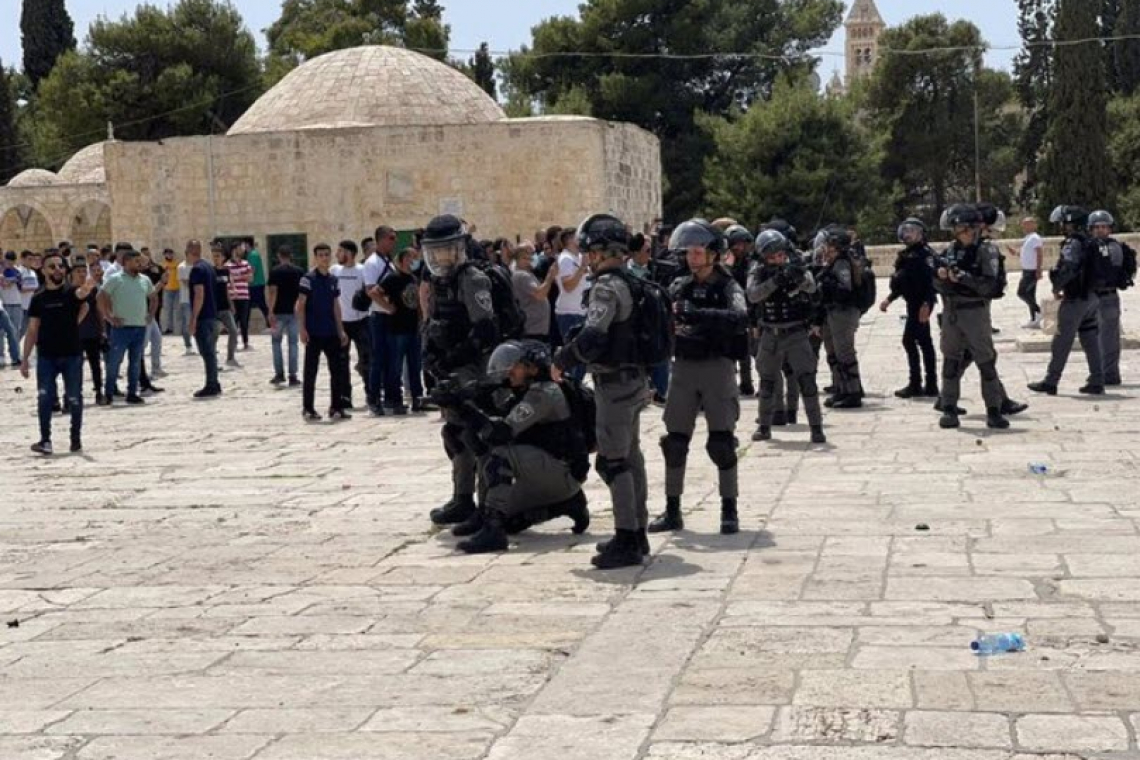 The "cease-fire" announced yesterday (at 7:00 PM Eastern US Time) between Israel and the Hamas group running the West Bank appears to be short-lived. Israeli police stormed the Al-Aqsa Mosque on the Temple Mount AGAIN today. Video Below.

The fighting which went on for about ten days between Hamas and Israel was supposed to enter a CEASE FIRE yesterday.   According to negotiators, Israel agreed to suspend evictions of Arabs from the Sheik Jarrah quarter, and to leave worshippers at the Al-Aqsa Mosque, to worship in peace.

Stunningly, video below shows Israeli police storming worshipers at the Al-Aqsa Mosque on the Temple Mount again Friday, 21 May 2021 despite Israel having agreed not to do such things anymore as a condition of a cease-fire.

Then they use STUN GRENADES:

There are reports of multiple injuries among worshippers in the courtyard.

How long does anyone think Hamas will continue to refrain from fighting if this is what has resumed just hours into a cease fire?