CHINA COLONEL ON TV: Will Sink US Aircraft Carriers, Escalate Immediately to Nuclear War with USA 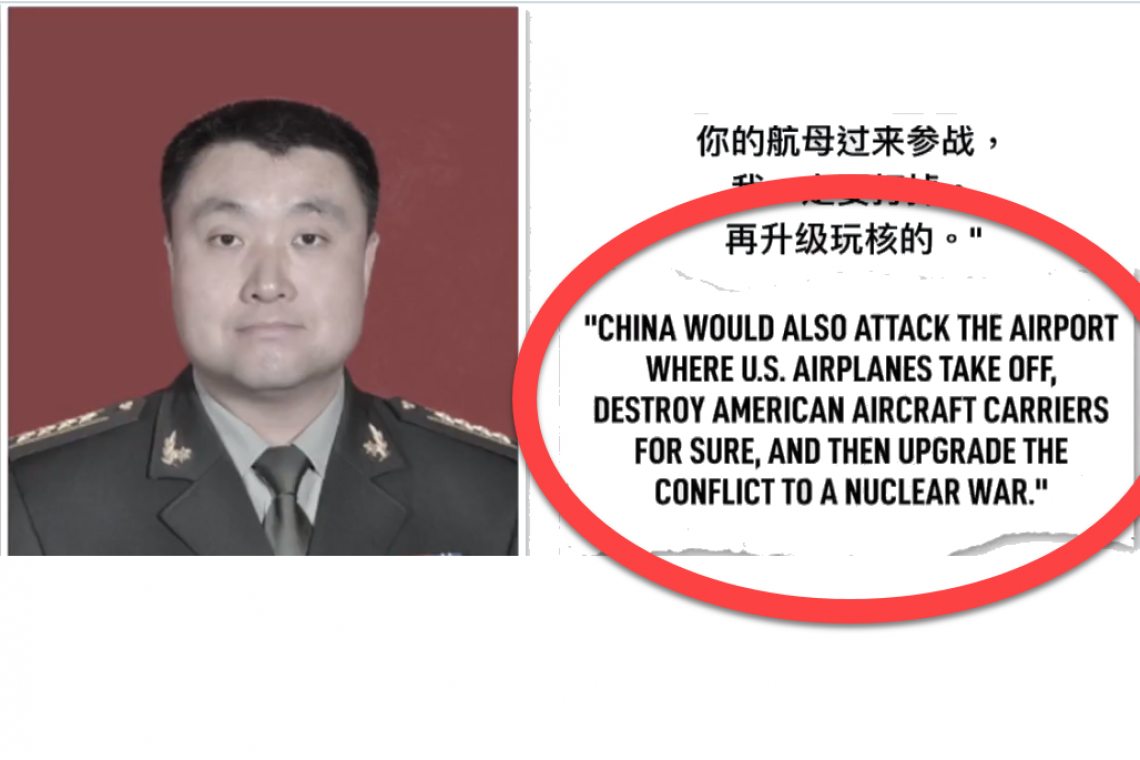 A senior Colonel with China's People's Liberation Army went on state-owned broadcast CCTV television last night and warned that if the US comes to the aid of Taiwan in any conflict, US Aircraft Carriers would be sunk in the South China Sea and China would go immediately to full scale Nuclear War.

Senior Colonel Fang Bin then openly asked "If the US wants to reformat the earth through nuclear war?"

Is the United States going to defend #Taiwan when China launches attacks? A Chinese officer threatens the United States with a nuclear war, saying aircraft carriers would be within kill-range of Chinese missiles the moment they enter the #SouthChinaSea.https://t.co/seKiDke37B pic.twitter.com/mwCAvccftA

Yes, our Carriers would be in range anywhere in the South China sea. Someone should remind this Colonel that ALL of China is in strike range of our submarines, right NOW.

Sink one carrier and all of China can become a radioactive wasteland.

China should not give rank to foolish men such as this Colonel.  Men who open their mouths with such carelessness, cause miscalculations to take place.