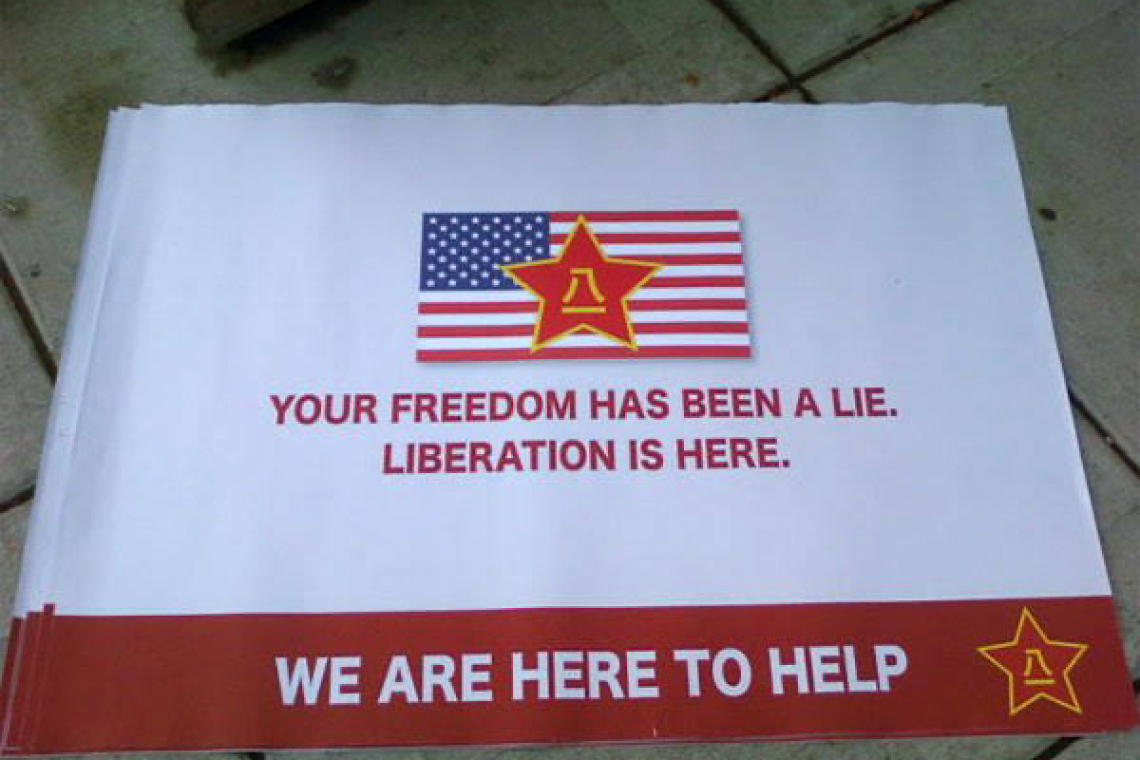 The government of China has commenced applying the same regime-change-inciting tactics INSIDE the USA that the USA has used in countries around the world.  Their "Chinese-American Friendship centers" are leading the incitement.  Read the window signs from the remake of the movie "Red Dawn" in 2010.  Only now, it's actually happening.  Chinese infiltrators "reaching out to the communities" in America. 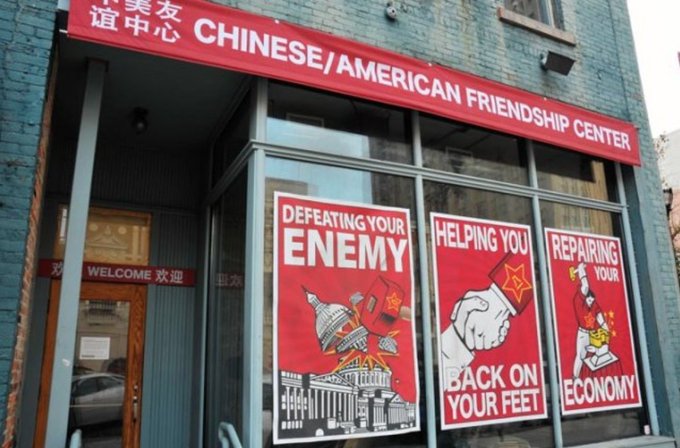 The ACTUAL "Friendship Centers" are located in downtrodden urban areas of large American cities.   They are designed to appeal to the lowest-income neighborhoods, to sew discord in the indigenous population, thereby creating a groundswell of overthrow mentality;  enemies inside the gate so-to-speak.

As they foment unrest, the vast populations in the cities will act as a base of people to use, in not only "regime-change" but an actual change from a constitutional Republic, to a communist slave state.

This is now happening here, inside America.

The "made-in-China" products you buy in the stores, provide the funding the the China Communist Party to do this.

And since the Americans who pushed "free trade" are the ones who moved almost ALL our manufacturing out of our country, mostly into China, there's almost no way to stop this effort because it's being funded by we, the American people, by buying the things we actually need and use.  We buy goods made in China.  China gets the cash.  They divvy-up the profit with the companies, then use the money they got from us to subvert our way of life!

Between the image atop this story, and the signs on the store front, it is beginning to look as though a "Red Dawn" scenario is being planned, and the public relations groundwork for it, is now being carried out.

All this, under Joe Biden and the Democrats.  Think about that for a moment.   Would China DARE try such a thing under a President like Trump?  Not a chance.

Author Taylor Caldwell, writing in her book "A Pillar of Iron" pointed out:

“A nation can survive its fools, and even the ambitious. But it cannot survive treason from within. An enemy at the gates is less formidable, for he is known and carries his banner openly. But the traitor moves amongst those within the gate freely, his sly whispers rustling through all the alleys, heard in the very halls of government itself. For the traitor appears not a traitor; he speaks in accents familiar to his victims, and he wears their face and their arguments, he appeals to the baseness that lies deep in the hearts of all men. He rots the soul of a nation, he works secretly and unknown in the night to undermine the pillars of the city, he infects the body politic so that it can no longer resist. A murderer is less to fear.”

That quote seems to apply perfectly to where America is right now; we are a nation whose soul is being rotted from within.  And the Traitors doing it, are very easy to spot.  Now, they're actually allowing a foreign Communist power, China, to commence actual Revolt-inciting activities.  Here.  In America.

Today is June 25, 2022, and that means it's time for monthly fund raising to keep this web site and the radio show alive.

As regular site visitors and radio show listeners know, at the end of each month - during the final week of the month - this site has to reach out to readers and listeners for financial support to keep the lights on.

Your support helps pay for radio air time, six inbound listener call-in lines, outbound fiber optics to carry the show to the radio stations and on the net, web site hosting, data-transfer charges to feed the live radio show out to thousands of listeners on the net, music licensing and more.

It NOW costs about $5800 a month to keep all this operational and I cannot do it without YOUR financial help. Please donate right now with a credit or debit card!

If you value the news you get here, or value the candid content on the nightly radio show, please show your support by donating a few bucks right now! Remember, WHEN YOU READ STORIES on this site, it's free for YOU, but I have to pay for "Data Transfer" to send the stories to YOU. Similarly, when you tune-in via Internet to listen, it's FREE for YOU, but not for me; I have to pay Data Transfer charges for YOU to listen online!