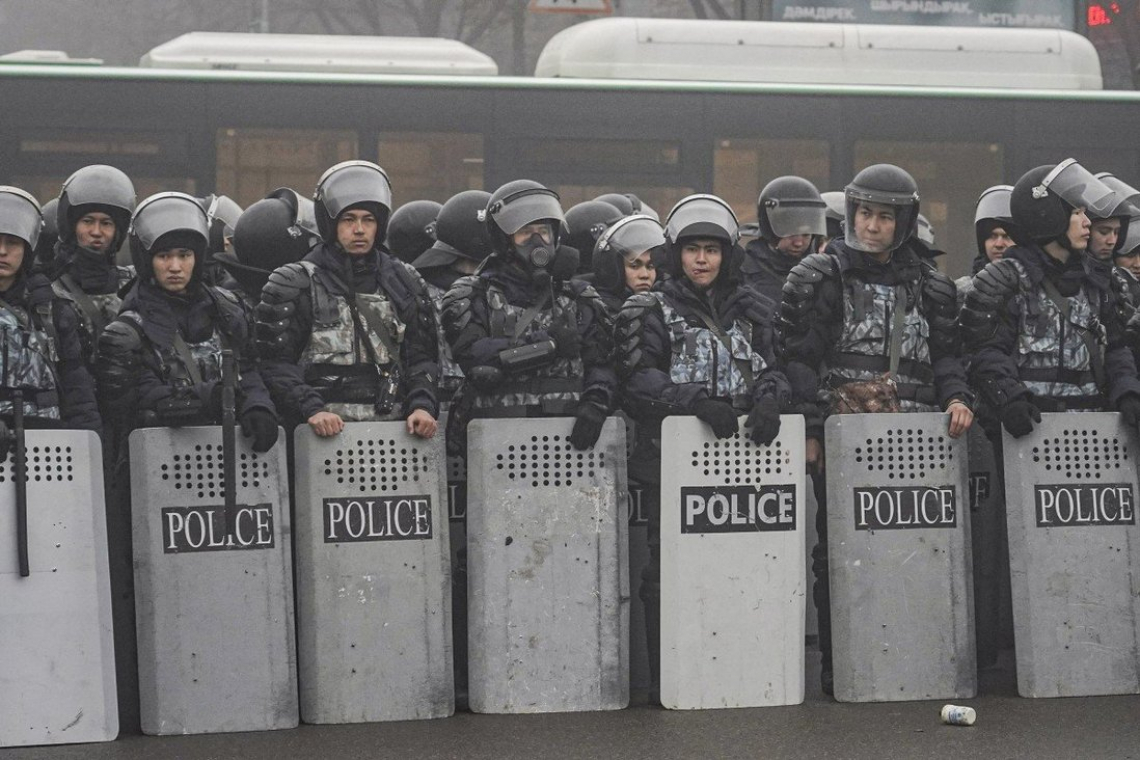 Chinese Foreign Minister Wang Yi has described anti-government protests in Kazakhstan as "terrorism" and pledged to protect the country against foreign interference, which the Kazakh authorities have blamed for the unrest.

China will help the Kazakh government to fight terrorism, separatism and religious extremism, the Chinese foreign ministry quoted Wang as saying in a telephone call with Kazakh counterpart Mukhtar Tleuberdi on Monday.

The Chinese ministry’s statement said Tleuberdi had pledged to work with Beijing to crack down on the “three evil forces” – a phrase China has used regularly in relation to Central Asia and to unrest in its far-western Xinjiang Uygur autonomous region.

The phone call came three days after a message from Chinese President Xi Jinping to Kazakh counterpart Kassym-Jomart Tokayev, in which the former voiced support for the Kazakh authorities’ attempts to stifle the unrest but did not follow Tokayev by saying that foreign-trained terrorists were behind the protests.

Chinese troops will protect the oil pipelines into China, thereby freeing Kazak troops to clean out the insurgents sent into that country to topple the government.

Authorities say 164 people were killed last week in the most violent scenes since oil-rich Kazakhstan gained independence from the Soviet Union 30 years ago.

Tokayev ordered troops to shoot to kill without warning and requested Russian forces to help restore order through a mechanism in the Collective Security Treaty Organization, a Moscow-led regional alliance.

Kazakhstan is vital to China’s Belt and Road Initiative and is home to projects including a transport hub in border city Khorgos and a major oil pipeline. China has also long been concerned that violence in its Central Asian neighbors could spill inside its borders, especially in Xinjiang.