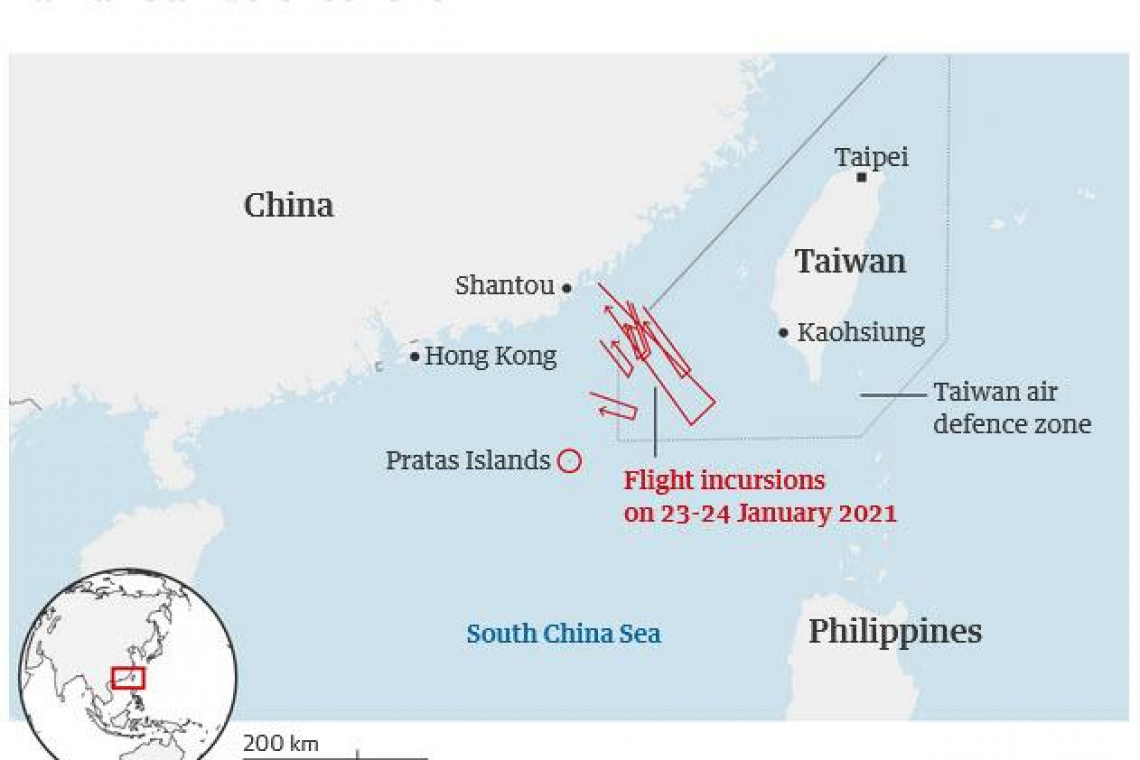 On Saturday, eight Chinese bomber planes, four fighter jets and anti-submarine aircraft one flew into Taiwan’s defense zone on Saturday, between mainland Taiwan and the Taiwan-controlled Pratas Islands in the South China Sea. Then, on Sunday, a further 15 flew into the same air space on Sunday.

A map provided by Taiwan’s defense ministry showed that the Chinese aircraft flew over the same waters where the most recent Chinese missions have been taking place near the Pratas Islands, though still well away from mainland Taiwan. 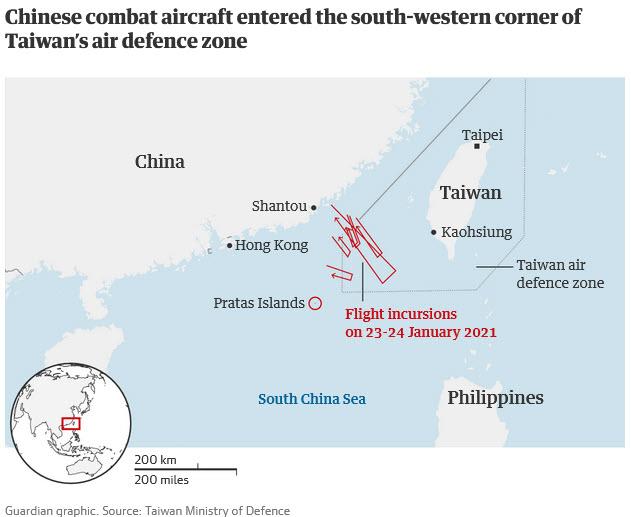 And so with fighter jets from both countries now on the verge of engaging above Taiwan's ADIZ, we are one "accidental" missile discharge from all out war.

While China has yet to comment, It has previously said such actions are aimed at defending the country’s sovereignty and designed to act as a warning against “collusion” between the United States and Taiwan.

As Reuters notes, the move is likely to further concern Washington, which on Saturday urged China to stop pressuring Taiwan and reaffirmed its commitment to the island and desire to deepen ties.

Meanwhile, in a potential harbinger of a far bigger conflict, earlier on Sunday, the US military said that a US aircraft carrier group led by the USS Theodore Roosevelt had entered the disputed South China Sea to promote “freedom of the seas”, and to also telegraph the US preparedness to support Taiwan in a worst case scenario. 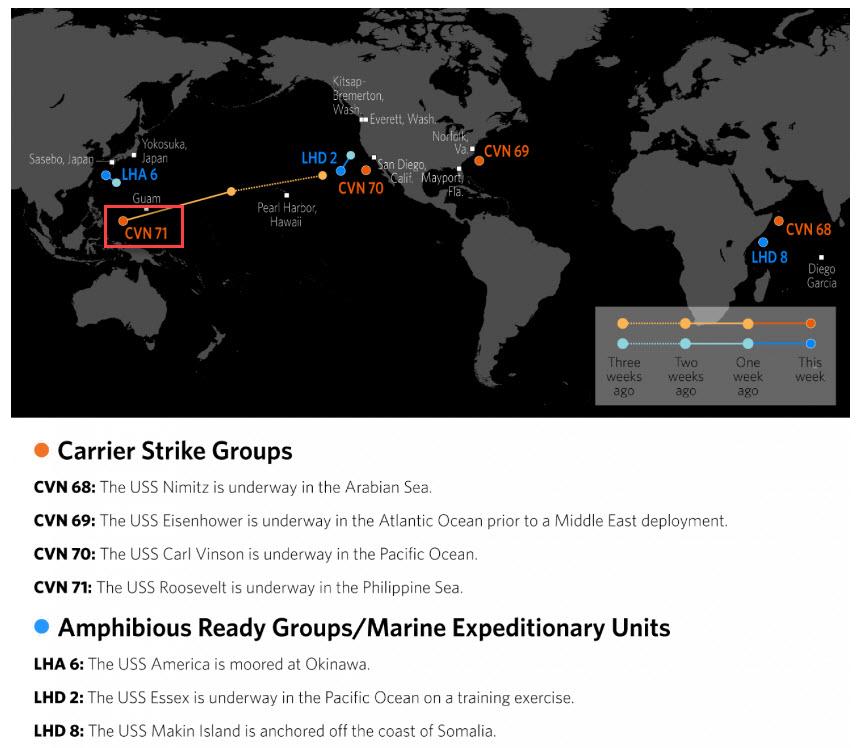 The United States, like most countries, has no formal diplomatic ties with Taiwan, but is bound by law to provide the island with the means to defend itself. In a final swipe at China, the Trump administration’s outgoing UN ambassador tweeted that it’s time for the world to oppose China’s efforts to exclude and isolate Taiwan, drawing sharp criticism from Beijing.

Ambassador Kelly Craft accompanied the tweet with a photo of herself in the UN general assembly hall, from where the island is banned. She carried a handbag with a stuffed Taiwan bear sticking out of the top, a gift from Taiwan’s representative in New York, James Lee.

And while Biden’s administration has rushed to undo much of Trump's legacy, it has shown little sign of reducing pressure on China, although it is seen as favoring a return to more civil dialogue. In another sign of support for Taiwan, the island’s de-facto ambassador to Washington, Hsiao Bi-khim, was an invited guest at Biden’s inauguration.

President Biden’s newly sworn-in administration on Saturday reaffirmed the US’s “rock-solid” commitment to helping Taiwan defend itself in its first comments on the sensitive territorial dispute, noting “with concern the pattern of [China’s] ongoing attempts to intimidate its neighbours, including Taiwan."

"We urge Beijing to cease its military, diplomatic, and economic pressure against Taiwan and instead engage in meaningful dialogue with Taiwan’s democratically elected representatives,” State Department spokesperson Ned Price said in the statement.