China Tells U.S. and Taiwan: "Prepare for a Blow at any moment" 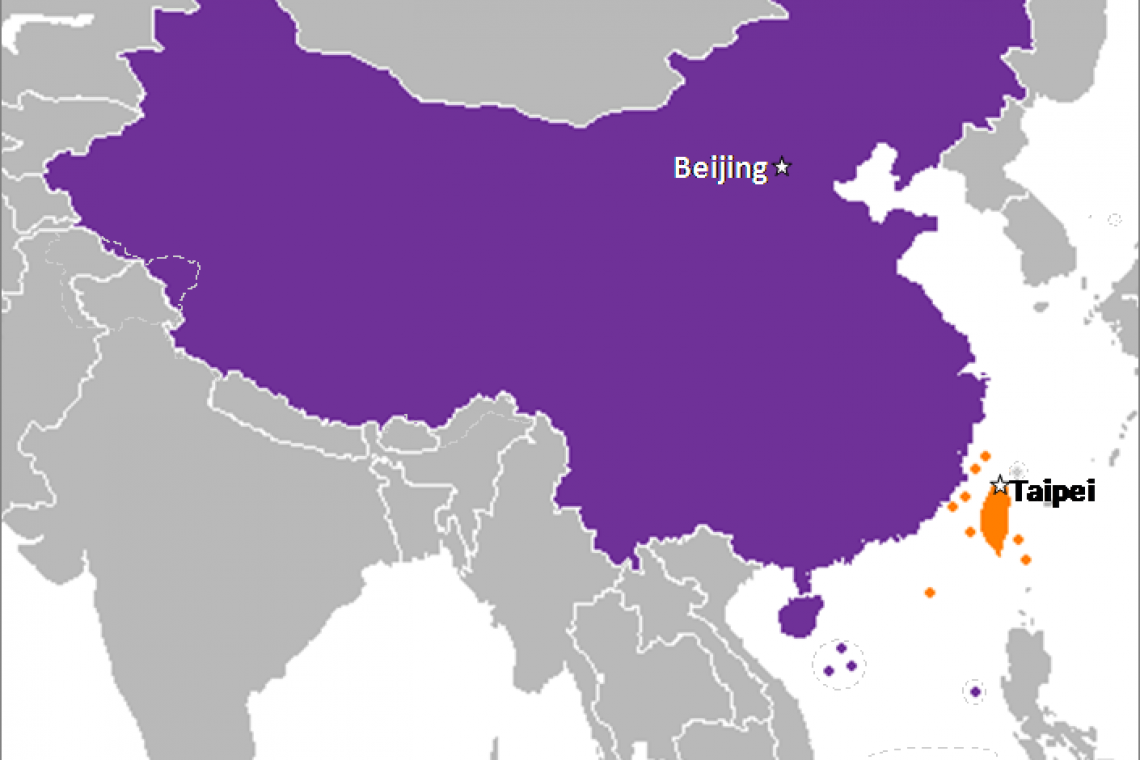 China has issued unprecedented war threats against the United States and Taiwan through the official organ of the Chinese Communist Party. As China finds itself more isolated, it is becoming belligerent.

Early last week, China also made a direct NUCLEAR ATTACK threat against Japan, which was a story for Subscribers to this site only, but is now OPEN to the public because the information has leaked to the mainstream. (Story HERE)

Beijing is adopting war rhetoric, threatening even the United States with a surprise first blow, a sign that "zero hour" is approaching for Taiwan.

An American C-146A Wolfhound landed at Taipei Songshan Airport on Thursday morning and made a brief stop to deliver a package to the new director of the American Institute in Taiwan (AIT), Sandra Oudkirk.

China's Ministry of National Defense responded by warning the United States to stop playing with fire.

"The US and the island of Taiwan are feeling great pressure from the growing power of the mainland (China) and preparing for a possible military struggle. The Democratic Progressive Party (DPP) authorities not only reject reunification, but maintain a fierce ambition to pursue "independence." At the same time, the United States also intends to limit China's rise by playing the "Taiwan card." Thus, both the United States and the island of Taiwan are overwhelmed by strategic anxiety that the mainland may eventually resolve the Taiwan issue by force.

Instead of easing tensions and avoiding the dangers of a "united China," the United States and Taiwan sought to change their strategic stance on the Straits through a "divide and conquer" tactic, hoping to crush the continent.

The mainland has strategic dominance in the Taiwan Straits. It can develop overwhelming military capability if needed, and it has the resolute will to use that force in a confrontation over the Taiwan issue.

The US and Taiwan are trying to create the illusion that a democratic Taiwan will not accept unification in any form and that the US is open to the use of military force to defend the island.

The U.S. Air Force mission is reaching the bottom of the mainland and is an attempt to oust the mainland from the region.

The US has the strongest overall national military force, but most of it cannot be technically deployed in the Taiwan Straits, and the US has no public support or national will to use this military force to defend Taiwan.

China is not challenging the US, but Taiwan is part of China. In the Taiwan Straits, China has every moral right to rule. In this region, the law against secession from the mainland has supreme power.

For quite some time, what was happening in the Taiwan Straits was a game between the continent's strategic advance and the US-Taiwan tactical disruption.

The latter two seem to have different approaches, but the progress of the mainland military accumulation is obvious, with military exercises increasingly moving towards real combat patterns.

The mainland (China) can severely punish the US and Taiwan at any time.

The mainland has the initiative on when and how to punish them, as it can synchronize the choice with the strategy against Taiwan to achieve the best result.

The mainland is tightening its grip, leaving less and less room for the United States and Taiwan, which can use only "small tricks" to maximize results.

But the effect can only be felt in the field of public opinion and can not change the power gap and the general trend.

The United States and the island of Taiwan are well aware that the mainland is determined to use force when it chooses to do so.

Our answer is: at any time.

As the U.S. advances on landing a military aircraft on the island of Taiwan, escalating the situation to a point of military action, every step it takes could cause military friction and controversy.

They need to understand that the mainland is much better prepared for such conflicts, both in terms of actual action and will.

We advise the US and the island of Taiwan not to judge the situation and not to underestimate our determination and our willingness to punish their provocation.

They must be prepared to deal with a sudden blow.