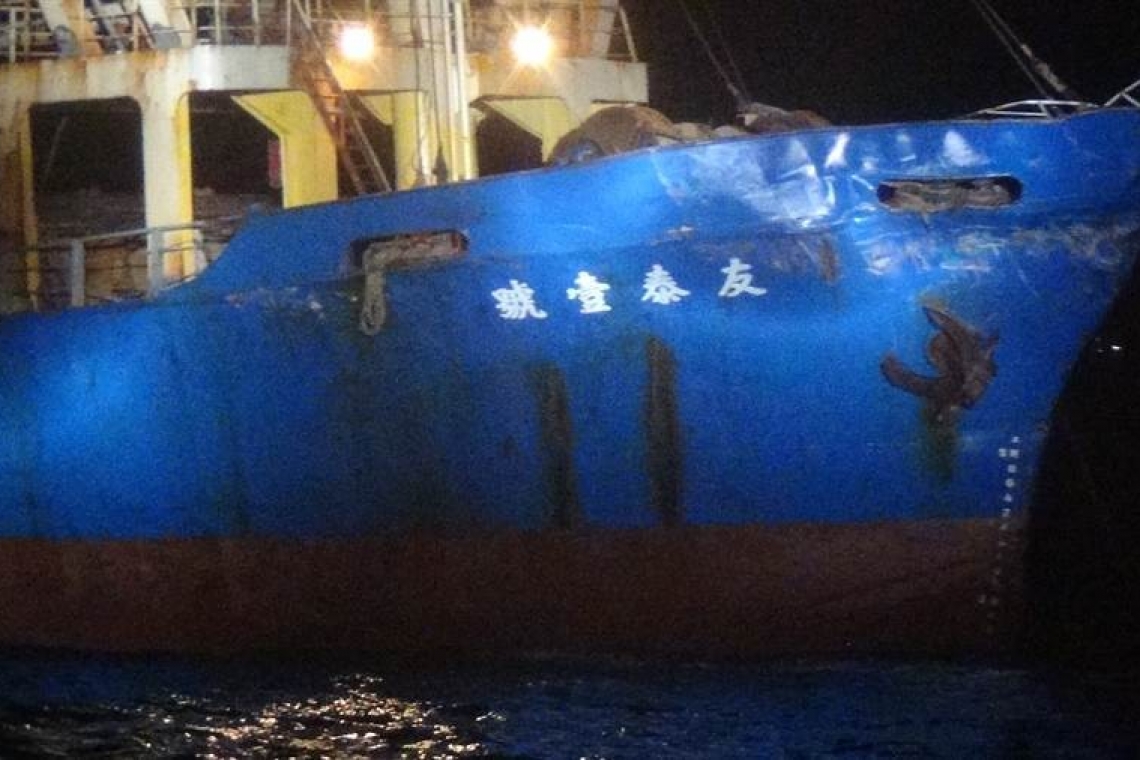 An unidentified Chinese warship smashed into the Taiwan-registered bulk carrier the "Yutai No. 1" in the Taiwan Strait on Wednesday night (July 31).

The Taiwan Coast Guard Administration says the Kinmen-Matsu-Penghu Branch reported that at 8 p.m. on Wednesday, the Yutai No. 1 was slammed into by a Chinese warship 19.5 miles southeast of Liaoluo Port in Kinmen. The Taiwanese ship sustained damage but none of its crew were injured.

After receiving the report, the Kinmen branch of the Coast Guard dispatched PP-10053 to the scene, and PP-10039 was sent to support it. The Coast Guard said that a response center was set up at 9 p.m. last night and relevant units of the National Security Center were notified.

By 10 p.m., PP-10053 established contact with Yutai No. 1 and confirmed that the hull was damaged, but there were no safety concerns and the crew was unharmed. The patrol boat then escorted the cargo ship to Liaoluo Port.

After an extensive search, PP-10053 established contact with the People's Liberation Army Navy (PLAN) vessel. The PLAN ship's captain said that his vessel had been damaged in the collision as well and needed to return to Xiamen Port for repairs, according to the report.

The PLAN ship refused to stop and submit to inspection and ceased communications with the Taiwanese patrol boat. Due to the darkness at the late-night hour, the Chinese ship's number was not clearly visible.

At 11:50 p.m., the Yutai No. 1 arrived at the mooring area of Kinmen's Liaoluo Port. The vessel was subsequently searched by Coast Guard officers.

A source familiar with the situation says the Chinese warship involved in the accident was one of two PLAN ships that were prowling in the Taiwan Strait near the island of Kinmen on Wednesday night. One of them has never been exposed to the media before.

The Type 071 amphibious transport dock "Longhushan" was commissioned late last year, the tonnage of which is only rivaled by China's aircraft carrier "Liaoning" in the PLAN fleet. The other ship is believed to an unknown cruiser. 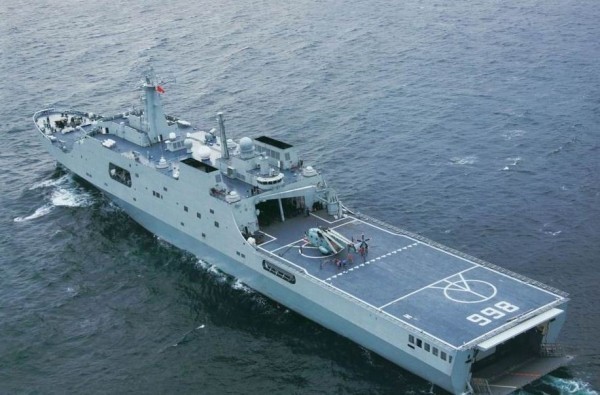 According to the report, it is not known which of the two ships is the one that caused the accident. Based on the size and the tonnage of the Yutai No. 1, it is speculated that the damage could have been inflicted by the mysterious cruiser, but the actual situation remains to be clarified by an investigation.