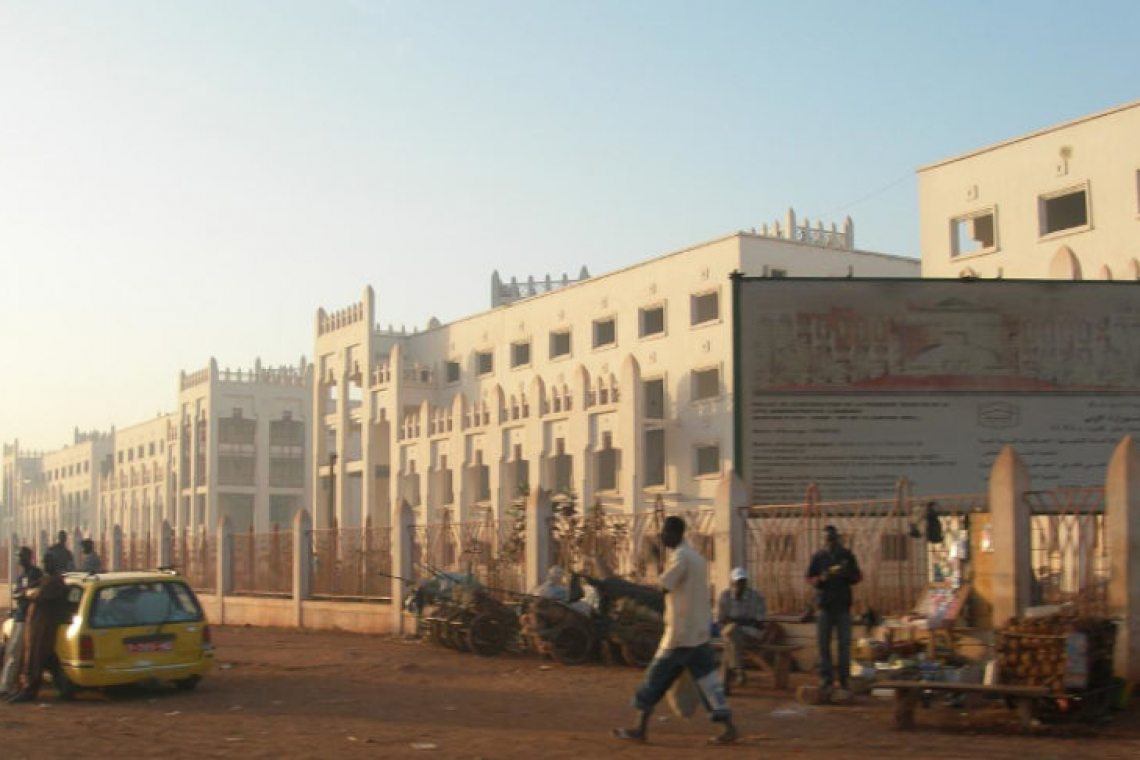 The tiny nation of Mail is apparently experiencing a military Coup D' Etat in its capital  city Bamako. The country's transitional president and prime-minister have been arrested by the military, just hours after the PM presented his new cabinet.

I mean unless your local AFB is somewhere in Africa. Is it?
+1 # Exactly! Marginal power in peripheral region of the world. Dirt poor! Glorious past and history. — Harnaś 2021-05-25 07:17
Ten Prime Ministers since 2012!
https://en.wikipedia.org/wiki/List_of_prime_ministers_of_Mali

What else is new in Muslim Africa? Wow like Niger, they do have Gold! No Hausa. Mande, Fula, Voltaic Touareg tribes!
+7 # Where's Our Justice America — Disstheease 2021-05-24 19:12
I"m still waiting for it to happen in America?
+2 # Waiting for Trump — RLN 2021-05-24 20:27
Our military was expecting Trump to lead them - and many of us thought so, too. Now, they're being purged of all true patriots under the table of 'white supremacy' = those who believe in the Constitution, which 'they' say is racist from the roots up. They sure are going to miss it if they are able to win.
+1 # OMG: Coup d'état in Mali? — Harnaś 2021-05-24 18:50
I wonder what its significance might be. They have those changes of the guard in that part of the world a dime a dozen, and then nothing changes. One of the poorest countries on the Erath, Muslims and black of course (Hausa if I rember correctly) some Touaregs out in the desert with camels. At least in neighboring Niger that I remember visiting a few years back, they have uranium in the north discovered by the French geologists (French use it to make their big bombs, and in Agades they have gold where the make a world famous Cross of Agades.

Mali had its glory days in the past, and all thye have now is an ancient Toumbaktou University! It was a communist SH for decades and will remain such. Because Al Qaida had headquarters and many of its fighters there, French had to move the notorious Paris to Dakar Auto-Rally to South America!
+8 # RE: Coup D' Etat in Mali - U.S. Embassy on Security Alert as Military grabs President, Prime Minister, others — Gunner 2021-05-24 17:55
The pig U.S. gov't behind this one as well?? They basically pulled it with the U.S. election in November and as usual, all of our sorry, pathetic a$$e$ sat back and did absolutely NOTHING about it. WTF is wrong with us? Our country has been taken over in front of our very eyes yet we remain impotent, genuine PAPER TIGERS. Where are all of the loud & proud so called Patriots????
+5 # WTF — Motime 2021-05-24 21:05
Yo Bud, I hear ya! What's missing < as any military person will tell ya, is there's no leader on this side, no rally point! What you think, everybody should just get out there and do something? Look at what's happening to the Jan 6th people, they're still in jail and probably won't see a court room until 2022. I agree with you, we should kick some ass, but it's gotta be coordinated with an objective in site. Maybe start in NYC, Chicago, or Michigan. But it's gotta be coordinated and organized.
+1 # We’re Here — RAFO 2021-05-24 19:52
Gunner, us Patriots are all here... haven’t gone anywhere since November. You see... we need a leader to organize everything... want to volunteer?? Yes, our resistance is all on paper... just like you wondering where all the Patriots are. We’re all waiting on someone else to make the first move...
+3 # Waiting — Shane Prentice 2021-05-24 22:21
Our only option at this point is mass civil disobedience, we have to refuse to participate in evil, stop spending money that supports those who are pushing the woke agenda..... do what is right in the eyes of God, no matter the consequences. Practice radical hospitality, show others the love of Christ, meet the needs you can and stand against evil and refuse to be moved. Work to develop relationships, when people know you and trust you, then you will be able to speak truth into their lives. It may not win the country, but it will begin to win hearts and minds of the people in our communities, and pray.....that is what I'm doing for now as well as I can, hope it makes a difference
# We're here — chip 2021-05-24 20:39
I'm as guilty as anyone else.
I'm not much of a leader or
organizer.
+6 # Steady — GiJoe 2021-05-24 22:06
Steady and true.

You'll know when to get involved.

Don't react to calls of glory.

You are all your own leaders. You know what is asked of you.

You are all well trained.

Do not asked to be lead.

Leadership is assumed, not handed down.

Yes! we are all here. We are not motivated by your insults and down talk. We are not some dumb asses to instigated into a nothing burger operation, or reaction.

This is not the place to put out some dumb ass decisions or projections.

The enemy is inside the wire and running ops against you. Don't be a sap.
Refresh comments list
RSS feed for comments to this post
JComments
by sur.ly
100% Trusted Informational Platform Website 2021