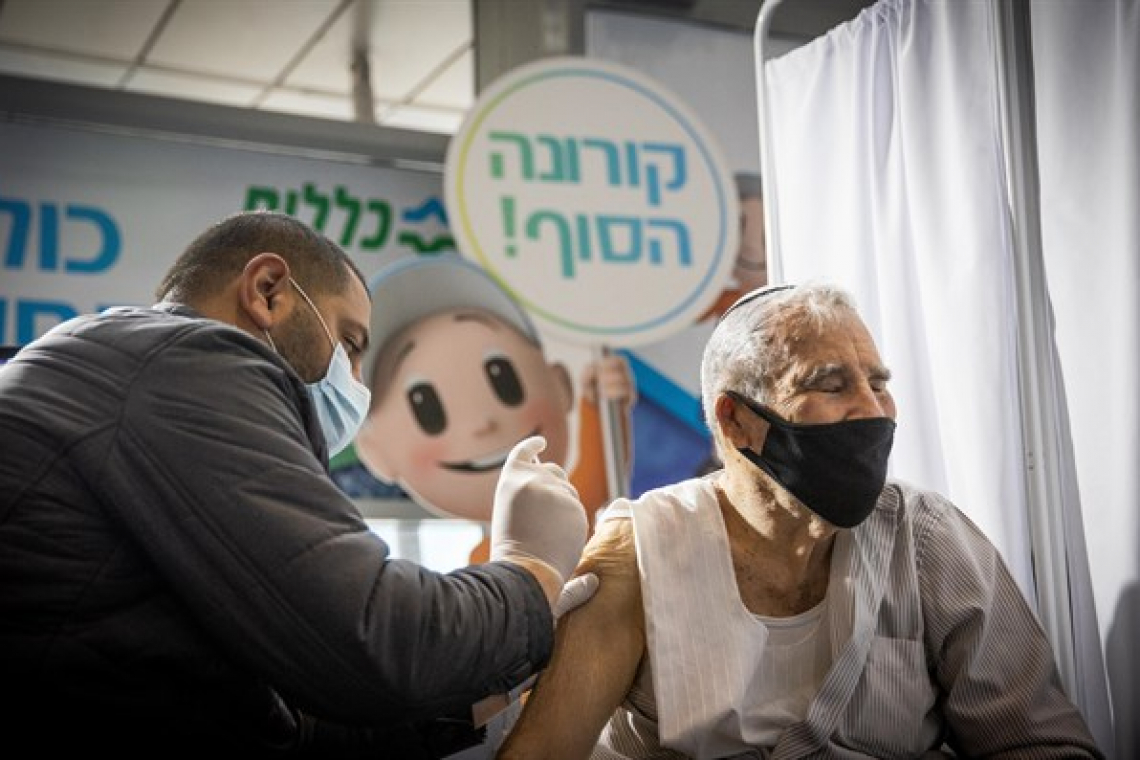 The Helsinki Committee for Human Rights is expected to announce that Pfizer is conducting unauthorized human experiments in countries allowing the distribution of COVID "vaccine."  It is not a vaccine, it is irreparable human genetic modification.

The committee in charge of supervising human trials in Israel, is expected to submit an opinion to the Health Ministry stating that the immunization process led by the state with Pfizer is a clinical study, and therefore needed to be approved in advance.

The Supreme Helsinki Commission - in charge of supervising human trials in Israel - is expected to submit an opinion to the Health Ministry stating that the vaccine campaign led by the Israeli government together with Pfizer is fundamentally clinical research, a code name for human trials, and thus, needed to receive explicit Committee authorization. The opinion has already been formulated and in coming days is expected to be handed over to Health Ministry Director Hezi Levy, possibly even today.

"Reading the contract signed between the Israeli government and Pfizer, it is clear, unequivocal and unambiguous that this is a clinical study for all intents and purposes, and thus, it needed to be approved by the Helsinki Committee," a senior official explained to Calcalist, adding: "And that's what will be written in the Committee's opinion: 'There's nothing wrong with clinical trials, on the contrary, but clinical trials (human trials) must get committee approval, and of course, from the people on whom the trial is being conducted, while giving the right to refuse to be part of the trial. These are very basic matters," he concluded.

Helsinki Committee Chairman Prof. Eitan Friedman refused to comment on the publication and told Calcalist that the Committee would present its position in an orderly manner and in the usual way, not through the media. Since the Committee is a statutory committee (established by virtue of the law), the practical implication is that it will determine that the experiment on humans that Pfizer is currently conducting in Israel is illegal.

The expected letter from the Helsinki Committee is of far-reaching significance. First, the Committee can determine that the Israeli government must stop transmitting information to Pfizer, something that could cause Israel to be in breach of contract. If the government decides to ignore the Committee's directive, every Israeli citizen will be able to appeal to the Supreme Court on the matter.

The Committee can also demand that all Israeli citizens be informed that the results of the vaccine will be passed on to a third party, and also oblige the Health Ministry to request approval of those vaccinated to be an experiment subject.

In addition, neither the Committee nor the citizens of Israel have any need to use legal tools: A short letter from the Committee announcing that it does not approve the experiment could greatly complicate matters for Pfizer and the Israeli government because in consequence of that letter, Pfizer may not contact the FDA and request final approval for the vaccine. "It is inconceivable that the FDA would grant final approval to a vaccine based on a clinical study rejected by the Israeli Helsinki Committee," the paper said.

Health Communication Lecturer at IDC Herzliya International School Dr. Yaffa Shir Raz responded to the Helsinki development, saying: "The question of questions: Where does this scandal put the Green Passport? Can the government even continue to promote the compulsion of the experiment on us? The road to court has never looked more paved, and this time, it's hard to see how they'll ignore it."

Here is what Pfizer isn't telling Americans about their "vaccine"

What Pfizer isn’t telling you! pic.twitter.com/p9QkTPpQSE