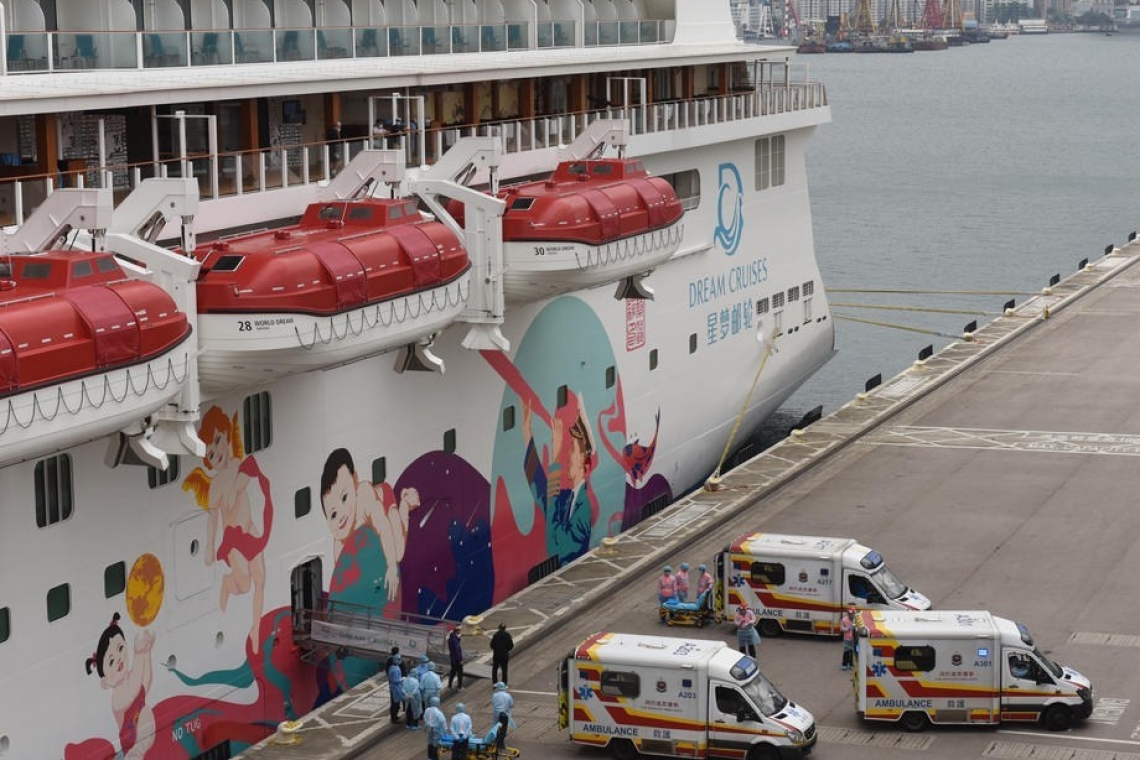 Thousands of passengers and crew on two cruise ships in Asian waters were placed in quarantine on Wednesday, as the death toll from an outbreak of a fast-spreading coronavirus, a Bio-weapon leaked from a Chinese laboratory in Wuhan, continues to rise.

About 3,700 people are facing at least two weeks locked away on a cruise liner anchored off Japan after health officials confirmed on Wednesday that 10 people aboard had tested positive for the virus.

Princess Cruises has just confirmed that 251 Canadians are currently aboard a cruise ship that is being quarantined near Japan. 10 people aboard the Diamond Princess have tested positive for Coronavirus

In Hong Kong, more than 1,800 passengers and crew were confined to their cruise ship docked in the city during tests for the virus, after three people on board had earlier tested positive.

Passengers on the ship off Japan, the Diamond Princess, detailed their predicament on social media, posting pictures of officials in masks and gowns conducting health checks, room service meals, empty corridors, and a barren deck.

China’s National Health Commission said another 65 people had died as of Tuesday, a new daily record taking the toll on the mainland to 490, most in and around the locked-down central city of Wuhan, where the virus emerged late last year.

There have been two deaths outside mainland China, both following visits to Wuhan. A man in the Philippines died last week, and a 39-year-old man with underlying illness died in Hong Kong on Tuesday.