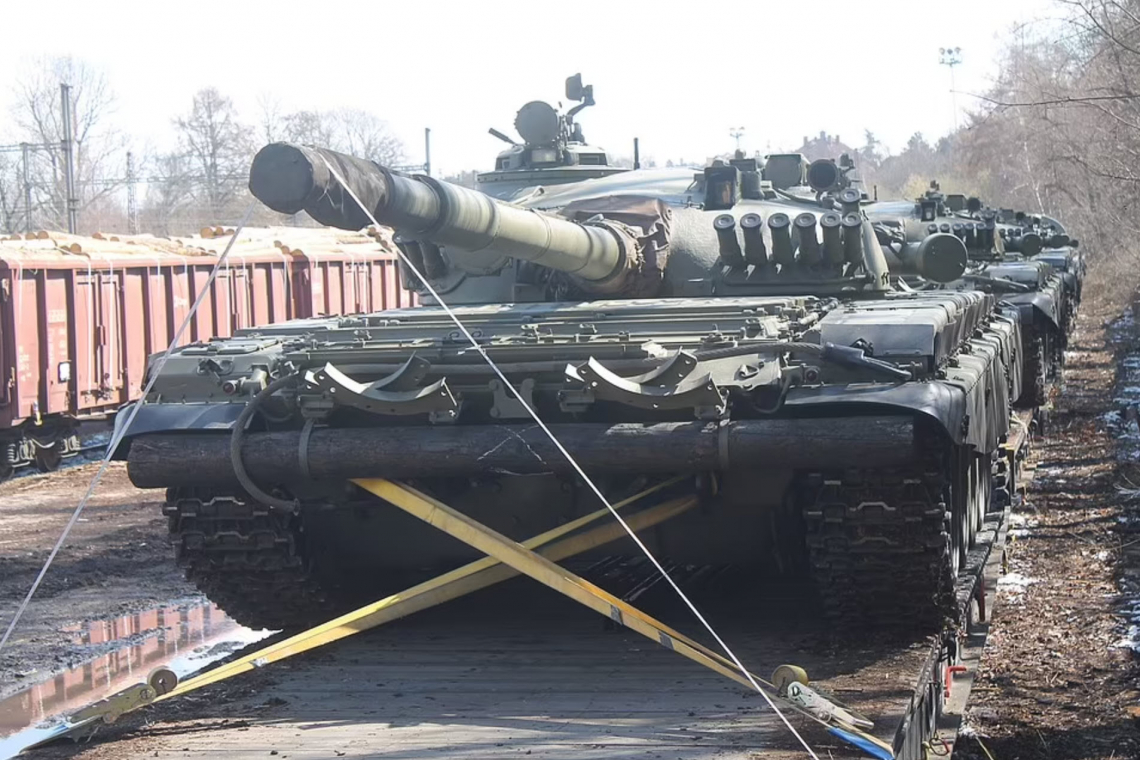 Several BVP-1 infantry fighting vehicles, howitzer artillery pieces and more than a dozen T-72 tanks were yesterday loaded on a train bound for Slovakia where they are expected to head on to Ukraine, footage run by public broadcaster Czech Television showed.

The delivery is understood to be a gift agreed on by NATO allies, raising fears the trans-Atlantic bloc could be dragged into the Russian war in Ukraine despite remaining on the sidelines for more than a month.

NATO leaders have so far given Ukraine anti-tank and anti-craft missiles as well as small arms and protective equipment, but have not offered any heavy armor or fighter jets. Prague's decision to supply tanks to Kyiv will pile pressure on NATO allies to follow suit.

Video of the armor being sent by the Czech Republic was broadcast on their Czech TV news, and appears below: