Tears are shed by many around the world for "those poor Ukrainian Refugees, fleeing the Russian Invasion."  But some of those "poor Ukrainian Refugees" graffiti Swastikas onto World War 2 grave sites and stab people in the face and neck in their host countries!  It has already happened in the Netherlands and now, here in New York City.

We begin in the city of Nijmegan in the Netherlands, home to the Jonkerbos War Cemetery (Link) World War 2 Military Cemetery and memorial to the victims of NAZIS.  Recent Ukrainian refugees are believed to have defiled the graves and the memorial, with spray-painted Swastikas and cheers for Ukraine's (NAZI) "Azov Battalion: 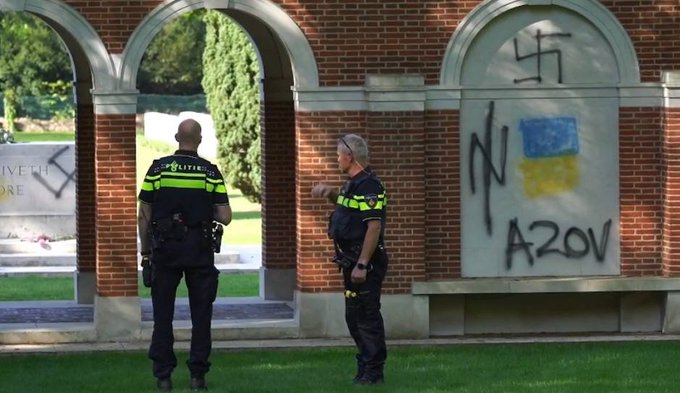 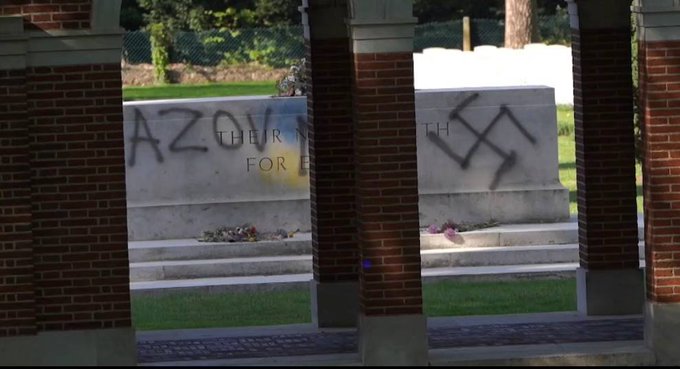 From a different angle: 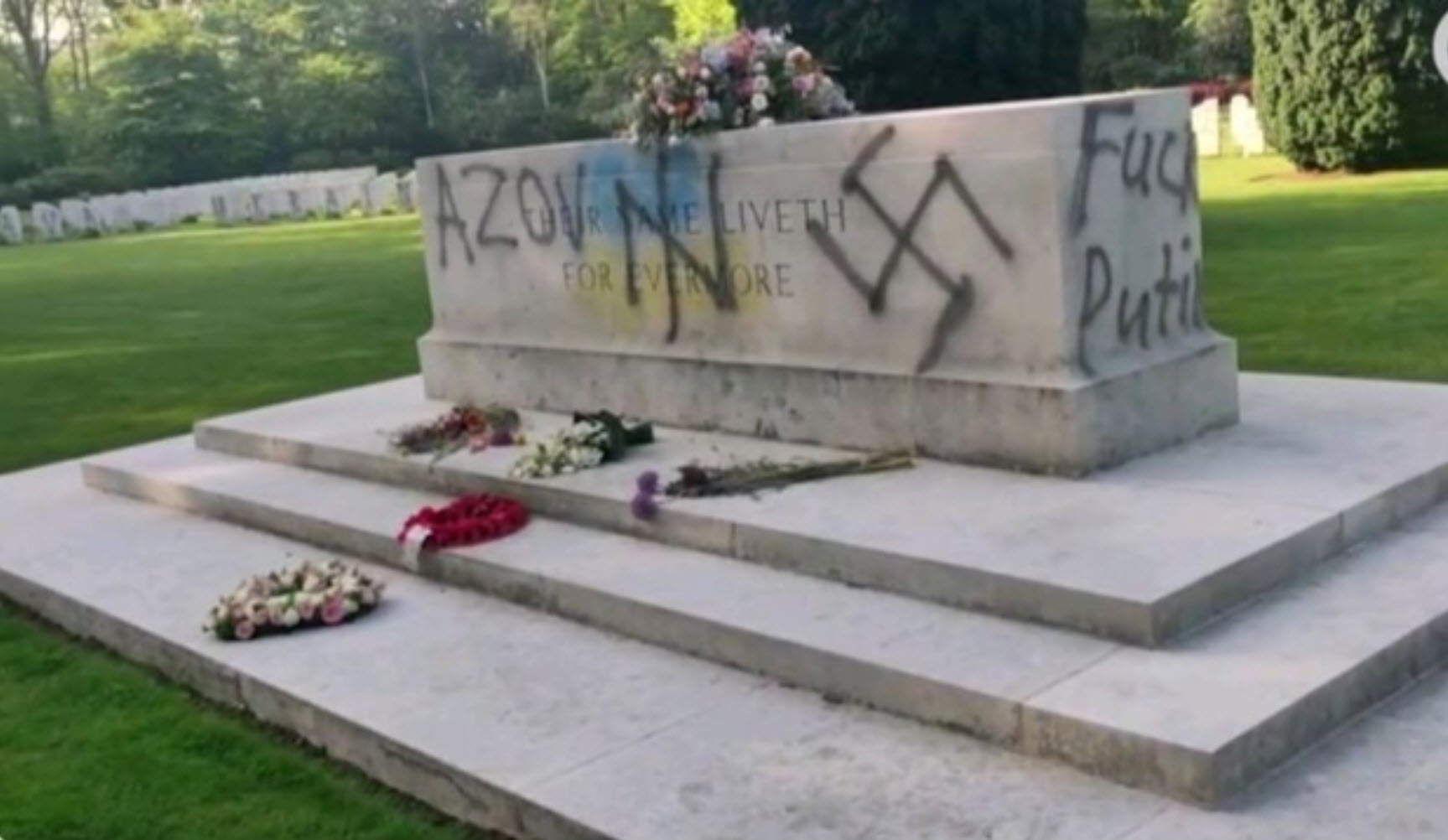 Even individual grave stones were not respected: 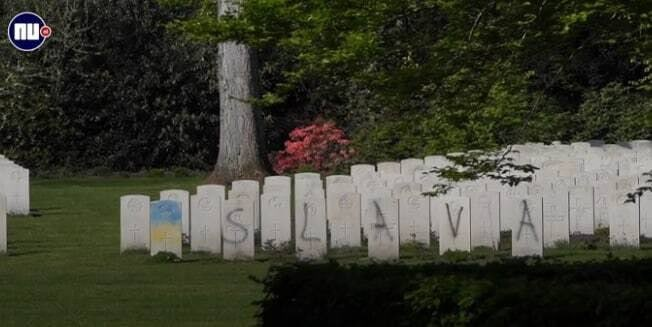 These graves are of men who died defending the Netherlands against the NAZIS in World War 2.

When the man who was being challenged refused to say what the Ukrainian guy demanded, the Ukrainian took two bottles, smashed them, and came at the "suspected Russian" stabbing him in the face and in the neck with the jagged edge of the broken bottles!

Images from the New York Post newspaper, show the victim after being stitched up: 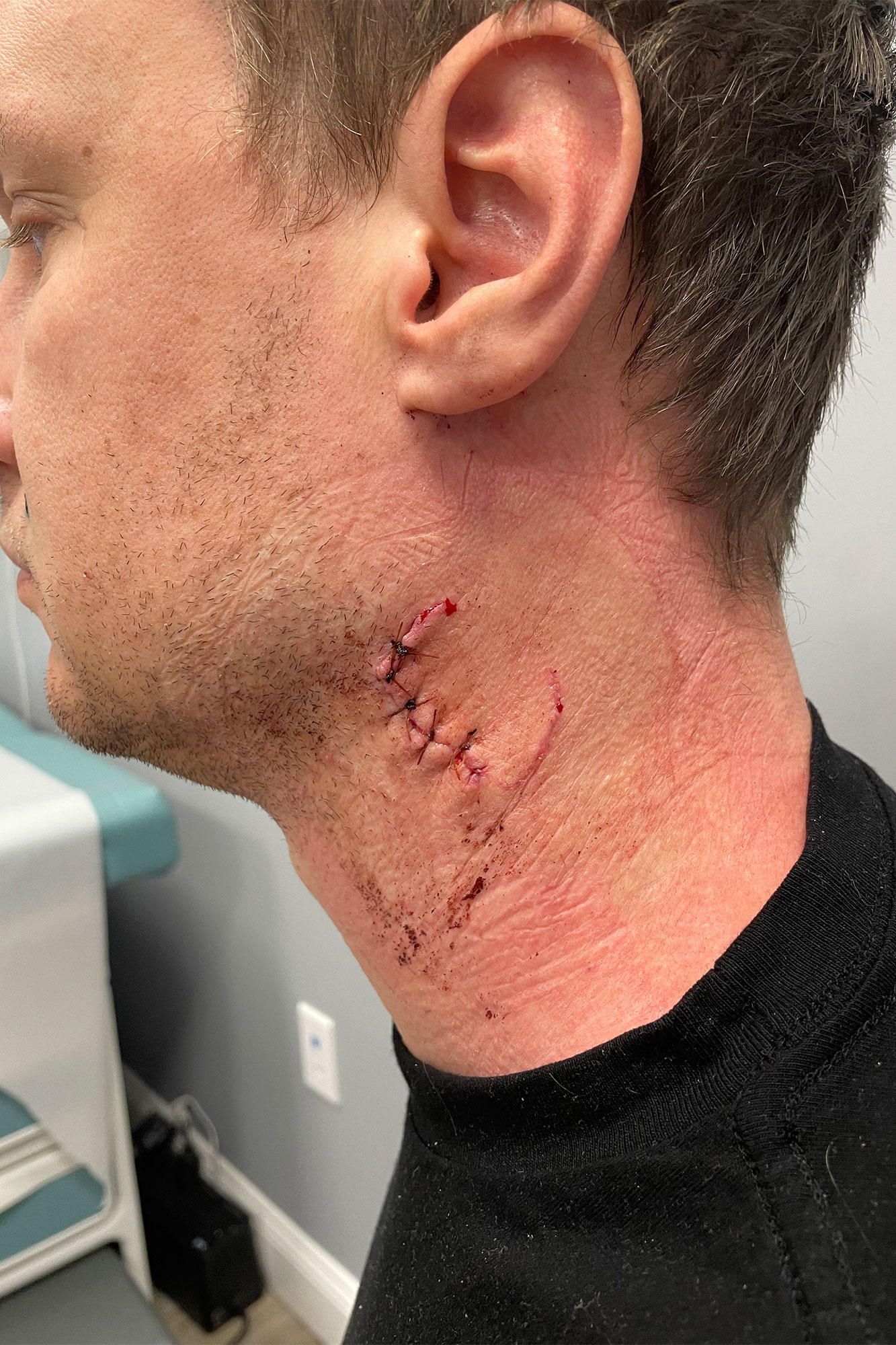 and his face, too: 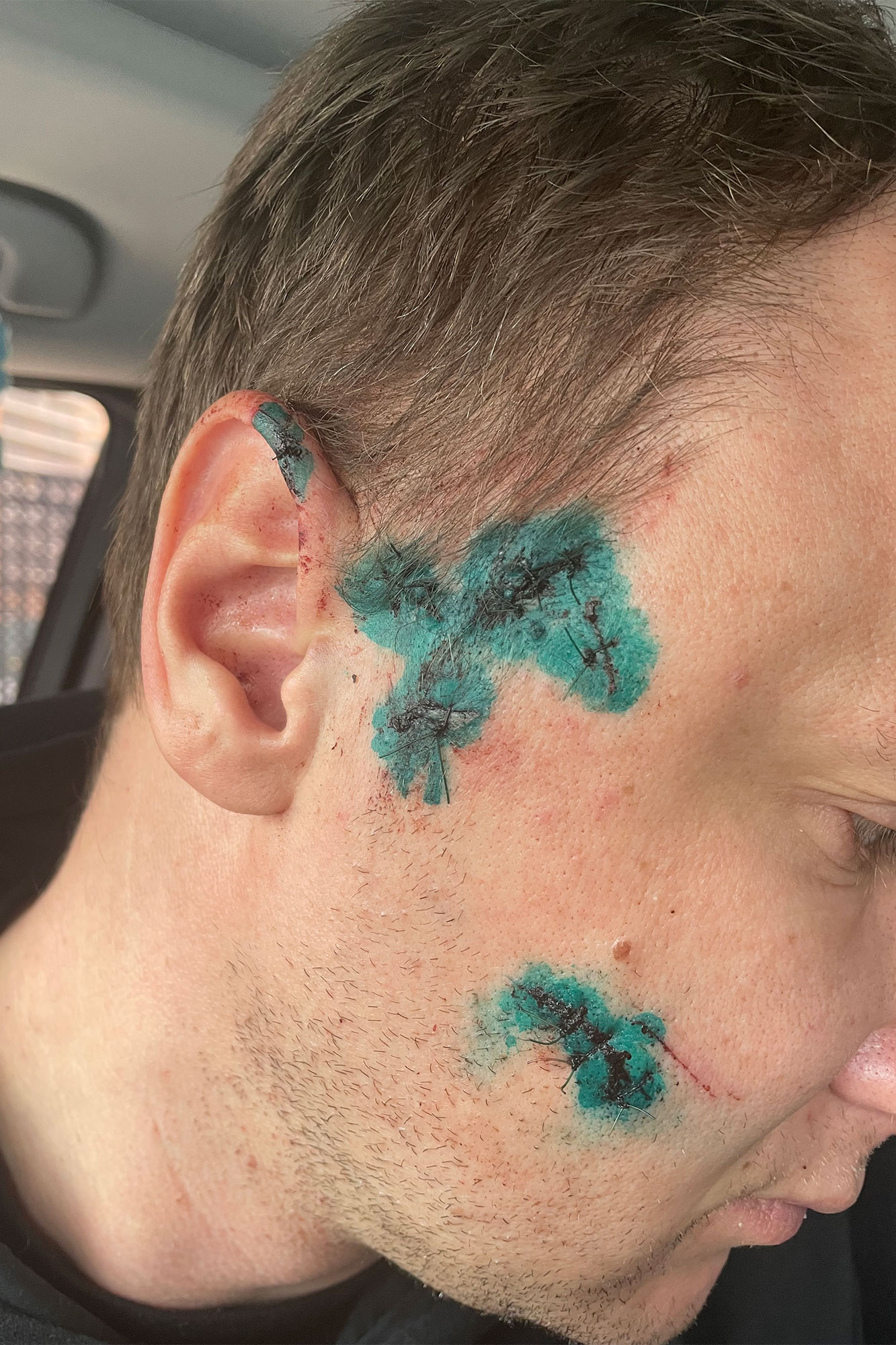 So before you decide to feel sorry for any of those "poor Ukrainian Refugees" you may want to consider they may actually BE real-life Nazis, ready to defile YOUR city, and stab YOU in the face and neck, like they've already done.