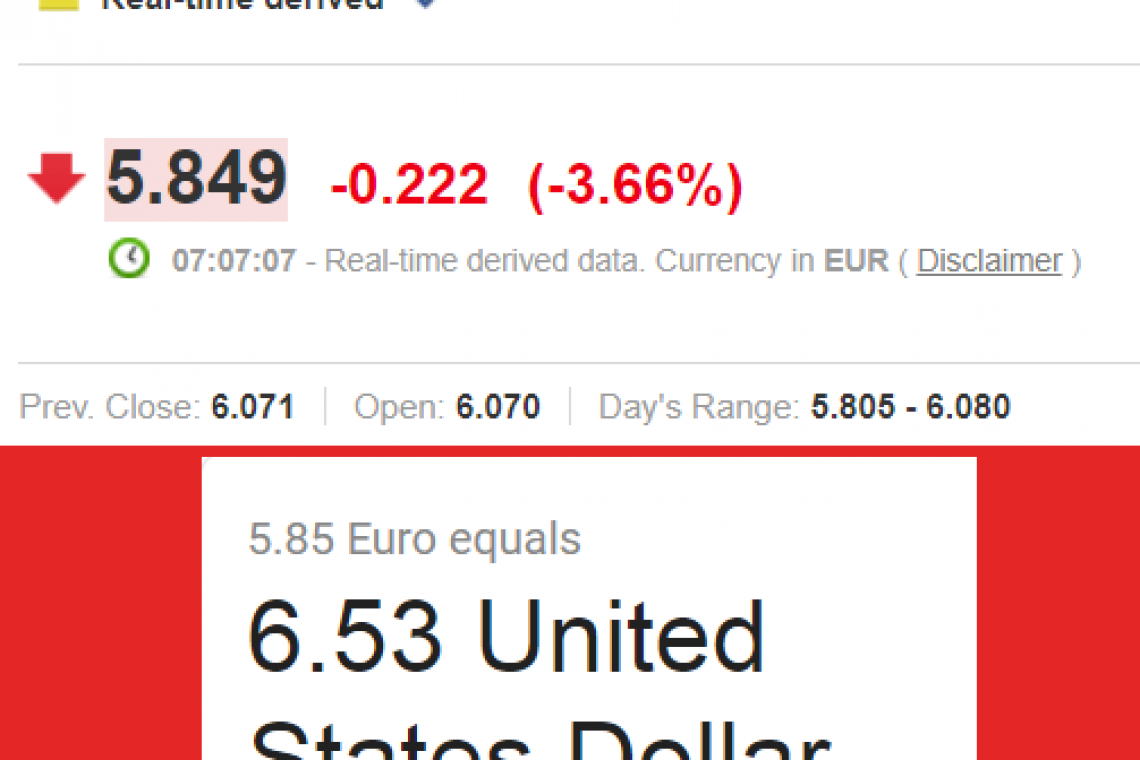 The price of Stock in Germany's Deutsche Bank has fallen to 5.849 EUROS which equals 6.53 Dollars.

This means a bank which has underwritten several QUADRILLION in Derivatives contracts, appears HEADED TOWARD being insolvent.

Thus, the Derivatives contracts they have underwritten appear to be close to having no value because the bank would not have enough money to cover them.

Today, August 15, 2019, could mark the end of the Global Financial System.  Hold your breath; if Deutsche goes under, it would be like the Lehman Brothers collapse - but on steroids -- about a thousand times worse.

Renowned geopolitical and financial cycle expert Charles Nenner says if there was ever a global canary in the coal mine warning for the financial system, it is Germany’s Deutsche Bank (DB). Late last year, Nenner predicted if DB stock went below $8 a share, “You should be worried.” Recently, DB stock hit all-time lows and now sits around the $7.40 per share level.

"If it breaks below $6.40, it can go out of business. So, it’s a very serious situation... I think all the markets can have a bounce in a couple of days to the end of July. That’s why DB might hold up, but if it gets below $6.40, the world is in trouble.”

This is not a hyped prediction considering the IMF called DB the “most systemically dangerous bank” in the world in 2016. If DB does break $6.40, do we get a daisy chain of default around the world? Nenner says:

“It is a very dangerous situation. I don’t think DB is the only one. They just got caught. I think if you look at the balance sheets very closely of other banks, especially Europe and Italian banks, you will see a lot of troubling signs also. I don’t think it’s only Deutsche Bank. It’s much more...

If it breaks $6.40, the downside price target is zero. If everybody watches my analysis and it does go below $6.40, everybody is going to run for the exits.”

If DB goes under with its massive book of derivatives, other banks would be in the same trouble as DB. Nenner said.