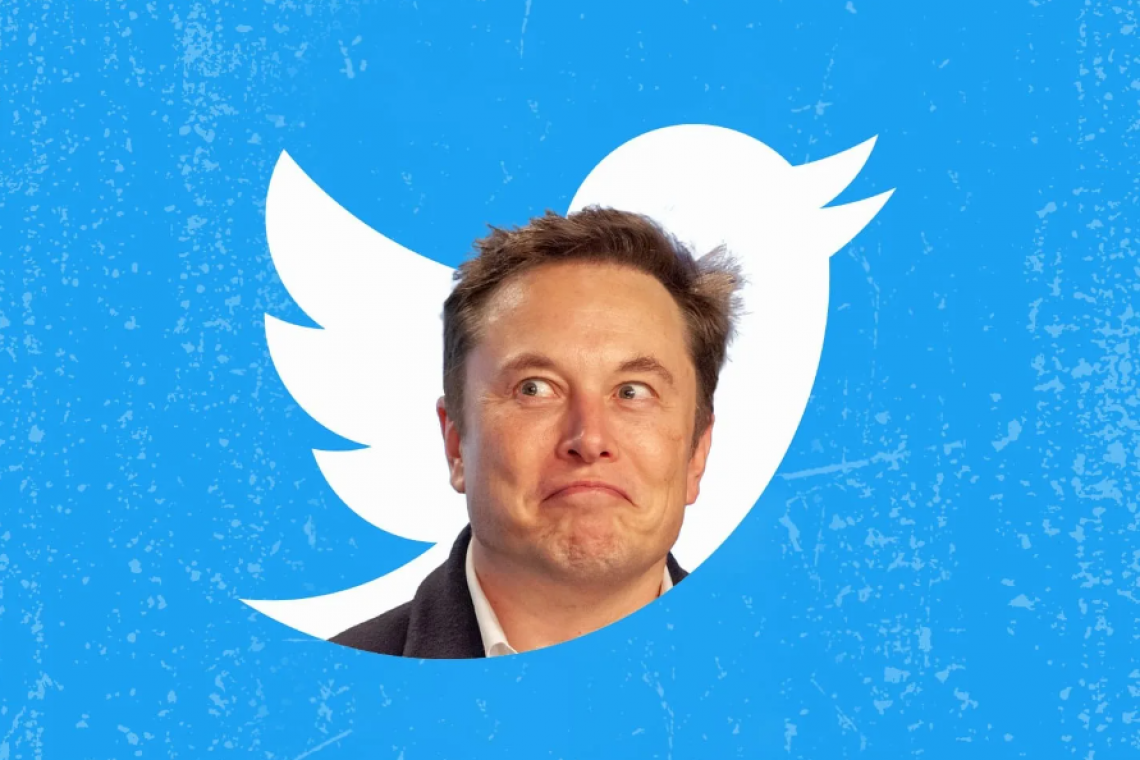 In a stunning example of corporate filth, Elon Musk, who bought Twitter for about $44 Billion, is now finding evidence the previous Executives may have engaged in literal fraud; not only against Musk to boost the purchase price, but also against the Court wherein they filed suit to force him to buy the company!

Wachtell & Twitter board deliberately hid this evidence from the court. Stay tuned, more to come … pic.twitter.com/CifaNvtRtt

At first glance, casual observers are saying this certainly explains why twitter’s senior counsel and CEO were fired — with cause.

They get No stock options, no bonuses, no golden parachutes.

If what Musk Tweeted holds true, he can go after billions from the board and executive committee; and perhaps the advertisers have some roll in the deception as well.

For instance, if the number of claimed users by Twitter was deliberately fraudulent, the former executives and Board of Directors might be Liable for the difference proportional to the stock price.

If 100 million users sold for $40 billion… but they had only 25 million users, they owe musk $30 billion plus court costs.

Oh this is going to get good. And there are clear injured parties, clear damage, absolute standing, and governmental oversight in the process. It wasn’t a private sale in a closed room.  The Securities and Exchange Commission (SEC) was involved.   This could be viewed by authorities as stock fraud by former Twitter execs.  People could go to prison for this.

I would be surprised if real justice was obtained.
# Beware MUSK = WEF Puppet — watchmann 2022-11-01 17:06
Elon Wears Halloween Costume with Baphomet on His Chest

And upside-down cross on the back. The armor is called "Devil's Servant".

And upside-down cross on the back. The armor is called "Devil's Servant".

"Elon Musk gets hilarious 'actual, real email' from Twitter about 'mandatory course' he must finish in 30 days on 'what it means to be a good manager at Twitter'

Billionaire business magnate Elon Musk, who recently acquired Twitter, posted a screenshot of an email he received from the Big Tech giant inviting him to begin a course called "Managing @Twitter 101."

"M101 covers what it means to be a good manager at Twitter by showing you how to create opportunities for impact, help your Tweeps grow their careers, and demonstrate care for your team," the note explained.

The message said that Musk had 30 days to complete the "mandatory course" and that once finished he would be enrolled in "Managing @Twitter 201."

"Just received this email from Twitter. This is an actual, real email that was autogenerated," Musk commented when sharing the screenshot — he also included two laughing emojis.

Many CEO/Owners of companies used motivation at all levels of management and especially the workforce. But they need to find where bad decisions are being made.

That's how we won by overproducing in WWII.

Yes, some of these tactics are foreign to us, but are well known and taught in the top businesses.

There are Philological Classes Collage & Universities teach where you can learn "The Games People Play" and how to short circuit these games using positive motivation.

Shock of Firing People is one game theory to discovery methods of Who/What/Where changes need to be made. More information is discovered from the workers saying just what is going on and what needs to be changed! (A-holes and good workers are found!)
+3 # Big Bad Fraudsters Exposed — Faith11 2022-10-31 15:57
The big, bad fraudsters are now exposed. It will be nice to see Elon Musk get a fair deal on this.
+3 # Its all lies — ehoag7@yahoo.com 2022-10-31 15:50
Good find Hal. This is all lies lies lies. They used Twitter, FB, and other social media to suppress the truth for elections. Twitter was especially guilty. The deep state was in bed with the coders at Twitter to make this happen. Musk knows this, everyone knows it. But the MSM gaslights everyone, "nothing to see here, move along". Well this truth and many others will soon explode.
+2 # Twitter execs are now like political officeholders — paulattahoe 2022-10-31 13:32
in that they will be protected from prosecution by the deep state-controlled DOJ, as was Hillary Clinton and many high-ranking corporate executives and corrupt politicians.

Musk will file civil lawsuits, but they can be out-maneuvered for years. We can only hope Elon eventually has the patience to break these political bastards.

Excellent. If he has some, he probably has lots or even all of them.

This should be very entertaining. Too bad he can't post the juicy stuff, since it would sour his coming court case. Where he sues them to oblivion for massive fraud.
+1 # Well, how about this recent article-Instagram Down — Nda 2022-10-31 12:19
Think they're running scared? All sounds rather unique in details as compared to your ordinary garden-variety ddos attack or server issues.

Check it out !!! While I ROFLMAO

And, far greater justice, for a case I have worked on for years, and only got as close as the scum's neighborhood/street where he lives, and lived, during the unspeakably evil murders of Abby and Liberty from Delphi, Indiana, found slaughtered on Valentine's Day 2017.

Please enter into prayers for the evil person's family; his loving wife and daughter, whose lives have now been destroyed as well. We pray in King Jesus name that God's angels watch over you and offer you peace, and a brand new life which fills your home with the endless love of God Almighty.

They must be feeling it already; to be rid of such evil among them. Please pray for a massive cleansing in their hearts and home, and that they turn to the power of Our King Jesus for healing, forgiveness and eternal abundant life, rather than allowing their lives to be destroyed by this monster as well.

At least some justice this way comes. Thank Our Father in Heaven. So hallowed His precious name. Praise Lord Jesus Christ Of Nazareth! Amen

At the end of January, Politico ran a story about General Motors CEO Mary Barra’s new professional challenge: Balancing GM’s support for the Biden administration’s Build Back Better economic plan with the Business Roundtable’s opposition to the same plan. Barra is the Roundtable’s chair for 2022, a role which will require her to make public statements about major public policy issues which affect businesses.

The article was evidence of Barra’s rise as a power player where business meets politics. Politico wasn’t subtle, citing her many appearances with President Joe Biden in support of his economic and green energy agendas. But the article also framed the Roundtable as having an “apparent contradiction” with Barra’s support for BBB because of the organization’s opposition.

“Barra is taking on a balancing act,” reported Politico. Both organizations’ positions are “unchanged,” despite sharing “a common emissary,” and both issued narrow, defensive statements about their positions on BBB. Politicomade sure the reader understood the subtext, describing the Roundtable as having “a statement that carefully threaded the needle between endorsing the bill’s climate change provisions and criticizing its tax increases.”

It's not easy to straddle two brands in the media; it’s impossible when the brands conflict on important political matters. Apple was the target of withering criticism in 2015 when it boycotted North Carolina over a controversial LGBT bathroom law even as it sold iPhones in Iran, where same-sex attracted men and women are legally executed. Chick-fil-A’s Christian customer base was deeply offended when the company temporarily stopped giving donations to socially conservative faith-based non-profits – donations which offended prospective secular markets into which the company was trying to expand.

There are many ways to avoid the complications which can plague business leaders when they take on roles that have political implications. The best way is to build a consistent umbrella brand which fully aligns with your values, beliefs, and public persona – and then set the narrative by comprehensively communicating that message.

What it appears that she didn’t do, however, was get in front of the fact that GM and the Roundtable disagree on a major bill. Barra could have set the narrative by highlighting where the organizations align, then amplifying her message through interviews, op-eds, third-party influencers, and social media.

Instead, she allowed Politico to define the discussion negatively, putting both groups she represents on the defensive.

· The day Barra became the Business Roundtable’s chair, have both groups issue press releases about where they agree on political issues. The releases would frame Barra as their important liaison to the domestic and international business and political communities. Instead, the Roundtable’s September 2021 release announcing Barra as chair was very generic, and offered little substance about where the Roundtable and GM stood on critical issues under discussion in Washington, D.C.

· Secure early interviews with CNBC, The Wall Street Journal, and Politicoabout how Barra will move the business community forward with her new role, and how the role is consistent with her role at GM.

· Have third-party influencers like other Roundtable board members amplify these messages on social media and in their own media appearances.

· Publish early op-eds in outlets like The Hill and The Washington Postabout what Barra plans to accomplish in her new role.

If you’re an executive who is involving your company or companies in politics – not something I recommend – you’re risking serious trouble in controlling your public persona. Your best chance of coming out unscathed is to be consistent from the start, and communicate that consistency early and often. Don’t make Barra’s mistake in letting anyone else set the narrative for you.
Dustin Siggins is a business columnist and founder of the publicity firm Proven Media Solutions.
# Spelling — njc 2022-10-31 07:46
role...liable
+4 # All Social Media is rampant with — supporttheblue 2022-10-31 07:36
Lies and fraudulent deception to increase stock value and contracts the national narrative. Buyers get what they accept without full investigation of what they’re purchasing. Thanks
+3 # Control of the national narrative — supporttheblue 2022-10-31 07:37
. Thanks
+3 # RE: Elon Musk Cries FRAUD: Says Twitter Execs Tried to HIDE Real User Numbers from the Court / SEC — Erfman 2022-10-31 07:22
Yes, but the perpetrators are leftist.

Leftists don't have to obey laws like the rest of us.
+4 # RE: Elon Musk Cries FRAUD: Says Twitter Execs Tried to HIDE Real User Numbers from the Court / SEC — marinerark@yahoo.com 2022-10-31 07:18
Why is this so Important? Well. . . It seems that the millions of People who use Twitter...were being directed By Corporate Greed...as Far as Stock Prices...BUILT ON FALSIFIED NUMBERS... or Lets Just say to be Simple...An FALSE BALANCE...! The Story is Clear, But of this World. Jesus is Coming soon.
+11 # Watch the ducking and diving.. — Lexie 2022-10-31 07:17
I hope they broke the rules so much that their happy lives are over and Elon takes the lot of them to the cleaners. Bunch of snide power hungry twits.
# Of course — TerraHertz 2022-11-01 04:35
They are Liberal/Leftist/Woke/Commies. Of COURSE they broke the rules *so much*. As they feel they are entitled to.