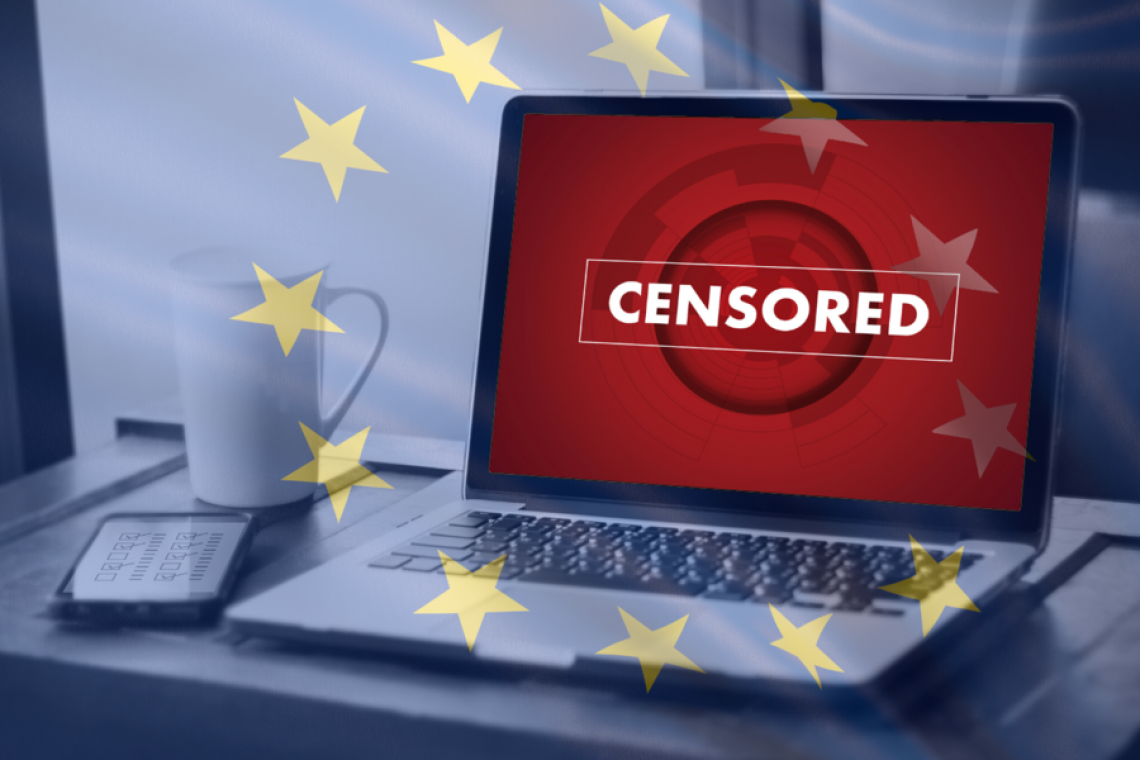 Members of the European Union have agreed on a new set of laws which will force Big Tech to take proactive action against what they call “hate speech” and, more ominously, “disinformation online.”

The new Digital Services Act now appears likely to result in even further clampdowns on free speech online, with sites with more than 45 million active users to be forced to more actively police content deemed to be either illegal or “harmful”, with “disinformation” also being a major target of the newly agreed legislation.

According to a report by Euronews, all 27 EU member-states have agreed in principle to the new measures, which will see the likes of Amazon, Twitter, and Google fined for up to six per cent of their global revenue should they go against the act once implemented.

“With the DSA we help create a safe and accountable online environment,” said one EU mandarin regarding the new measures, which look set to come into effect by 2024 at the earliest.

“Platforms should be transparent about their content moderation decisions, prevent dangerous disinformation from going viral and avoid unsafe products being offered on market places,” they continued, as another political talking head bragged that the bloc was bringing an end to the “wild west” era of the internet.

Meanwhile, European Commission president Ursula von der Leyen has claimed the measure will actually protect freedom of speech — though did not mention the provisional inclusion of so-called “hate speech” in her statement posted online — and that it would allow users to challenge content moderation decisions either in or outside of court.

“The DSA will upgrade the ground-rules for all online services in the EU,” the Commission president said. “It will ensure that the online environment remains a safe space, safeguarding freedom of expression and opportunities for digital businesses.”

“It gives practical effect to the principle that what is illegal offline, should be illegal online,” she claimed.