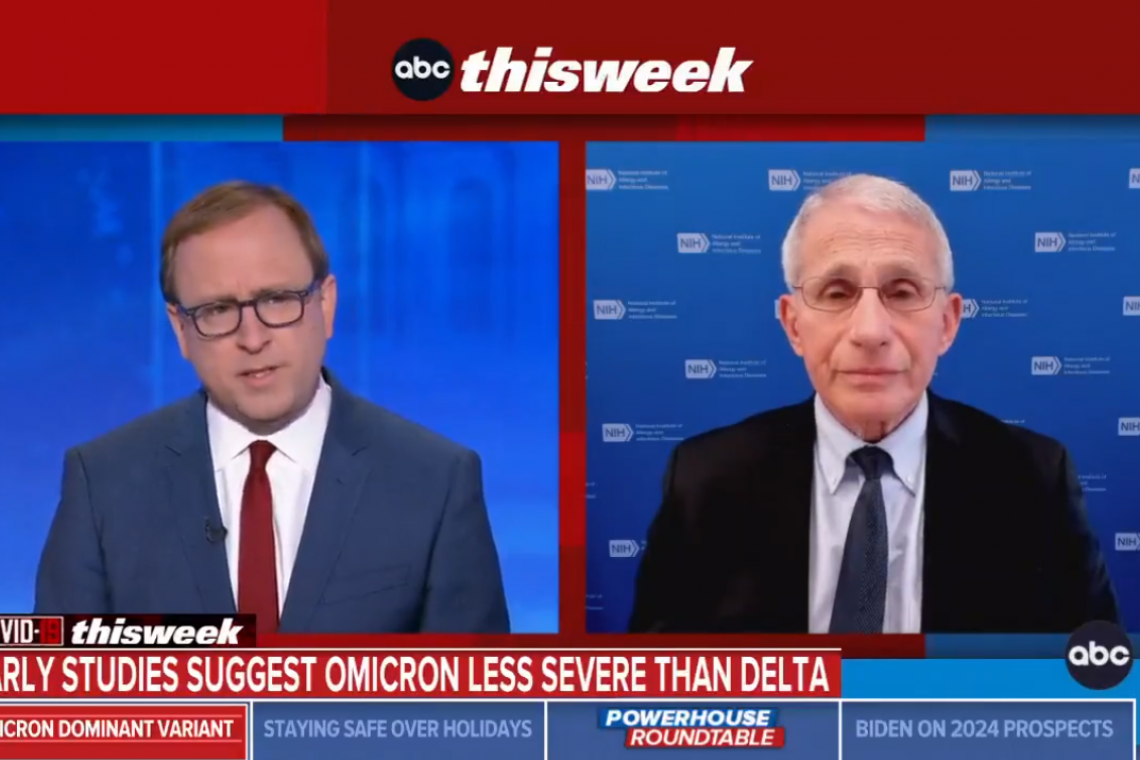 Appearing on ABC News "This Week" Dr. Anthony Fauci, an apparent Quack Doctor from the US National Institutes of Health, said "mandates" are just a way to get people to take (the experimental gene therapy which is masquerading as a ) "vaccine" for COVID.

“Anything that could get people more vaccinated would be welcome,” Dr. Anthony Fauci says when asked by @jonkarl about potential vaccine requirements for domestic air travel. https://t.co/CxSdhhlI9G pic.twitter.com/KHVeu6nmTH

The quackery involved in the entire COVID debacle is astounding.

In the video below, audio excerpts of private entrepreneur and vaccine obsessionist Bill Gates, President Joe Biden, Dr. Fauci, then Rochelle Wallensky, Director of the Centers for Disease Control (CDC), in Atlanta, tell Americans how terrific the vaccines are, and then shows the devolution of their claims over a one year or so period.

You will see below, as the year wore on, they simply changed their tune, admitting the vaccines do not prevent people from getting infected, do not prevent them from spreading the disease, and do not protect them from being hospitalized or even dying!  In short, they, themselves, make the case that the so-called "vaccines" are, essentially, useless!

How the video unrolls is as follows:

They explicitly make these precise claims!

For instance, appearing at a CNN Town Hall, Biden explicitly tells Americans "You're OK, you're not going to get COVID if you have these vaccinations."

Then, Dr. Fauci says "These vaccines are highly, highly effective."

Afterwards, Dr. Rochelle Wallensky of the CDC says "Vaccinated people do not carry the virus, Don't get sick . . ."

Next, Fauci is seen again claiming "They're really good against variants."

Bill Gates is then seen saying "Everyone who takes the vaccine is not just protecting themselves, but reducing transmission to other people, allowing society to get back to normal."

Next, Rochelle Wallensky from CDC is seen in a later TV appearance saying "Get your first shot and when you're due for your second, get your second shot."

Then Bill Gates is back saying "A key goal is to stop the transmission, to get the immunity levels up so that you get almost no, almost no infection going on whatsoever."

Next we see Dr. Fauci telling AMericans "When people are vaccinated, they can feel safe that they are not going to get infected."

This slides right into yet another Biden TV appearance wherein he tells Americans "If you're fully vaccinated, you no longer need to wear a mask."

The mask change is then picked up and spread by Rochelle Wallensky of CDC who is seen on another TV appearance telling Americans "Anyone who is fully vaccinated, can participate in indoor and outdoor activities, large or small, without wearing a mask or physically distancing."

All good so far, right?

The very next segment is the same Rochelle Wallensky, appearing on CNN with Wolf Blitzer, saying "What they can't do anymore is prevent transmission."

Then, we see Bill Gates, do a 180 degree about-face, and say on TV, "we didn't have vaccines to block transmission . . . We got vaccines to help you with your health, but they only slightly reduce transmission.  We need a new, a new way of doing the vaccines."

Then comes Rochelle Wallensky telling Americans "Reports from our International Colleagues, including Israel, suggest increased risk of severe disease amongst those vaccinated early."

Then Fauci audio is heard saying "And if you look at Israel, which has always been a month, to a month and a half ahead of us, they are seeing a waning immunity, not only against infection, to hospitalizations and to some extent, death.  A booster might actually be a primary part of the regimen people should have."

Next, out comes Biden at a Presidential podium announcing "The plan is for every American to get a booster shot . . ."

Lastly, out comes video of Bill Gates speaking about vaccines and saying they are "clearly one of the best investments I've ever been involved in."

Many, many viewers will see that almost EVERYTHING these people have told us about these vaccines has proved to be false.

Many of you may come to the conclusion they are con artists and quacks. Here. Watch:

Hal Turner Opinion: I think these people should be arrested for Fraud, stripped of their medical licenses for quackery, and thrown in prison for the crimes against humanity that resulted from the widespread use of these so-called "vaccines" which have literally killed tens of thousands, severely injured hundreds of thousands, and destroyed people's freedoms and financial condition.

If YOU value this journalism, please help support it with a small donation right now.  We need to raise funds to keep this web site alive into the new year!