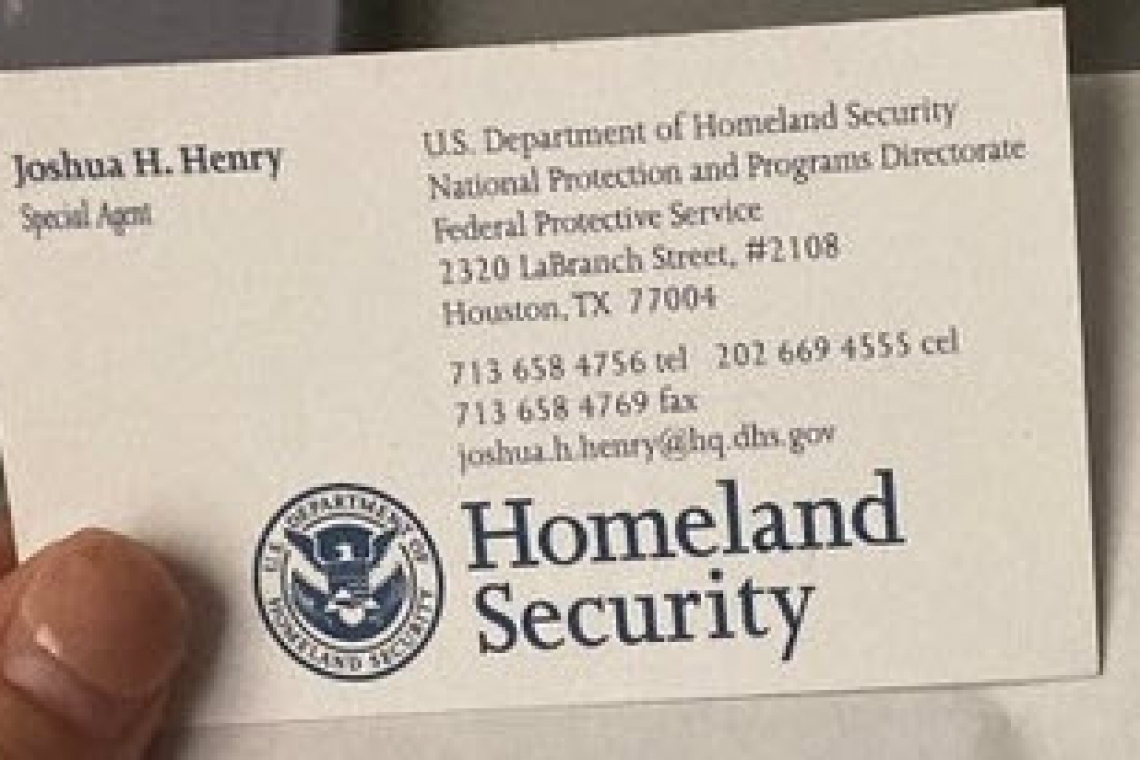 Four (4) federal Agents from the U.S. Department of Homeland Security, paid a personal visit to Madeline Walker of Texas, to warn her, in writing, that her "harassing and threatening" social media posts about government " are unnecessary and unwelcome" and if she doesn't stop, they will arrest her under 18 USC 115.

Now, Ms. Walker is a radical leftist, pro-abortion person.   In a recent social media post on Twitter about the US Supreme Court overturning Roe v. Wade, she wrote:

"Burn every fucking government building down right the fuck now.  Slaughter them all. Fuck you god damn pigs."

Ms. Walker then found four federal agents banging on her Texas home's front door early this morning.   Among those agents was:

Joshua H. Henry, Special Agent, U.S. DEPARTMENT OF HOMELAND SECURITY, National Protection and Programs Directorate, Federal Protective Service  out of Houston, TX, who questioned her about her posting and handed her this letter: 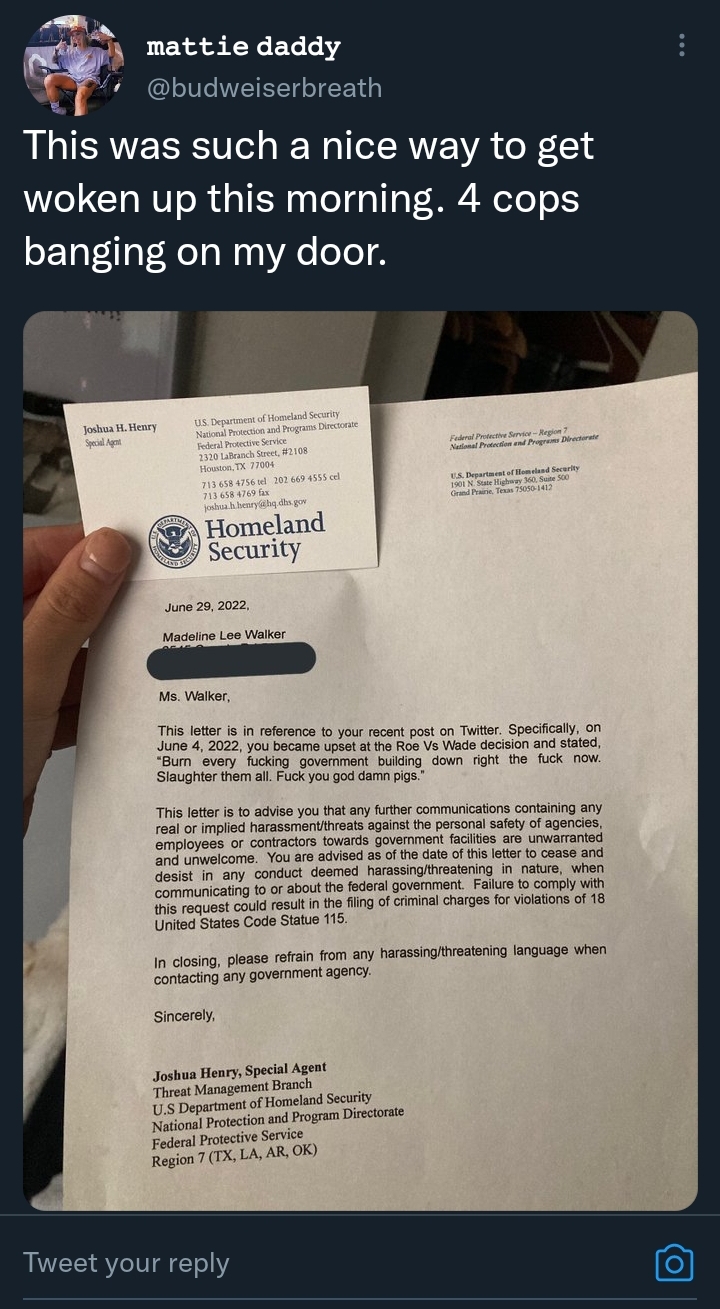 For what it's worth, the Statute they cite is the precise statute under which I was personally convicted, after THREE trials in US District Court back in 2009 and 2010.

First trial in December, 2009, resulted in a Hung Jury.  Second trial in March, 2010 also resulted in a Hung Jury.   By the third trial, I was Bankrupt from having been held without Bail for writing an Editorial they didn't like, filed bankruptcy because I could no longer afford to pay my attorneys - or anyone else- having been held in jail for 119 days without bail, and was given a  public Defender.  He did such a poor job that, at trial three in August, 2010, I was convicted.

I was Sentenced to 33 months in federal prison, for including in my Editorial about a Gun Control case in Chicago, my opinion that "these judges deserve to be killed."

I was held in the Communications Management Unit (Terrorist Unit) at the Federal Correctional Institution in Terre Haute, Indiana.  Tighter security and fewer privileges than Super Max!

So, in short, I said someone "deserves" to be killed and got 33 months federal terrorist prison.  She told the world: ""Burn every fucking government building down right the fuck now.  Slaughter them all. Fuck you god damn pigs." and she got a hand delivered cease and desist letter.

So right-wing conservatives like me get prison, while left-wing maniacs get a cease and desist letter.   Same criminal statute!  How's THAT for "equal protection of the law?"

Oh and about the letter above, this is how they intend to intimidate Americans into shutting up.   Calling protected speech "Harassment/threats" is deliberate intimidation by them.

Such is the state of "liberty" in the USA.