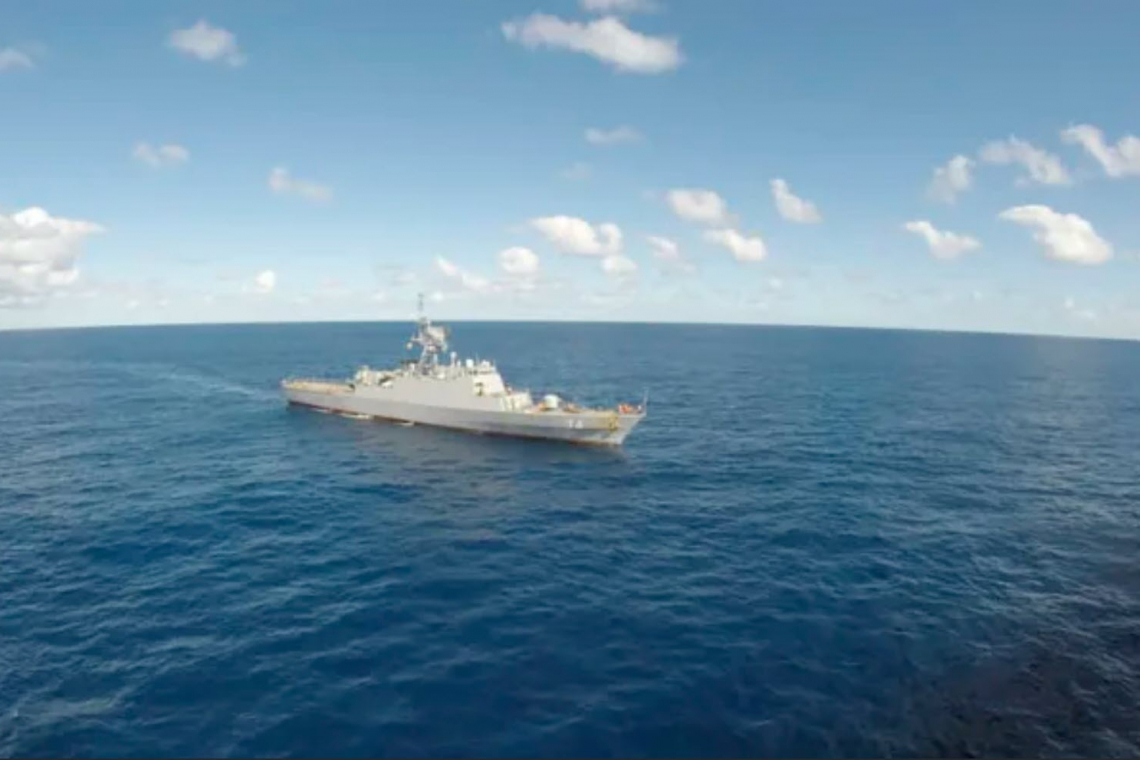 An Iranian destroyer and support vessel are now sailing in the Atlantic Ocean in a never-before mission far from the Islamic Republic, Iran's state TV reported on Thursday, without offering the vessels’ final destination.

The trip by the new domestically built destroyer Sahand and the intelligence-gathering vessel Makran comes amid U.S. media reports, citing anonymous American officials, saying the ships were bound for Venezuela.

This is the first time in the history of the Islamic Republic that Iranian naval vessels have entered the Atlantic Ocean.  This could allow those vessels to fire long range missiles and hit the east coast of the United States -- at least once -- before they were destroyed by the US Navy which is orders of magnitude larger, and far more experienced at blue water operations.

Never in the history of the United States, have relations with Iran been so bad, and a US President considered so weak, that Iran has sent warships to the Atlantic.

This is what American gets for its ILLEGITINATE PRESIDENT, Joe Biden, who gained office via massive election fraud.