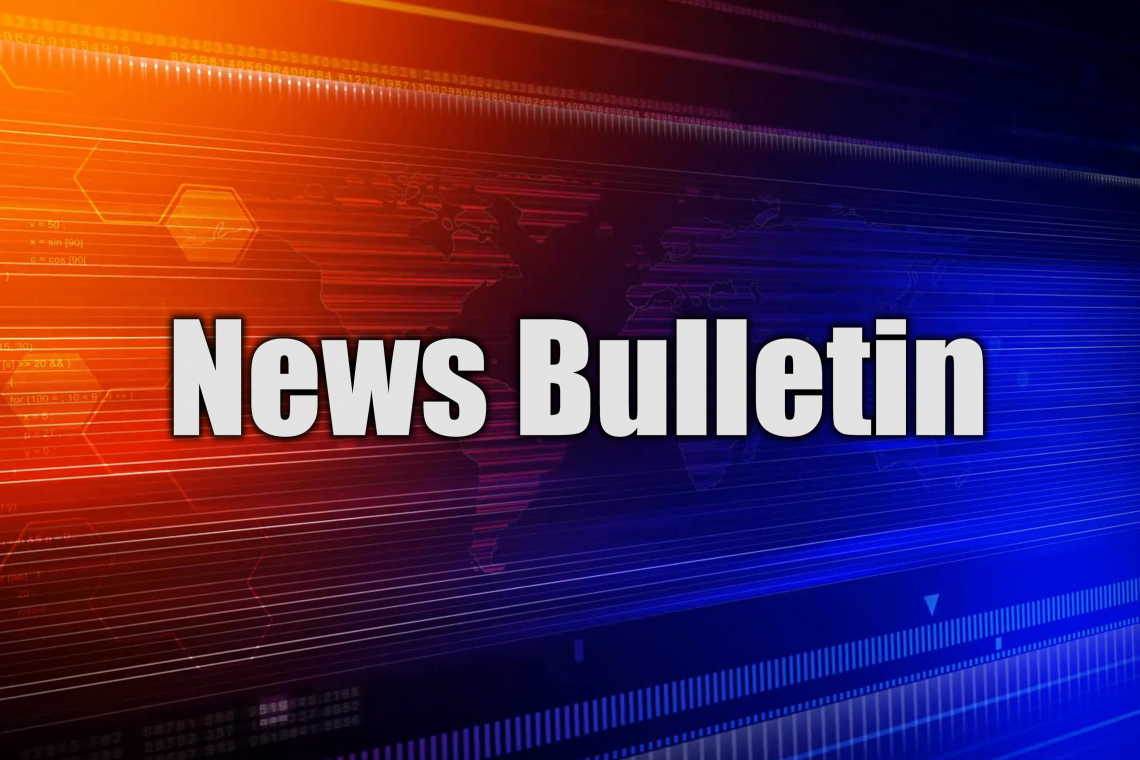 BULLETIN: The government of the Canary Islands is warning residents on the Island of LaPalma to prepare for a possible "Intensity" 6.0 or greater earthquake, and massive landslides.

Modern modeling suggests that even if a huge amount of soil hit the ocean there, the large waves would be localized. After traveling across the Atlantic, the waves hitting shore would be approx. 1-2 meters, or 3-7 ft.

In 1946 an Alaska earthquake wiped out the Hilo waterfront in Hawaii and killed 159 people. In Wiapi'o valley on the Big Island Tsunami evidence shows dugout canoes washed up 500 feet above the valley floor.

"Waipi'o Valley remained well-populated until 1946 when a magnitude 8.6 earthquake in the Aleutian Islands triggered a massive Pacific-wide tsunami with waves ranging from 45-130 ft. high. Waipi'o Valley was hit by this tsunami, and though no-one was killed, most of the structures in the valley were destroyed."
+1 # Watch it for your self — Bill51 2021-10-22 12:05
This is a good live link

https://www.youtube.com/watch?v=WHVUP_Ic6aY
# Buoy Information — Leigh Downing 2021-10-22 11:42
I am wondering where people are getting their information that only 1 buoy is working off the East coast? If you go to https://www.ndbc.noaa.gov/ I am seeing several. Where can find more information on them not really up and running?
+4 # Buoys Screenshot — iCanWalk 2021-10-22 12:02
Quoting SeasideSC:

I am wondering where people are getting their information that only 1 buoy is working off the East coast? If you go to https://www.ndbc.noaa.gov/ I am seeing several. Where can find more information on them not really up and running?

If everyone can "focus" thoughts and pray to the creator He will stop this from happening. Maybe all this FEAR is giving power/energy to the beast?

Welcome to the forum Mr. Rip Van Winkle. New Age Religions and its quasi-heretical prayers have been inoperative not for the moment now but forever.

Now is the time on the threshold of Great Chastisement, even for Roman Catholics it is time when Grace has stopped flowing from Haven, because the Holy Mass is no more!

Douay-Rheims Bible
Daniel 12:11
[11] And from the time when the continual sacrifice shall be taken away, and the abomination unto desolation shall be set up, there shall be a thousand two hundred ninety days.

Hal Turner received a call yesterday from a geologist reporting to him that all tectonic plates have suddenly ceased up and the number of earthquakes as well as their intensity have inexplicably decreased suddenly.

This is just the quiet before the storm. Between November 12th and 20th a brown dwarf, (unwelcomed guest in our solar system since November 2016 when flying from deep space it brushed by Uranus with its three planets) will be crossing the Ecliptic plane again near the Earth, and by doing so multiply all the problems on earth by several orders of magnitude. See the wacko performance recently by Captain Kirk (aka William Shatner), when he emerged from Bezos space capsule after 20 min. space flight and started mumbling about death that he saw in the depths of space!!! (below) What exactly did he see? Did he maybe catch glimpse of the brown dwarf? He certainly did not talk of Romulans or Klingons!

Everything will start on the 12th of November. be ready. Finish prepping. The 11th November is the end of the 1290 days of Daniel where the Eucharist has been stopped by the Covid false flag in these last days of the Age.

'
+7 # Krakatoa II? — Man of the Atom 2021-10-21 23:58
If water is seeping into the vents, that is a possibility - such an explosion could surely push parts of the island into the sea. Watch and pray for guidance.
+8 # If this thing blows, the poeple on the island will be the first but not the last to die — Man of the Atom 2021-10-22 00:09
The Spanish government should have evacuated their people.
+5 # Why would they? — Nunya 2021-10-22 05:27
remember this is a 1wgov. end game is less than 500 mil people left worldwide.
+6 # backside vent — deplorable in the desert 2021-10-21 22:38
this thing is going apeshit behind the main cone. massive amounts of smoke and ash. starting to really flare. its down aways from the top and the plume is higher than the ones on the main vent. there was a 4.4 a couple hours ago. been a steady diet of mid 3's most of the day. opening on the main cone is getting smaller and smaller from all the build up. at this rate its gotta give soon
+1 # Backside Vent — Heather Adkins 2021-10-22 09:29
After watching the livestream for at least 8 hours total
. I have seen the back vent to left of main cone, the main cone, and the vent on bottom right of main cone, all three simultaneously lit up like blowtorches. That vent does and has emitted massive lava sprays, but is intermittent, whereas the main cone and bottom right vent are more consistent, and regularly erupt together. I have seen back vent fully spewing lava already. It's almost like they hide it, or no live feed I watch, and there are several live YouTube streams, fully shows that back vent.
+9 # For those asking about Steve Quayle — WarER 2021-10-21 21:48
https://www.brighteon.com/33f86048-a9e3-46da-93de-0d21c9f1155c
+2 # Thanks for Link — Steve 196th Inf 2021-10-22 07:24
Thank you WarER
+17 # Plan to move fast. — Maveric 2021-10-21 21:10
If this things does blow like that and takes out most of the island, we won’t know if a tsunami is coming. The video feeds would be wiped out as well. Those of you on the coast should move inland fast and wait to see what comes. Sitting around wondering “if” could get you killed. Don’t count on the lone working bouy either. If a tsunami is generated, they’ll turn it off. If the video feeds die, expect the worst and move fast.
-3 # does not say 6.0+ — Rubber Tramp 2021-10-21 21:02
The announcement says earthquakes 4.3 or greater, specifically NOT 6.0 in magnitude.

The announcement says earthquakes 4.3 or greater, specifically NOT 6.0 in magnitude.

The announcement says earthquakes 4.3 or greater, specifically NOT 6.0 in magnitude.

Hal specifically pointed out level 6 intensity, not magnitude. I didnt mean to give you a thumbs up.Typing on phone with big fingers

The Richter Scale measures the energy released by an earthquake using a seismograph. A base-10 logarithmic scale is obtained by calculating the logarithm of the amplitude of waves recorded by the seismograph.

I love all the scoffers and naysayers trying to deny or minimize the possibility/probability of this thing letting loose.

They are like all the other morons out there yammering on about "Global Warming" who then changed it to "Climate Change" when the facts didn't fit their theory, or, rather, when they got caught trying to change the facts to fit their theory. :-D

We all know you're just a bunch of brainwashed Gaia acolytes blinded to reality by your own lies.

All the way to the right we can see that there are more and more earthquakes in the past 2 Days.
And are also slowly creeping upward

I can't find any of the La Palma activity on the USGS site at earthquake.usgs.gov. Seems like someone is censoring the data.

Considering how badly Resident Biden and his cronies are f*cking things up, I have to say I'm rooting for the volcano.

Look at the Japan volcano yesterday.

The earthquakes have been working their way upward from the 10 -15 km range. They are now pushing upward to the 5-10km range now. This means that the lava is working its way up. Even their government is stating the magma is building down there.

The earthquakes have also been spreading east of the ridge where the fault line is located.


Also after reading the University of California study done on the island they state that indication of of a massive landslide would start with signs on the EAST side of the mountain ridge.

The axial wobble of the planet is also is at its greatest distance since 2015. In 2016 the solar system tilted 6 degrees and aligned with a brown dwarf star system. The axial tilt at that time is the greatest I have ever seen it.

This is the axial wobble chart. THe guy stopped updating it. But you can print out a blank graph and run the data yourself. Right now we are following the BLUE line 2015 at the very top and you can see next year (the green Line) where we may possible go.
# COOL site ....thanks — NHydg 2021-10-21 19:07
Over the years I have been doing some charting with the sunset location and times ....... this chart takes care of that ........Thanks for the link post
+12 # RE: FLASH: CANARY ISLANDS GOVERNMENT WARNING CITIZENS TO PREPARE FOR 6.0+ EARTHQUAKE AND MASSIVE LANDSLIDES — Robert A 2021-10-21 18:10
A Tsunami on the east coast would fuck over North America completely. The Illegitimated Ahole has west coast ports paralyzed with idiocy. The east coast ports are getting busy as alternates if these get taken out the US and Canada are so royally fucked its beyond comprehension. This is close to a check mate type of move if of course this Volcano is being artificially pushed.
+1 # YUP .... — NHydg 2021-10-21 19:09
The evil ones know what they are doing ..... GREAT observation
+1 # RE: FLASH: CANARY ISLANDS GOVERNMENT WARNING CITIZENS TO PREPARE FOR 6.0+ EARTHQUAKE AND MASSIVE LANDSLIDES — Gunner 2021-10-21 19:05
This is what we get when 99.9% of us sit back for DECADES like impotent, limp-dick do Nothings and here we are in modern day Titanic. We the people have cut our own damn throats my friends. We allowed the gov't and their ass-clowns to pull all of these antics unanswered...
+1 # Trust me, if this thing blows in the worst possible way, there will be NO government! — Man of the Atom 2021-10-22 00:05
It will be like some sci fi movie - anyone in LE with a gun will run home to protect their own family - even those in DC. It will be instant chaos nationally.
Refresh comments list
RSS feed for comments to this post
JComments
by sur.ly
100% Trusted Informational Platform Website 2021