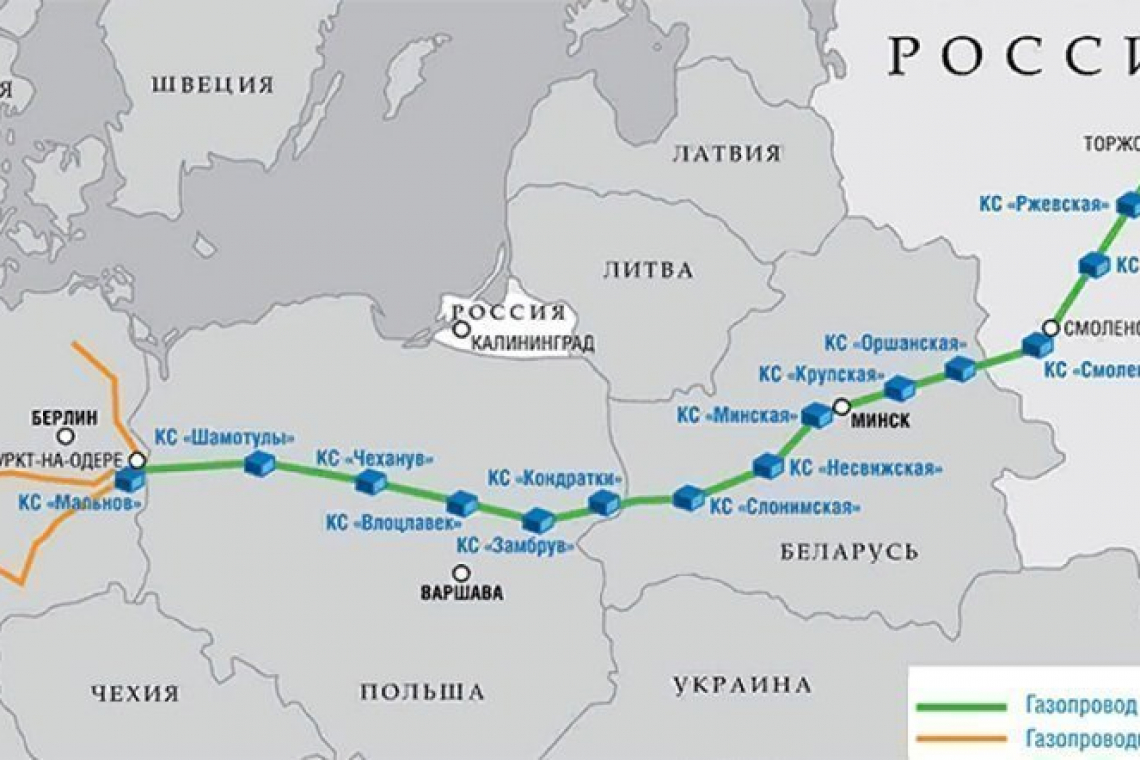 Physical gas flows through the Yamal-Europe pipeline at Germany's Mallnow point fell to zero on Tuesday afternoon, data from operator Gascade showed, while Russian gas deliveries to Europe on the other two key pipeline routes were broadly steady. . . for now.

Eastbound flows into Poland from Germany along the Yamal-Europe pipeline at the Mallnow border point last stood at 1,451,155 kWh/h by 1300 local time (1100 GMT) but since then it has fallen to zero, data from operator Gascade showed.

The usually westbound pipeline reversed on March 15 as bookings to ship gas into Germany fell to zero, while Polish customers bought gas from Germany.

Gascade did not immediately respond to Reuters request for comment.

Russia said it would work out practical arrangements by Thursday for foreign companies to pay for its gas in Rubles, raising the probability of supply disruptions as Western nations have so far rejected Moscow's demand for a currency switch.

Europe has flatly stated they will not pay in Rubles.   Russia responded saying "We are not a charity, if you do not pay, then supplies will stop."

European nations imposed economic sanctions upon Russia over its entry with military force into Ukraine, to De-militarize and De-Nazify the country.  Those Sanctions forbid transactions with Russia in EUROS or US Dollars.

Trouble is, Europe buys most of its natural gas from . . . Russia.  Without this natural gas, much of Europe will not have heat inside homes and commercial buildings.

Worse, in countries like Germany, which is at the same Latitude as New Foundland, Canada, where winter is still very much a factor, and Spring has not dented freezing temperatures, 84% of imported Russian natural gas is used by German industry.

Auto manufacturers like BMW and Mercedes, as well as giant chemical and pharmaceutical manufacturer's need gigantic amounts of gas to run their operations.   All that will STOP if Russia does not get paid for its gas in Rubles beginning less than 72 hours from now, on March 31.

By most estimates, at this time of year, Europe has only ONE WEEK of reserve natural gas supplies.  If Russia stops the flow of gas, nations in Europe will be without natural gas for homes, businesses and for electric power plants, in one week.