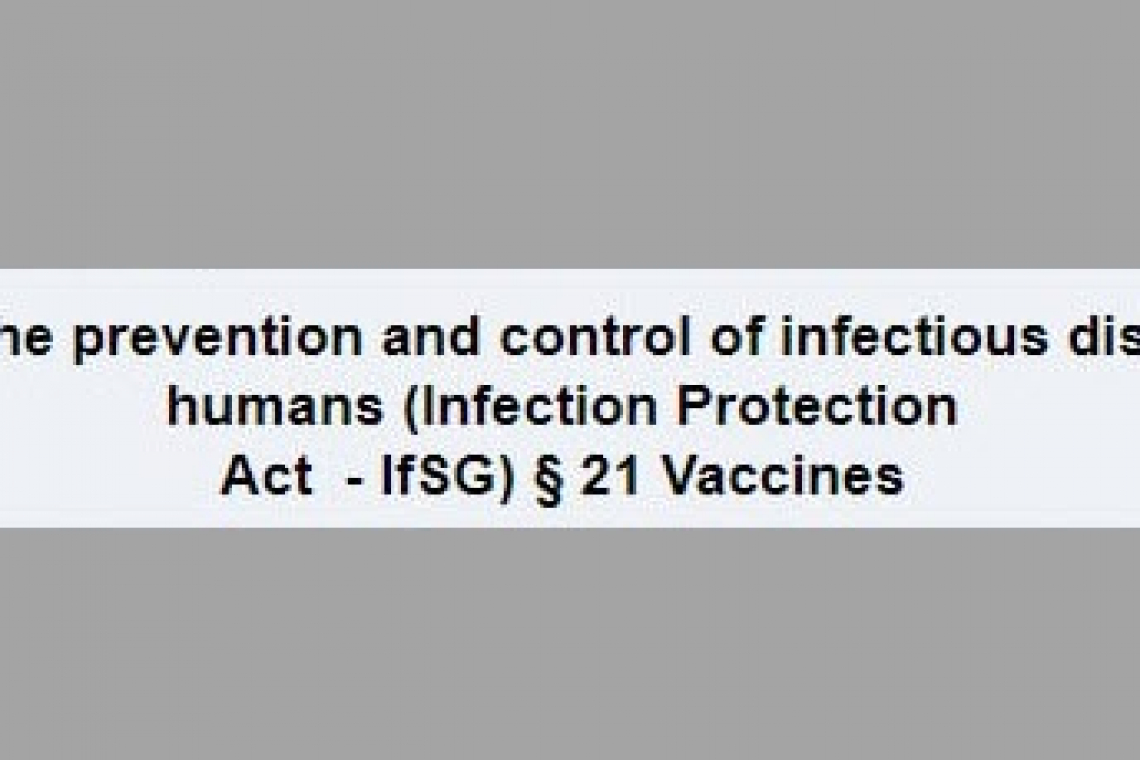 The German government has passed a law that allows ‘vaccinations’ to be produced that cause the ‘vaccinated’ to excrete ‘microorganisms’ that can be ‘ingested’ by the non-vaccinated, thereby causing them to become "infected" with the "vaccination."

In simple terms, those willingly injected with a ‘vaccination’ would be able to pass that onto others who did not wish to take the ‘vaccination’ and those who wished to resist this would have no legal recourse. 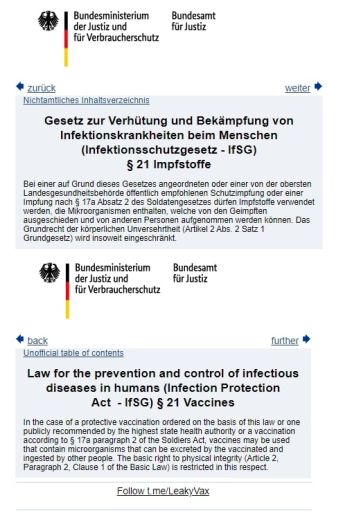 Put simply, this law allows the government of Germany to have a "vaccine" created which would be freely distributed to THIER citizens in THEIR country, but which would be literally "contagious" to everyone else, EVERYWHERE else.

Lets imagine for a moment that you decide to go shopping for a product which is made in Germany, but has been shipped to your country.  Perhaps a car like a Mercedes Benz, BMW, Audi, or Porche.

Let's imagine the vehicle was manufactured inside Germany and shipped, for instance, to the USA.

The Germans who made the vehicle, may have gotten this new "vaccine" and, while they were physically assembling the car, their bodies "shed" the new "microorganism" into that car; perhaps on the seats, the door handles, or in the air conditioning duct work.

You go to look at the car in your country, maybe take it for a test drive, and WHAM, you get the new microorganism by merely getting in the car to look at it or to test drive it!  You have no idea at all that this new product is infecting you with a German "vaccine!"

What if this new "vaccine" makes you sick?  What if it kills you?   Neither you nor your family have any legal recourse.

Moreover, what if the disease outbreak in Germany, which begot the manufacture of this new vaccine, never reaches your country and is no threat to you. Products imported from Germany still reach your country, then YOU get the new vax whether you wanted it or needed it.  No freedom of choice, no informed consent and no legal recourse.

This is bio-warfare, plain and simple. Germany may not be CALLING IT Bio-warfare, but it is exactly that in actual fact.  Infecting people with a biological agent without their knowledge or consent.

A government in Europe which does not represent us and does not govern with our consent, is deciding for all the rest of the world, what so-called "vaccines" we all must have, and if we don't like it, too bad - no legal recourse.

If Germany passes final enactment of this law, then NO GERMAN CITIZEN who has received this new vaccine can be allowed to travel to any country, for fear of his body shedding this new micro-organism. No German product can be imported into any country, anywhere, for fear of it being contaminated with Germany's so-called "vaccine."

This is a terrifying and totalitarian action against free citizens in Germany and the world over.  This new law must be blocked, or Germany must be totally isolated from the rest of the world.

This story will be a main topic on tonight's Hal Turner Radio Show LIVE from the New York City metropolitan area, broadcast from 9:00 PM - 10:00 PM Eastern US time (GMT 0100-0200) worldwide, on shortwave stations and regular AM radio as follows:

INTERNET: The show is streamed live here on the Internet at: http://stream.halturnerradioshow.com:8000/ (NOTE: this feed does not go LIVE until about one hour before show time. During that hour, it carries commercial-free music until the show starts)

There is more to this terrifying new law which will be revealed on tonight's show, so be sure to set a reminder in your phone to tune-in at 9:00 PM eastern (8 Central, 7 Mountain, 6 Pacific, 5 Alaska, 4 Hawaii)