Henry Kissinger warns of ‘catastrophic’ conflicts between China and US 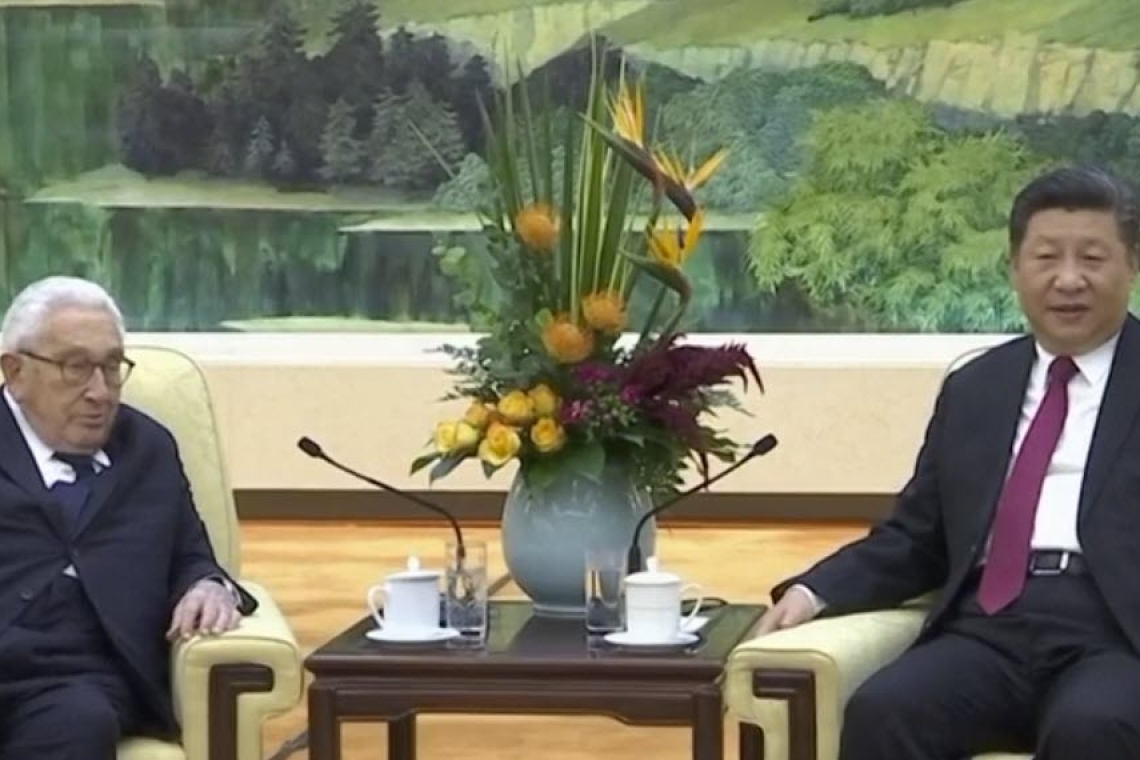 Conflict between the United States and China  will be “inevitable” and result in “a catastrophic outcome” that “will be worse than world wars” unless the countries settle their differences, according to former US secretary of state Henry Kissinger.

“We are in a difficult period now. I am confident the leaders on both sides will realize the future of the world depends on the two sides working out solutions and managing the inevitable difficulties,” he said at an event hosted by the National Committee on US China Relations in New York on Thursday.

“There is no doubt many aspects of the evolution of China are challenging to the US,” the 96-year-old said. “It never happened before that two major countries in different parts of the universe were in similar positions.”

But they must understand that a permanent conflict between them could not be won and would end in “a catastrophic outcome” for Beijing and Washington, he said.

If no resolution was achieved, “it will be worse than the world wars that ruined European civilization” he said.

“It’s no longer possible to think that one side can dominate the other,” he said. “They have to get used to the fact that they have that kind of a rivalry.”

The remarks from Kissinger – who was a diplomatic driving force behind then-US president Richard Nixon’s groundbreaking visit to China in 1972 – came as the world’s two largest economies are embroiled in a trade war that has dampened appetites for cross-border business and damaged their economic growth prospects.

US President Donald Trump began imposing tariffs on thousands of Chinese-made products in July 2018 to put pressure on Beijing to change trade practices and industrial policies his administration deemed unfair.

Kissinger, who met President Xi Jinping and senior cabinet officials during a visit to China in November last year, said in New York that “when we started this relationship, it was a strategic one”.

“There were differences at the beginning of the relationship. Nevertheless, we’ve learned to live with each other for many decades,” he said.

Looking to the future, he said he was confident the trade disputes would be resolved “in a positive way.”