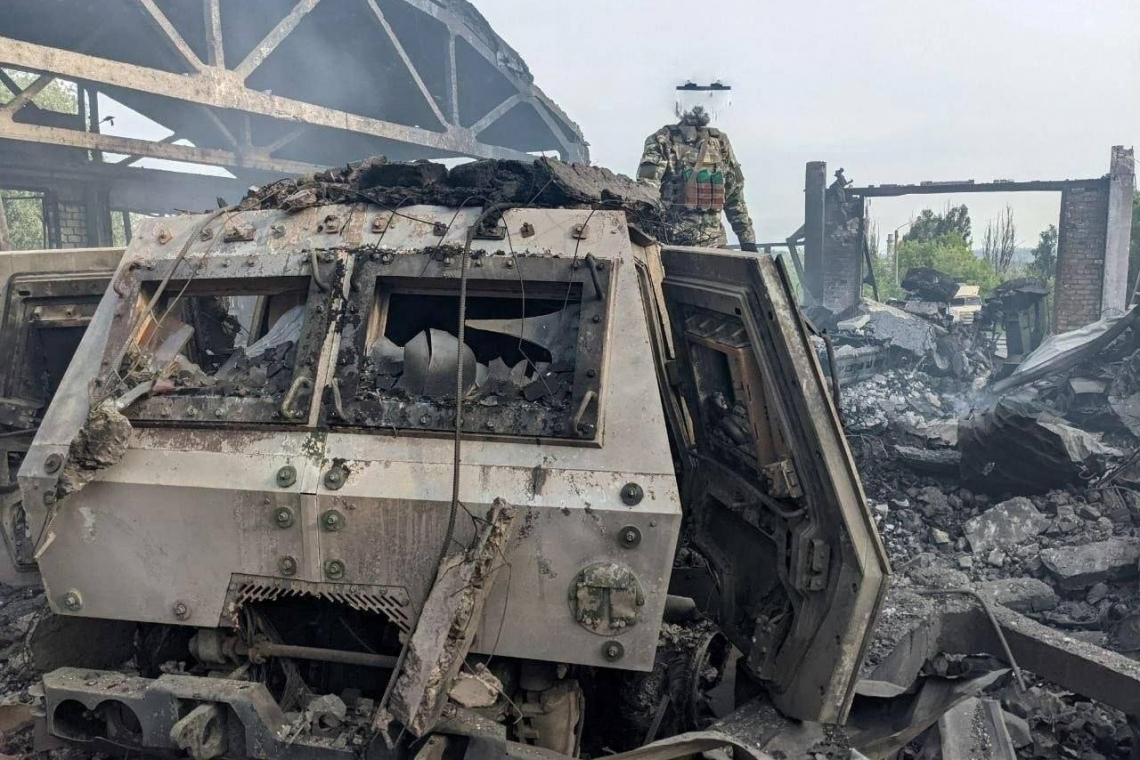 One of the vaunted HIMARS Multiple Launch Rocket Systems (MLRS) sent to Ukraine by the United States, has been destroyed by the Russian Army.

We are told by sources in Europe this is the first of what will be quite a few more.

Apparently the Russians arranged to "buy" one of the US HIMARS from corrupt government soldiers/officers in Ukraine.

We are also told that Russia paid the cash, received it, took it apart, analyzed it, and has now found "multiple ways to track it, jam it, and destroy it." 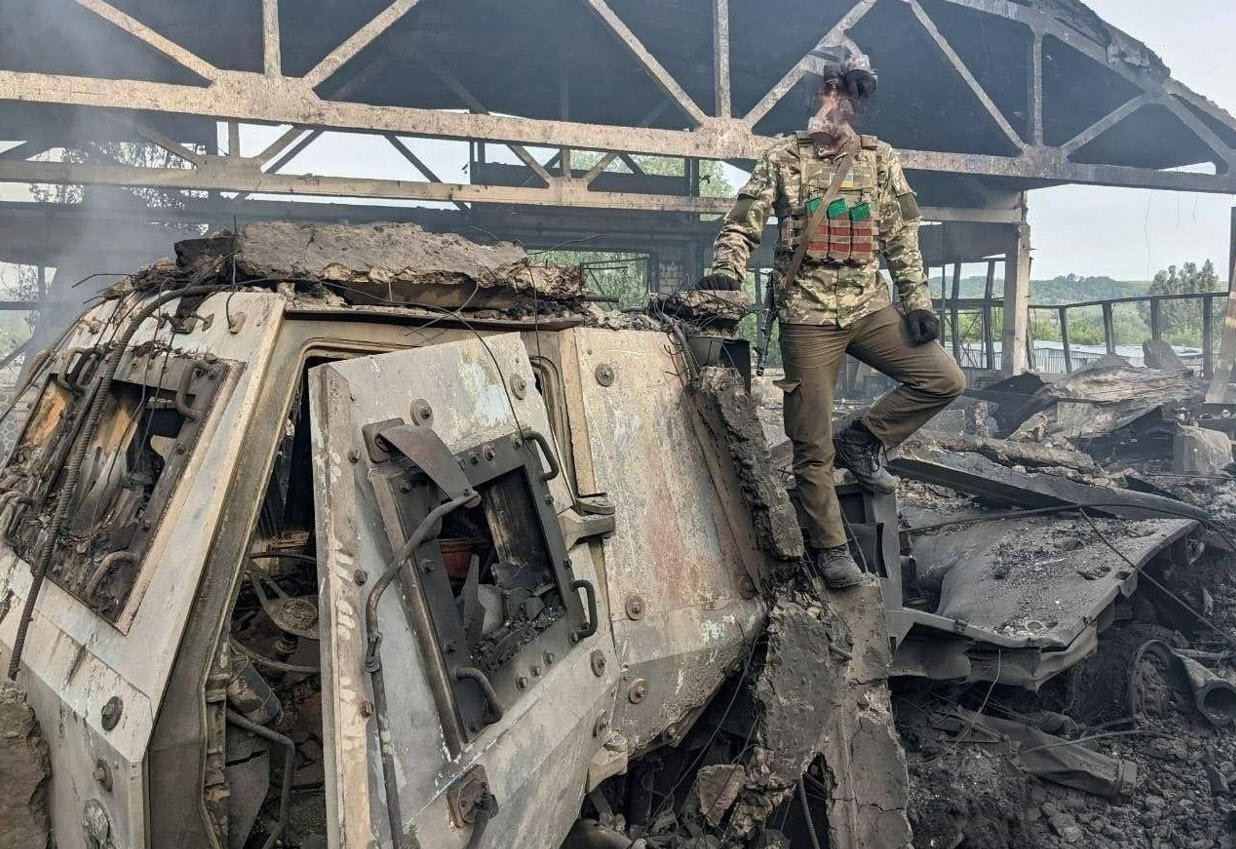 Looks like one of the ways they found . . . works.

So, it would make sense, in terms of the time frame that at this point the Russian army has done their engineering analysis and can now use the info to save Russian lives.

In both pictures the head is not recognizable as a human head, what is it above his shoulders? He seems to have a Ukrainian patch on his chest (blue and yellow)

We can clearly see the damaged HIMARS it is not the one they bought is it? We shall soon see if they have stopped the operation of HIMARS by the US/Ukraine forces. I wonder how many are left intact right now.

Could this mean they will be desperate to use them while they still can. Is an attack on Russian territory imminent?

What is happening with the new forces that are twice those originally deployed in the "Special military operation". There does not seem to be much movement of Russian forces at the moment.
+1 # Yes the patch looks Ukrainian — jrd803 2022-08-02 23:36
You're right - there is a blue/yellow patch on his chest, albeit quite dirty. Interesting.

I downloaded the photos and then could enlarge them - the head has been 'photoshopped' in both images.
# AWESOME — Paul Kurzlee 2022-08-02 18:38
AWESOME Good news. How many yankees were on site when it was hit? A body count would be great to see here. Anyways great news to see Russia destroying these things. As well as being now able to track them and jam them the Russians have a GREAT network of MEN that are also informing Russia about them. Locations, next up plans, and lots of other intel going directly to the Putin. Maybe now it won't be long until these units are rendered useless to gringo and the useless ukrains. They have to be the stupidest fuckers on this planet next to the pollacks. Stupid fuckers the whole lot of them. Lets hope the Putin can kill thousands more of these muppets Really Soon. And destroy the rest of these units before they can do more damage to Russia.
+1 # Russian Fly Soldiers — Loki 2022-08-02 18:36
Oh, no, the Russkies are using Fly Soldiers now. Look at the head of the soldier!
-1 # RE: Russian Fly Soldiers — JFY 2022-08-02 19:19
Quoting Loki:

Oh, no, the Russkies are using Fly Soldiers now.

head of the soldier?