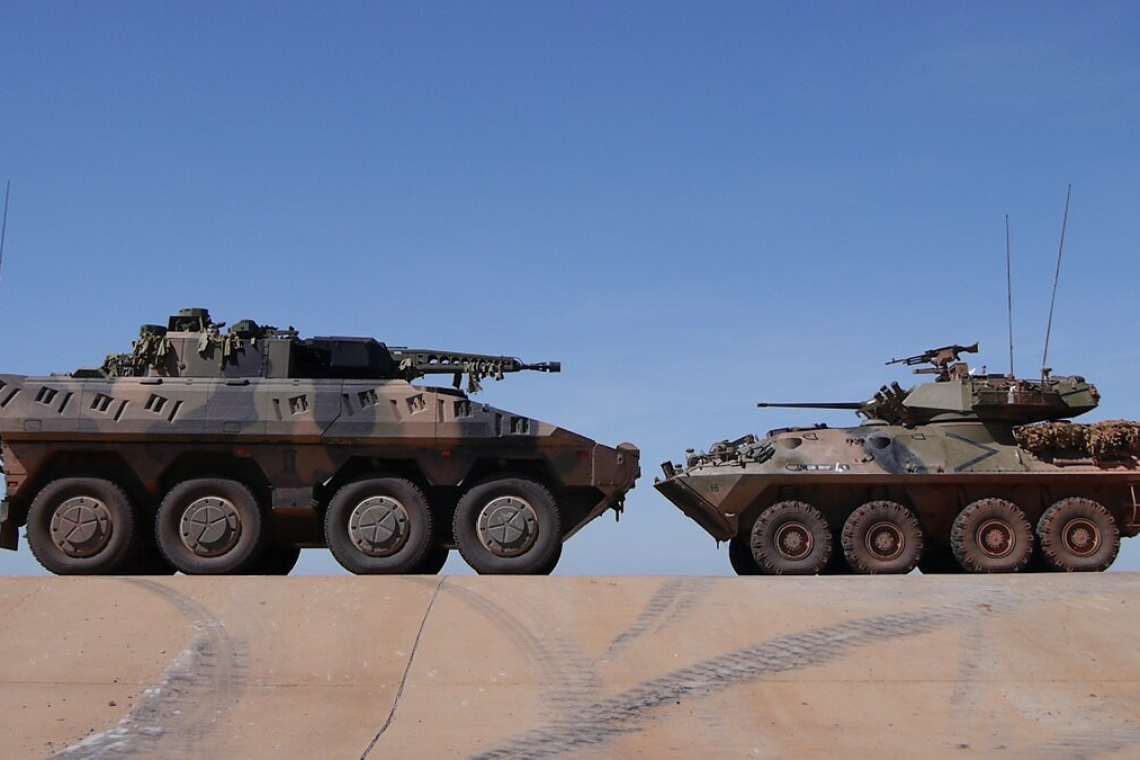 India and Pakistan have been engaged in a serious border escalation since a cross border aerial strike by the Indian Air Force in February. The two arch-rivals have deployed their troops and military equipment at forward bases to retaliate in case of a misadventure by either side.

The Indian Army has now begun deploying around 200 armored fighting vehicles equipped with locally developed anti-tank guided missiles in the country’s Punjab and Rajasthan regions. These are set to boost the army’s capabilities, as it can operate in terrain interspersed with rivers and canals.

“Armoured vehicles will be deployed in plain region bordering Pakistan", an official on Friday confirmed. The 8x8 wheeled armored vehicles will have a minimum cruising range of 500 km on road and 250 km in a region with rivers or canals.

The Indian Army also asked manufacturers to provide a man-portable ground anti-tank guided missile launcher in addition to the vehicle-mounted ATGM. 30mm cannon with 7.62mm coaxial machine gun will also be available for the crew.

The vehicle is also capable of detecting all types of chemical, biological, and nuclear contamination.

The development comes against the backdrop of an escalation in tensions between India and Pakistan after the Pulwama terrorist attack in Kashmir in which over 40 Indian security personnel were killed by a purportedly Pakistan-based terrorist organisation called Jaish-e-Mohammed.

The escalations reached a near war-like situation after a cross border aerial strike by the Indian Air Force in the Balakot area inside Pakistan in February this year.

For the past four months, a huge deployment of forces took place in the western sector after Pakistan threatened India with massive retaliation in the wake Jammu and Kashmir's special status being revoked by New Delhi.