UPDATE 6:25 PM EST -- The sound of several explosions was heard in Erbil. The definitive news of the precise rocket launch has been released by al-Assad. The missiles were probably fired at various bases. This is just the beginning ...

A Text message claiming Iran has launched an attack has been transmitted thru the US State Department Cellphone Text system!

Wednesday, 8 January 2020
URGENT MESSAGE FOR MISSION UAE We have received information that Iran has launched an attack, likely on Iraq or Kuwait. We are still gathering information. In the meantime, all personnel should shelter indoors until we update you further. 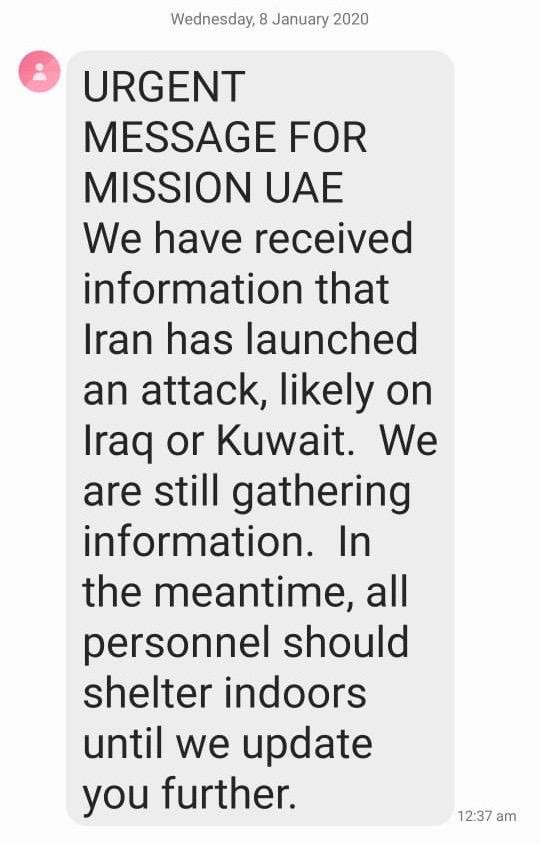 Endeavoring to verify . . . check back

At least 4 rockets have reportedly struck Camp Taji in Iraq, which hosts American troops.  NOT THE TYPE OR SCALE OF ATTACK ONE WOULD EXPECT FROM IRAN; PROBABLY A LOCAL MILITIA WITH ITCHY TRIGGER FINGERS.

Official word from Iran: Solemaini and his other dead pals, have been buried.  Looks like "It's on like Donkey Kong!"

After 8 funeral processions in different cities, the martyrs are laid to rest now. Abu Mahdi in Iraq, Hajj Qassem and his 4 comrades in Iran. We honored our traditions and waited as a mourning family waits for their deceased loved ones' burial. We're done waiting. #انتقام_سخت

FWIW -- Nancy Pelosi has left the Gang of Eight briefing on Iran, and has declined to answer questions from media.

Sources on the ground mention that the attack on Ain Assad Air Base in Anbar province came from multiple launch pads, a coordinated attack.

American consulate in Erbil, Iraq has reportedly been bombed by unknown forces.

Attack on Al-Assad Airbase in Iraq ongoing, reports rockets/Mortars are still coming in and at least 30 have landed so far.

Some sources report that Iranian ballistic missiles were fired at the US base in Iraq. NOT CONFIRMED

Military planes heard over Erbil now after explosions were heard the city.

Now receiving info and video, claiming Iran launching BALLISTIC MISSILES at US Bases in region.   Video below is ALLEGEDLY of such launches taking place inside Iran.

Ain Al Asad US airbase which hosts most of the US troops in Anbar region of Iraq has been hit with more than 50 rockets.

Some outlets are reporting casualties among US soldiers.

Iran's official Islamic Revolutionary Guard Corps (IRGC) is now publicly confirming its revenge has begun.  United States military forces in Iraq (and elsewhere) are no wunder active missile attack from the military of Iran, with launches being done from Iran sovereign territory.   WAR.

Reports coming in now say between 70 and 123 US Troops have been KILLED so far.

Iranian military confirms they have begun missile strikes targeting US bases in Iraq. US military also confirming attack underway. Attack from Iran coincides with similar timing at night that their general was killed by the U.S. last week.

Multiple ballistic and cruise missiles ARE BEING FIRED FROM SOVEREIGN IRAN TERRITORY at multiple US troop targets. Under attack now.

IRGC Statement
Operation name: Martyr Solleimani
1/ we warn US for further moves, we'll go for more painful responses.
2/ We warn the governments who gave space and bases to US, wherever we get attacked from, we'll attack there!

3/ We recognize Israel as an accomplice in the crime [Solleimani's death].
4/ We suggest the American people to call their soldiers back from the region to prevent putting their lives at risk

US Jets seen taking off from UAE. Iranian news media reporting Iran will also target UAE if US jets strike Iran that originated from UAE.

Crude Oil Price up Four percent (4%) in the past hour

Gold Price up $12 per ounce and rising in the past hour.

IMAGE OF US BASE IN IRAQ, BURNING FROM IRANIAN MISSILE ATTACK 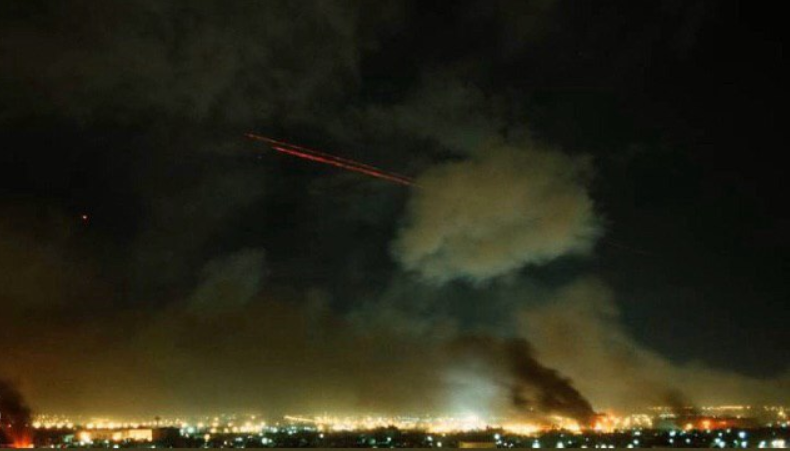 Iran IRGC statement:
"We warn all allied countries of the US that if attacks are launched from bases in their countries on Iran, they will be a target of military retaliation."

A new wave of ballistic missiles launched now from Iran

Arab media outlet Al Mayadeen: US base at Ain al Assad has completely been destroyed.

Expect Trump to address the nation 3 hours or less. Congress being called in.

US Consulate in Erbil, Iraq has been hit by IRGC missiles!

Attacks continuing.  Pentagon is preparing a damage and casualty report based on what’s going on in Iraq right now.

"The first US mistake will mean:

total destruction of Dubai, Tel Aviv and Haifa, with the grace of Her Excellency Fatima [daughter of Prophet Mohammad]"

Iranian fighter jets taking off from bases in Iran.

Several US planes are on fire in the Ain Al Assad base. #Iraq 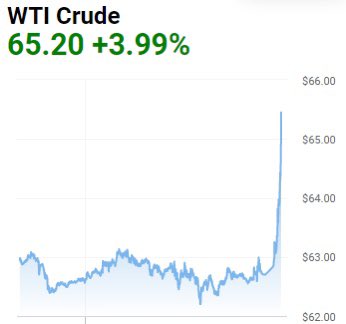 The main Nikkei index on the Tokyo Stock Exchange lost more than 2.4%

Pro-IRGC News Agency "Tasnim" quoting their sources:
"If US retaliates, Hezbollah will attack Israel by its missiles!"

I just finished broadcasting my radio show and will now resume updates to this article.   While I gather the intel, PLEASE take a moment and click an ad below so I get SOME revenue from the ads.  NO PURCHASE NECESSARY BY YOU- I get a couple cents if you just click an ad, so please help.

Iraq: Al-Mayadeen correspondent in Baghdad: American helicopters departing from Ayn al-Assad base, and it is believed that they are carrying casualties

Attacks seem to be ended.

Iran took & concluded proportionate measures in self-defense under Article 51 of UN Charter targeting base from which cowardly armed attack against our citizens & senior officials were launched.

We do not seek escalation or war, but will defend ourselves against any aggression.