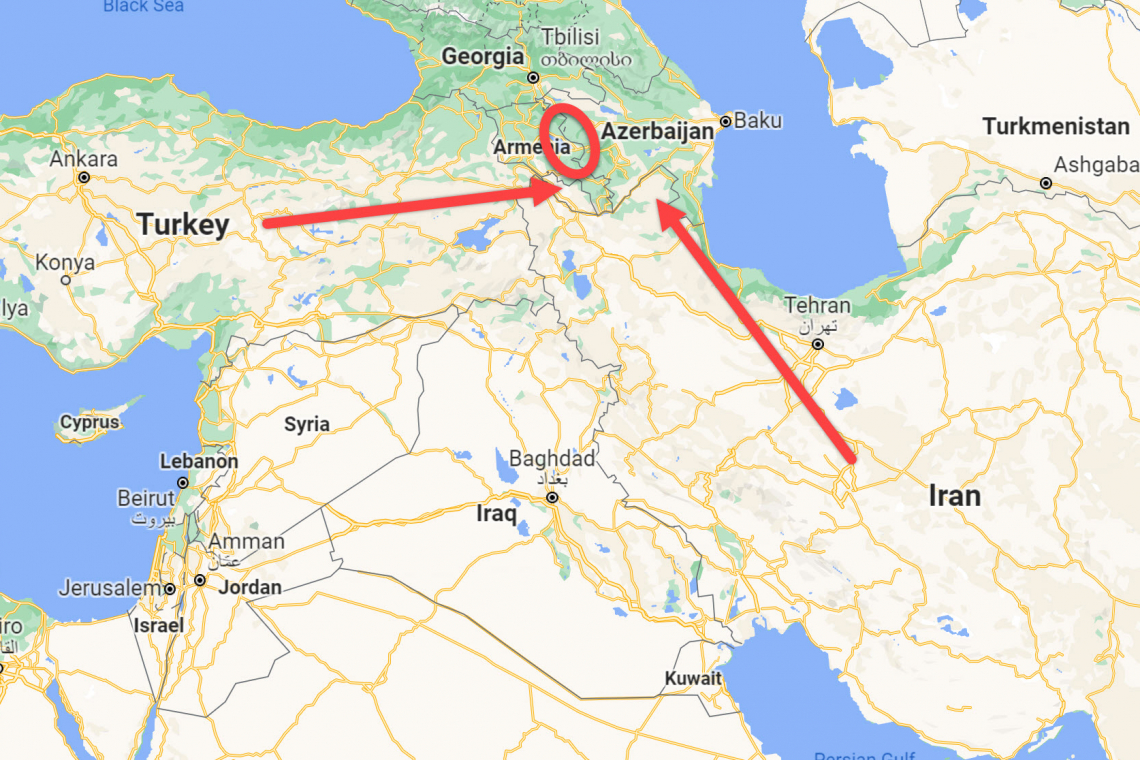 Iran is massing troops, artillery and armor along its northwestern border with Azerbaijan; and now Turkey is sending troops into Azerbaijan to confront Iran if a war breaks out.

A major fight is brewing between Iran and Azerbaijan/Turkey over trade routes being blocked.  The scalable Google map below shows the region:

Azerbaijan imposed a $300 Truck Toll upon only Iranian trucks, to travel 40 miles (or so) along an Interstate Highway that passes through Azerbaijan, to places in Armenia.  That road was previously Armenia until Azerbaijan invaded last year and took a considerable portion of land, including the road.  The yellow-highlighted segment of road on the map below is the issue: 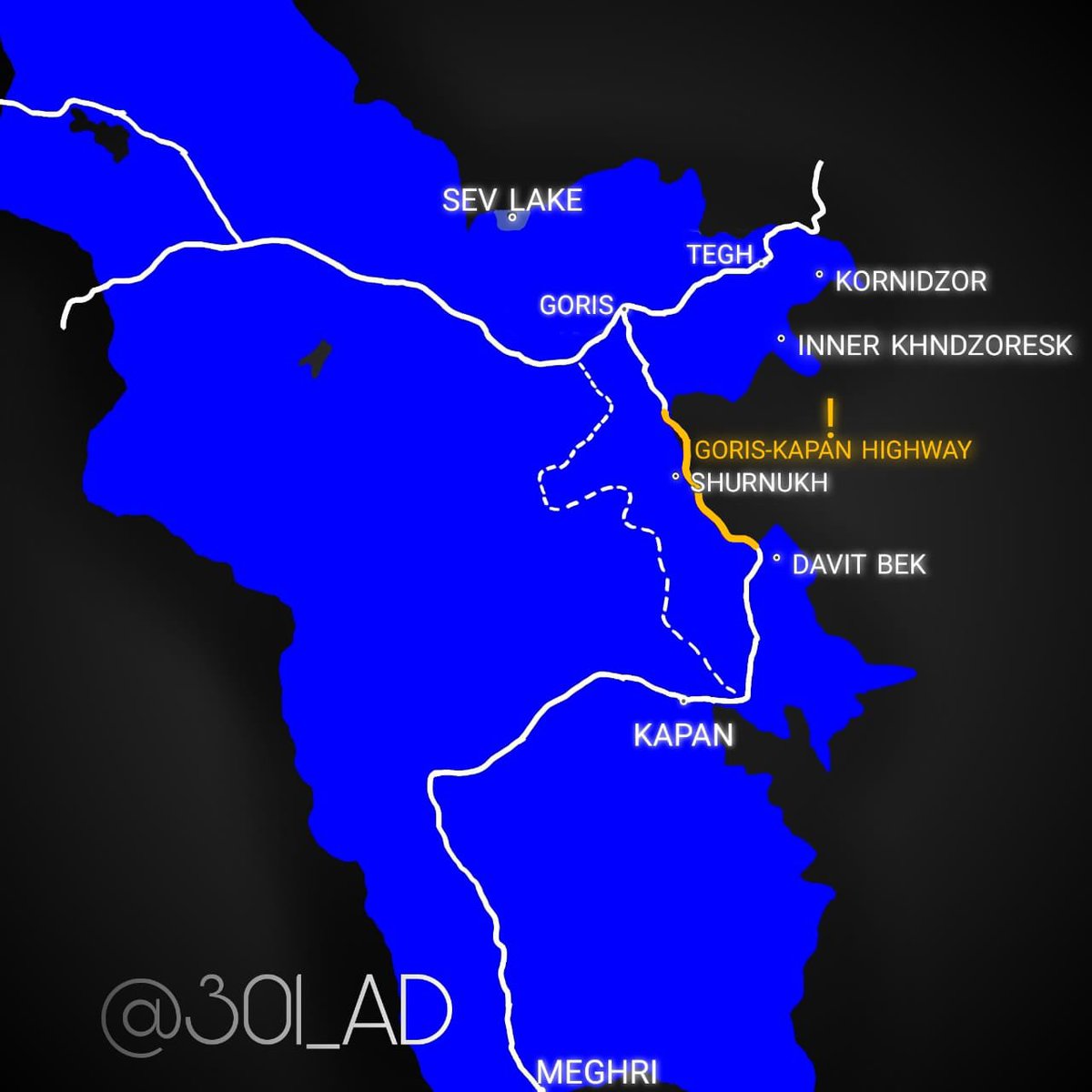 As a result of the Toll, Iranian truck drivers are being arrested and their trucks seized.   In addition, private Iranian passenger vehicles (but no others) are limited to only daylight travel hours.

Trade between Iran and Armenia is being cut off by this Azerbaijan action.

Iran has asked Azerbaijan to stop this discriminatory activity, but Azerbaijan refused.

(Story continues below the ads)

In response to the Iranian build-up, Azerbaijan asked Turkey to deploy its army inside Azerbaijan, for "exercises" that will last . . .  however long they last.

It is thus clear that an actual fight is brewing between Iran and Azerbaijan which, thanks to Turkey deploying its army, would automatically include war with Turkey.

The motive behind all this is . . . . Israel versus Iran.  Israel wants to harm Iran and prevent Iran from developing nuclear technology.   In order to develop that technology, Iran needs money from trade.  So Israel is doing what it can to adversely affect Iranian trade.

This whole war debacle stuck in the craw of the US because its "ally" Israel was stirring things up.   It also stuck in the craw of Christians worldwide because Israel (the self-described Jewish nation) was siding against Armenia which is the oldest Christian nation on earth, and was doing so in support of Azerbaijan which is Sunni Muslim.

Iran is a Shia Muslim country.   Shia and Sunni have an sort of religious civil war going on . . . . forever.

So Azerbaijan, which is Sunni, is getting help from Turkey, which is Sunni, against Iran which is Shia. It's being done on behalf of Israel, which is Jewish, and the people on the receiving end of all this force are Christians in Armenia.   It's all very convoluted.

Long story short, it appears and actual war is brewing between Iran, Azerbaijan, which will bring in Turkey and likely Armenia, which could also bring in Russia. If Israel provides assistance to Azerbaijan in a fight against Iran, then that would be a GIGANTIC change compared to the Azerbaijan-Armenia conflict.   Iran would have casus belli to attack Israel proper for supplying weapons and technology to Azerbaijan. 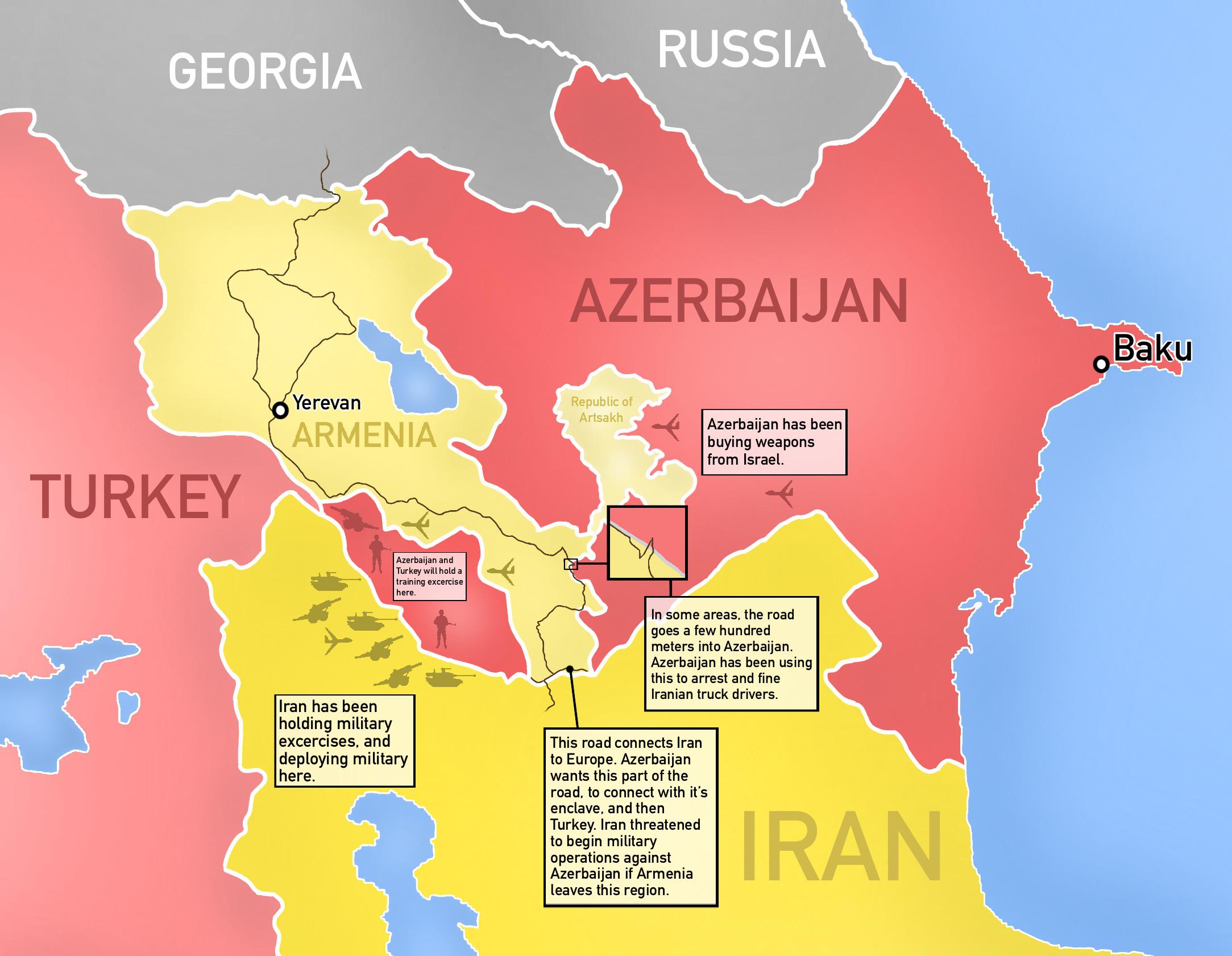 Wouldn't it be something if World War 3 suddenly started in place that almost nobody has heard of: Azerbaijan and Armenia?  That's almost prophetic.