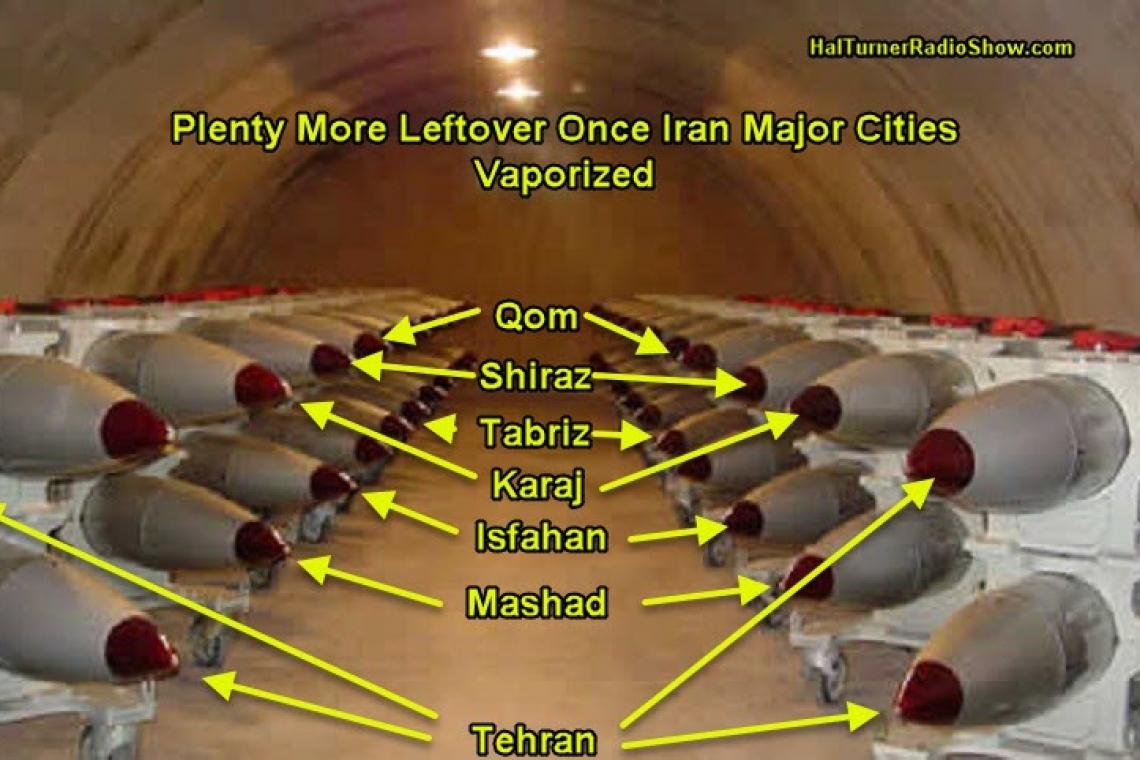 There must be something in the water over there in Iran that makes leaders of that country Suicidal.  Over the weekend, the leader of Iran's Revolutionary Guard Corps publicly announced . . .

"We have shown restraint ... we have shown patience towards the hostile moves of America, the Zionist regime (Israel) and Saudi Arabia against the Islamic Republic of Iran ... but we will destroy them if they cross our red lines," said Hossein Salami.

Hossein Salami is an Iranian military officer with the rank of Major general, who currently serves as the commander-in-chief of the Islamic Revolutionary Guard Corps.

President Donald Trump personally took it upon himself to warn Iran back in May of this year, "never threaten the United States."

If Iran wants to fight, that will be the official end of Iran. Never threaten the United States again!

So here we are, about 6 months later, and what does General Salami do?  Threatens the United States.

Personally, I do not recall ever being threatened by a "Salami" before.  Have any of you?

I mean, we eat Salami here in America.  What's the worst it can do, cause smelly gas?  Give you heartburn?  The runs?

It's not like Salami is all that tough, either.  Sure, the outer skin is tough, but the inner meat, not tough at all.

That's because Salami's inner meat is ground-up real good (by us), then pressed into its skin.

Maybe Iran should get rid of the Salami running its IRGC before they get smelly gas, heartburn, and find themselves with the runs . . . as they run for their lives when US weapons start falling on them.