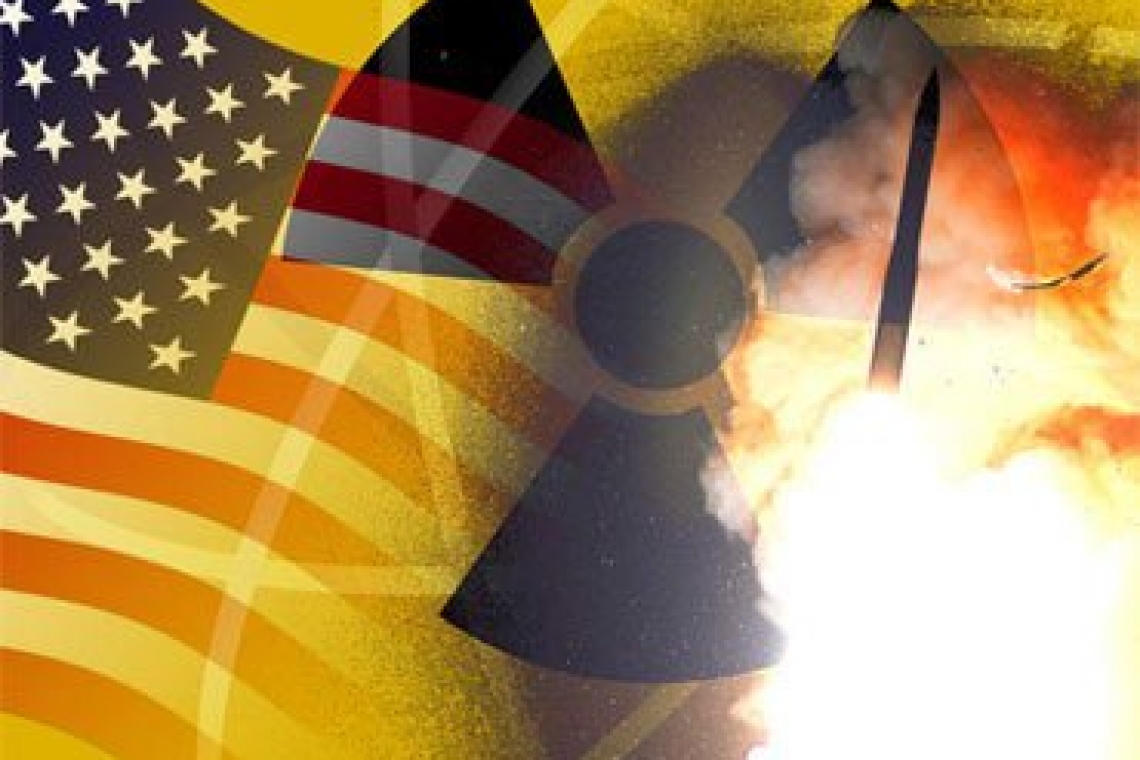 President Hassan Rouhani said Tuesday that Iran would resume uranium enrichment at an underground plant south of Tehran in its latest step back from a troubled 2015 agreement with major powers.

The suspension of all enrichment at the Fordow plant in the mountains near the Shiite holy city of Qom was one of the main curbs on its nuclear activities that Iran accepted in return for the lifting of international sanctions.

But Washington's abandonment of the deal in May last year followed by its reimposition of crippling sanctions prompted Iran to begin a phased suspension of its own commitments in May this year.

Under the terms of the agreement, Iran has retained more than 1,000 first-generation centrifuges at the Fordow plant, which have been running empty or remained idle since it took effect.

"Starting from tomorrow (Wednesday), we will begin injecting (uranium hexafluoride) gas at Fordow," Rouhani said in a speech broadcast by state television.

His announcement came a day after tensions flared anew on the 40th anniversary of the US embassy siege and hostage crisis, with thousands in Tehran taking to the streets and Washington imposing fresh sanctions.

Iran said the resumption of enrichment at Fordow would be carried out transparently and witnessed by inspectors from the United Nations nuclear watchdog, the International Atomic Energy Agency.

But the European Union voiced disquiet at the new step away from the 2015 deal.

France urged Tehran to "go back on its decisions, which contradict the accord", while Britain's Foreign Secretary, Dominic Raab, said that "Iran's latest actions clearly contravene the deal and pose a risk to our national security."

"We want to find a way forward through constructive international dialogue, but Iran needs to stand by the commitments it made and urgently return to full compliance," Raab said.

Russia too expressed worry, despite its good relations with Iran.

"We are monitoring the development of the situation with concern," President Vladimir Putin's spokesman Dmitry Peskov told reporters.

"We support the preservation of this deal."

At the same time, Peskov said Moscow understood Tehran's concerns over the "unprecedented and illegal sanctions" imposed by Washington.

The move is the fourth announced by Iran since it began responding to Washington's abandonment of the agreement.

Iran has repeatedly warned the remaining parties to the deal -- Britain, China, France, Germany and Russia -- that the agreement can only be rescued if they help it circumvent US sanctions.

European governments have struggled to come up with a mechanism that would allow foreign firms to continue to do business with Iran without incurring US penalties.

But to Iran's mounting frustration, their efforts have so far failed to have any significant impact.

Rouhani stressed that Iran remained committed to efforts to save the 2015 agreement, despite its phased suspension of some of its commitments.

"The fourth phase, like the three previous ones, is reversible," he said.

"We are committed to all the behind-the-scenes negotiations we have with some countries for a solution.

"Over the next two months, we will negotiate more."

Rouhani said Iran wanted to return to a situation in which "we can easily sell our oil, we can easily use our money in banks."

If that were achieved, "we will completely go back to the previous situation."

On the streets of Tehran, trader Mohammad, who declined to give his second name, said sanctions had caused enough damage to the Iranian economy and he hoped the country would "abide by it (the nuclear deal) completely, as in the past".

The EU warned on Monday that its continued support for the deal depended "on full compliance by Iran".

But Ellie Geranmayeh, an Iran expert at the European Council on Foreign Relations, said the measures were designed to increase Iran's leverage in future talks and to pressure Western countries to provide Iran with economic relief.

"This is not attempt to inch towards nuclear weapon," she wrote on Twitter. "#IAEA continues to provide intrusive monitoring."

On July 1, Iran said it had increased its stockpile of enriched uranium to beyond a 300-kg maximum set by the deal.

A week later, it announced it had exceeded a 3.67-percent cap on the purity of its uranium stocks.

On September 7, it fired up advanced centrifuges to boost its enriched uranium stockpiles.

On Monday, Iran announced a more than tenfold increase in enriched uranium production as a result of the steps back from the nuclear deal it had already undertaken.

The United States has refused to adopt a no first use policy and says that it "reserves the right to use" nuclear weapons first in the case of conflict. The US doctrine for the use of nuclear weapons was revised most recently in the Nuclear Posture Review, released April 6, 2010.

For states eligible for the assurance, the United States would not use nuclear weapons in response to a chemical or biological attack but states that those responsible for such an attack would be held accountable and would face the prospect of a devastating conventional military response. Even for states that are not eligible for the assurance, the United States would consider the use of nuclear weapons only in extreme circumstances to defend the vital interests of the United States or its allies and partners. The Nuclear Posture Review also notes, "It is in the U.S. interest and that of all other nations that the nearly 65-year record of nuclear non-use be extended forever."

This supersedes the doctrine of the George W. Bush administration set forth in "Doctrine for Joint Nuclear Operations" and written under the direction of Air Force General Richard Myers, chairman of the Joint Chiefs of Staff. The new doctrine envisions commanders requesting presidential approval to use nuclear weapons to preempt an attack by a nation or a terrorist group using weapons of mass destruction. The draft also includes the option of using nuclear weapons to destroy known enemy stockpiles of nuclear, biological, or chemical weapons.

In August 2016, President Barack Obama reportedly considered adopting a 'No First Use' policy. Obama was persuaded by several Cabinet officials that 'No First Use' would rattle U.S. allies and decided not to take up the policy.

In 2017, there were efforts to either require congressional approval for a pre-emptive nuclear strike or to ban it altogether and impose an NFU policy.