Is It The Vaccine? India Skyrocketing "COVID" deaths coincide with Start of Vax 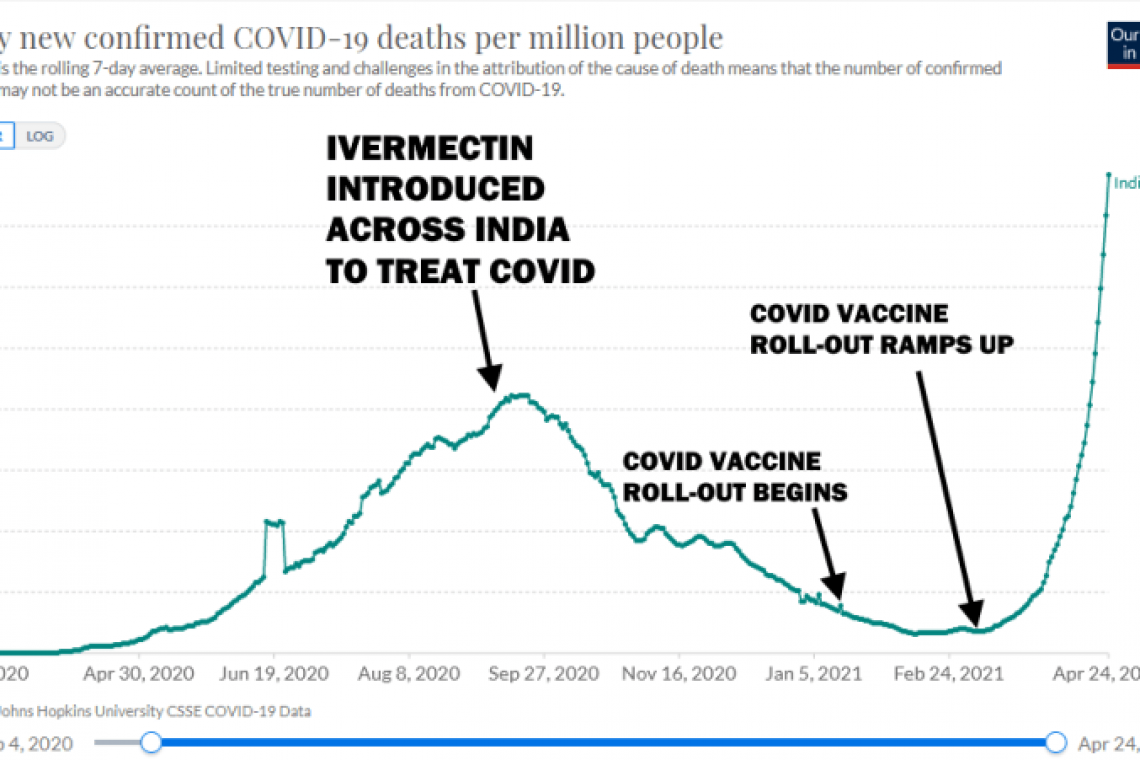 The chart above shows the dates, and later, what happened in India, after mass-vaccination with the EXPERIMENTAL GENE THEREAPY "VACCINE:" MASSIVE DEATH.

Here is a clickable, enlargeable image of the same chart above: 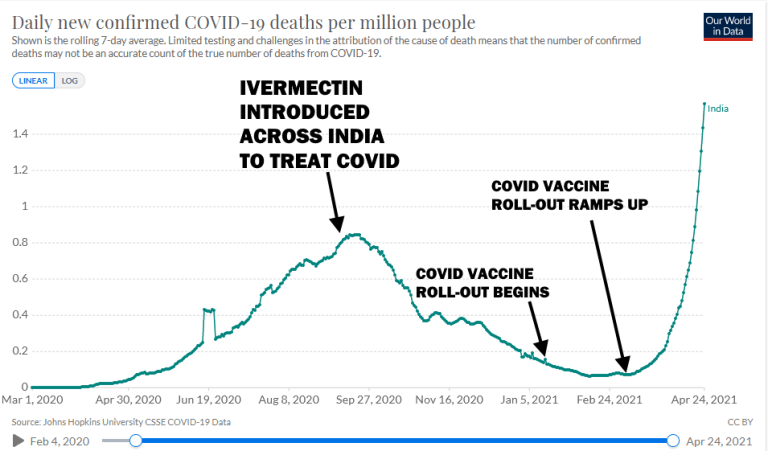 As is plainly evident from the chart above, when India began treating "COVID-19" with the medicine Ivermectin, the rate of infection growth leveled-off and began to fall, immediately.  It kept falling until India began distribution of the so-called "vaccine."

Once the "vaccine" started being given to the masses of people in India, the death rate absolutely skyrocketed!

Logic dictates the question be asked: "Is it the vaccine?"

This is an important question for people in the United States and elsewhere because here in the USA, we began the same mass-distribution of the same "vaccine" six weeks after India.  Like lambs to the slaughter, ignorant Americans, who are good people and who were genuinely trying to "so the right thing" lined up to "get the jab."

But few of them ever bothered to research what was in that "jab."   It is NOT a "vaccine" - it is genetic modification; gene therapy.

In a normal, typical, vaccine, actual virus or attenuated (weakened) versions of an actual virus, are injected into a person so their immune system can react to the invader, develop antibodies to it, and learn to fight it off before a person catches the actual potent virus in real life.

This is the way people are vaccinated against things like Polio, to this very day.

For COVID-19, scientists claim they developed artificial Ribo-Nucleic-Acid (RNA) to act as a "messenger (m)" to our normal human DNA.  Hence the so-called vaccine being identified as "mRNA."

In theory, this artificial genetic modification "teaches" our body to look for, and fight off, the "spike protein" on the outside of COVID-19" thus protecting us from it.

Turns out, there's a whole slew of problems with that.  The primary problem is that this mRNA gets into our bodies and starts making literal alterations to our DNA!   People who take this "vaccine" become Genetically-Modified human beings.

The answer seems to be coming into focus with the mass deaths in India.

Are we now getting a glimpse of OUR OWN FUTURE here in the USA based on what is being seen in India?

If so, can we expect to see the same thing happening here in the USA?  Massive numbers of deaths?  People dropping dead on the streets?  Dead bodies so numerous they have to be cremated in funeral pyres in public parks as seen below: 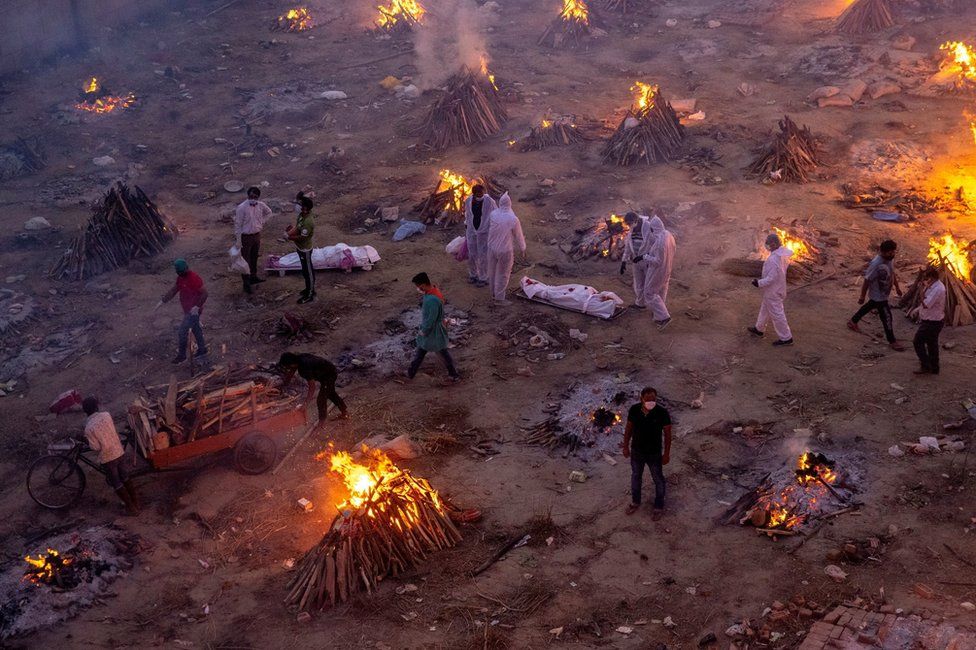 Or will the same scientists who have repeatedly lied to us about COVID, simply continue lying to us about the vaccine deaths and blame it on some new "variant?"

After all, if their vaccine is literally killing most of the people who receive it, they certainly can't have anyone knowing it might be the vaccine doing it.  How hard would it be for them to simply say "It's a new variant of COVID" and let the deaths keep right on going?

No normal person would act that way unless. . .  the goal was not curing COVID, but instead global population reduction by a group of self-anointed "save the planet" maniacs.

Folks need to start asking: Is it the vaccine that's killing all these people?