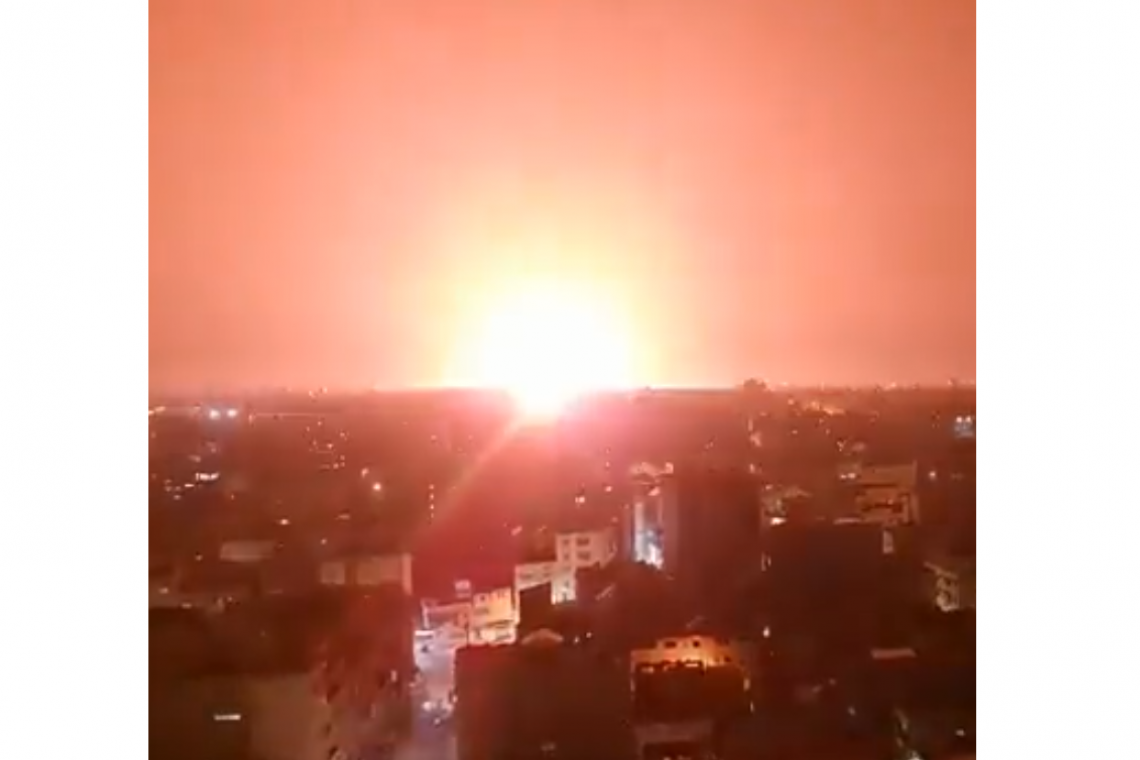 Israel dropped several bombs on targets in Gaza during the middle of the night – the explosions from which could be seen lighting up the sky from miles away.

The IDF claimed that the bombardment was in retaliation for the “terrorist rocket-fire towards Israel” earlier in the day.

Purported videos of the airstrikes showed at least two explosions in the distance.

The Israel Defense Forces (IDF) took responsibility for the attacks, insisting that they targeted facilities run by Hamas, namely, a rocket manufacturing site and military posts “used for terrorist activity.”

The city of Khan Ynis in southern Gaza came under heavy Israeli fire, according to reports indicating that some 10 missiles were fired into the city. The Jerusalem Post reported that the Israeli military also targeted sites in northern Gaza.

In addition to aerial bombardment, Israeli tanks fired at the border fence.

The large-scale attack carried out by Tel Aviv on the first day of the new year was in retaliation to two rocket launches from the Gaza Strip, the IDF said. The Palestinian rockets failed to reach their targets and fell off the coast of the Mediterranean, requiring no interception or warnings to the public.