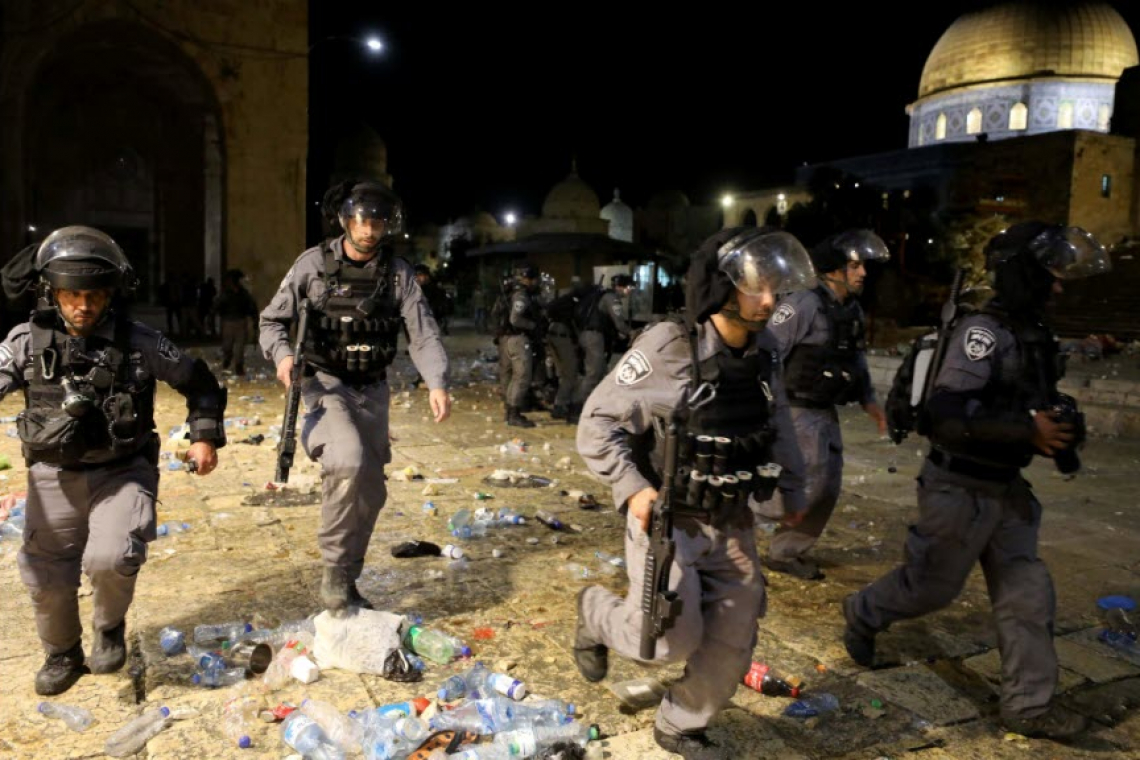 Israeli Police have stormed into the Al-Aqsa Mosque, attacking worshipers inside on the last day of Ramadan.  Stun Grenades and Tear Gas were used inside the Mosque.  Several people in and around the Mosque are dead, dozens more injured. 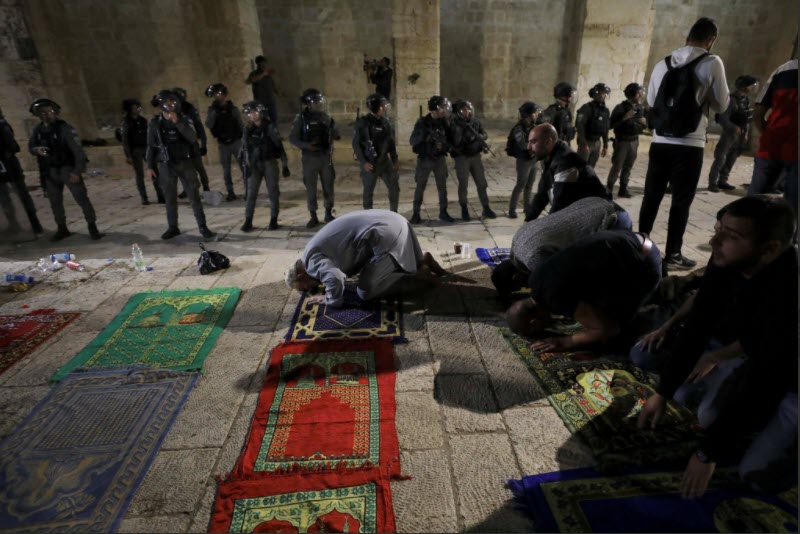 This horrifying video shows Stun Grenades going off INSIDE the Mosque.

That's a Church for goodness sake!  People are worshipping GOD in there!

Hezbollah has told Hamas to prepare for "open hostilities with Israel."  Palestinian Islamic Jihad and virtually every other group, is telling their supporters to arm rockets and prepare to attack.

Diplomatic staff from both Turkey and Jordan have already publicly scorned the actions by Israel, demanding the attacks against Worshippers stop immediately.

Numerous videos of the actual attacks by police are being uploaded to social media and some will appear below.

Most striking is one video showing Sheikh Jarrah last night, wherein Jerusalem Deputy Mayor Aryeh King was recorded telling Muhammad Abu Hummus, a Palestinian activist from East Jerusalem, that it's a "pity" he didn't get a bullet in his head.  Here, look:

In Sheikh Jarrah last night, Jerusalem Deputy Mayor Aryeh King was recorded telling Muhammad Abu Hummus, a Palestinian activist from East Jerusalem, that it's a "pity" he didn't get a bullet in his head.

The deputy fucking mayor of Jerusalem, everybody.

Videos and social media posts are being added to this story now, check back for updates.

This is horrific! After locking them inside, the Israeli forces broke into Bab al-Rahma prayer hall and attacked the Palestinian worshippers inside!! #Jerusalem #المسجد_الأقصى pic.twitter.com/jal2zfhT2e

All week long the militant factions in Gaza have warned about Israel harming Palestinians in Jerusalem, especially on the Temple Mount. That line was just crossed. pic.twitter.com/9d0SQ9djUp

The clashes at The Temple Mount have moved to the Damascus Gate, #Jerusalem. pic.twitter.com/1wTWlvTDQG

Saturday is to be a "Day of Rage" by Palestinians throughout Israel.

Worse, it is now being widely spoken even in Israeli circles that many people think Netanyahu ordered the mosque raid in order to start a war with Hamas or Hezbollah so the elections are cancelled as he can't form a government.

Let us take you back to when the Israeli violence and aggression against the Palestinian worshippers at al-Aqsa Mosque all started tonight..#Jerusalem #المسجد_الأقصى pic.twitter.com/mSrNHLZzy9

Hamas and their affiliates announced they’re about to commence offensive actions, explosive carrying balloons, IED’s, etc. #Palestine #Israel Just remember what started this when you hear how poor Israeli forces are under attack from “terrorist hamas”
by sur.ly
100% Trusted Informational Platform Website 2021