It's Gone Global! Video From HTRS is Lead Story in Epoch Times; China Alerting Citizens of NUCLEAR WAR with USA 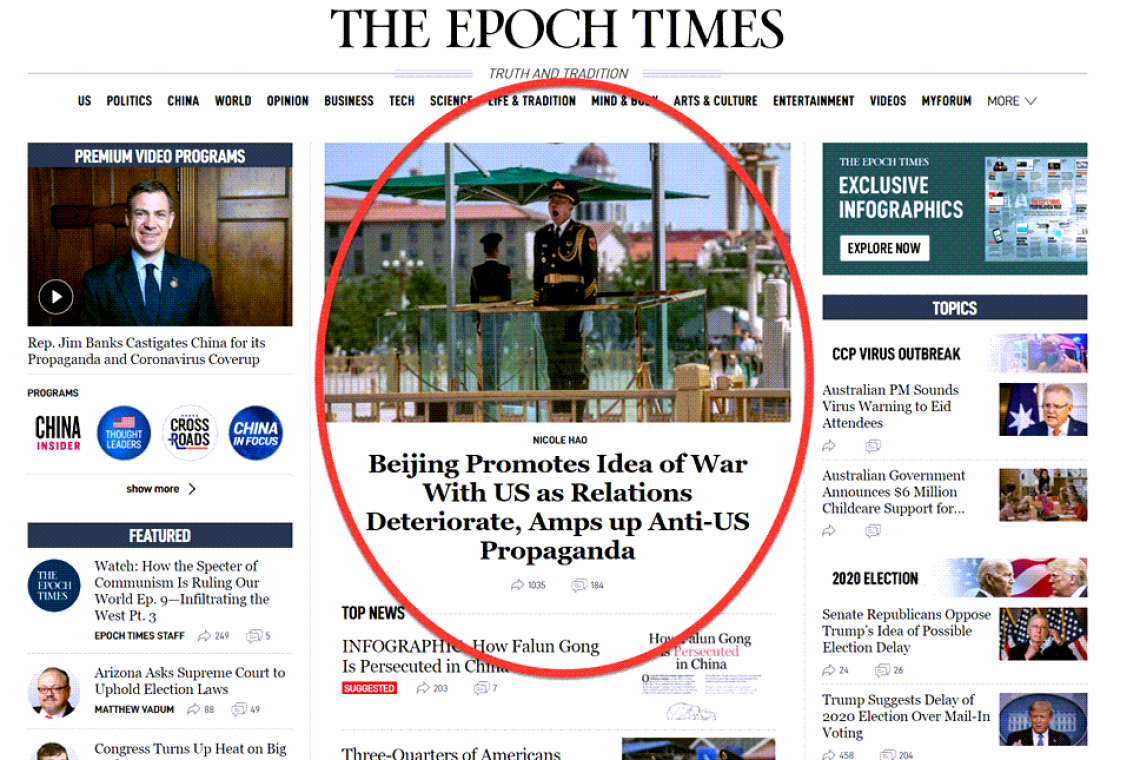 A video from Covert Intelligence Sources, published on the Hal Turner Radio Show web site FIVE DAYS AGO, has made the lead story, banner headline, of the Epoch Times newspaper, taking the story global: China is warning its citizens to prepare for nuclear war with the United States.

Subscribers to this web site knew about this FIVE FULL DAYS AGO because they subscribe for $1 a week.  You could have known it too - if you subscribed. Now that the story is going global, there _could_ be panic-buying of supplies like food.

The EPOCH TIMES is a large, well read newspaper and in their July 30 issue was a lead story, banner headline, above the fold, reporting what the Hal Turner Radio Show revealed five days ago:  China has begun erecting posters in Beijing, instructing Chinese citizens what to do if AIR RAID sirens sound; get into shelters don't look at the flash, and how to prepare home shelters to survive.

The posters outline what supplies people should have and more.

We treated this story with serious restrictions, making it available only to subscribers HERE, (Now released from behind the paywall and so is available to the public free) so as to avoid causing a panic by the general public.

If China is telling its people to prepare, then China clearly believes there's a reason to prepare; so either they think we're going to attack them (which we aren't) or they are planning to attack us, and know they will be hit back.

They say it will likely commence in the South China Sea, rapidly escalate into a China invasion of Taiwan, which will then result in major US-China battles.  At that point, the continental United States __could__ be hit by China in a missile strike.

If that were to take place, the US would strike back.

Who dies in the mean time is anyone's guess.

Americans are urged to be prepared.  Have . . .

Hopefully, cooler heads will prevail and there will not be war.  But if things continue escalating, you would be well advised to make sure YOU are prepared because if the missiles start flying, it will be far too late to get the gear you need to keep yourself and your family alive.

Here is a link to the Epoch Times story (HERE)

Once again, this web site had this valuable information many days before any mass-media outlet reported the story.  People who subscribe to this web site get the information first.  YOU would be smart to subscribe.  It's only a dollar a week, billed quarterly ($13) HERE or monthly ($5) HERE.  Sign up today and you can be on the cutting edge of news you REALLY NEED to know!