It's Official: Russia to Exit U.S. Dollar - Other Countries Likely to Follow 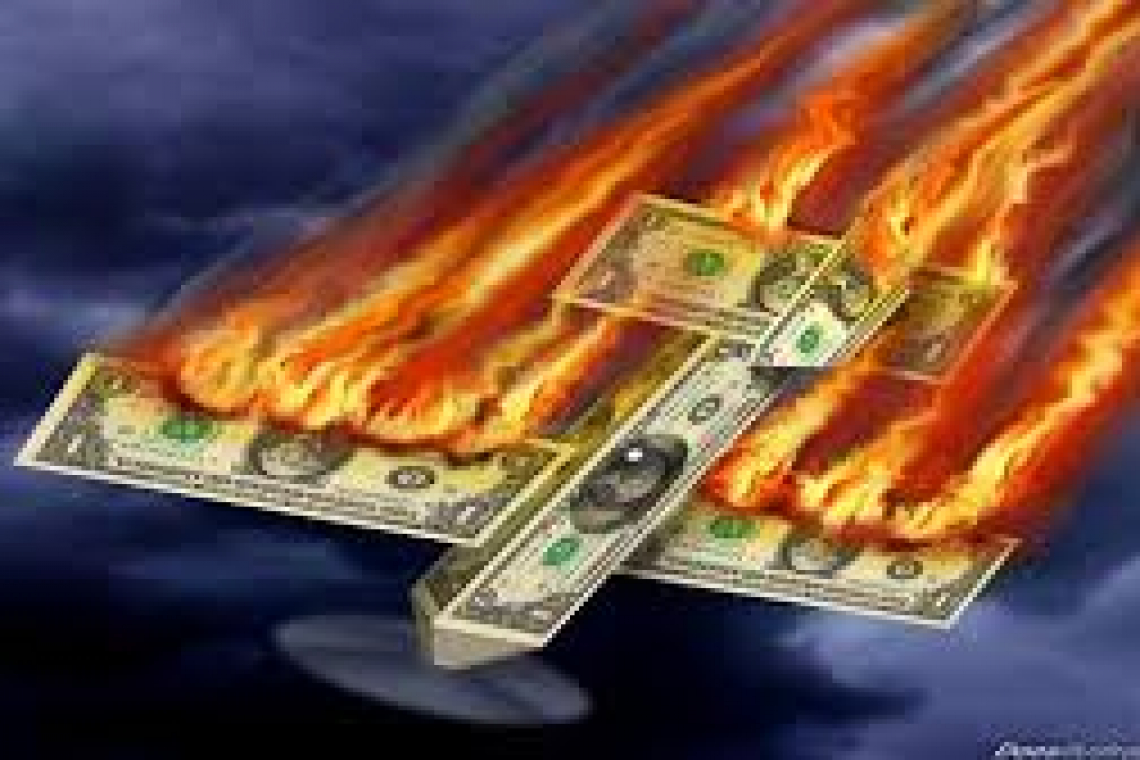 This morning, the Russian Finance Ministry publicly confirmed "Russia to exit from all Dollar assets in its Wealth Fund and to invest in Euros, Pound, Gold, Yuan instead."

The announcement was made by Russian Finance Minister Siluanov.  Specifically, he outlined The Russian Ministry of Finance will introduce changes to the structure of the National Wealth Fund within a month, as the share of the US dollar will decrease to zero and the share of yuan will grow to 30 percent.

"Just as the Central Bank, we made a decision to reduce the National Wealth Fund investment in dollar assets ... We made a decision to abandon the dollar assets completely and to increase the share of euro and gold instead. The share of Dollar will amount to zero, Euro will be 40 percent, Yuan will be 30 percent, gold will be 20 percent, Pound and Yen will be 5 percent each," Siluanov told reporters at the St. Petersburg International Economic Forum (SPIEF)."

According to the finance minister, this will happen "quite quickly, within a month."

News of this type is not something that catches the attention of the average American but the EFFECT of Russia's decision will absolutely hit EVERY American. The dollar is the main Globo-American weapon.

Every economy will need to de-dollarize itself to neutralize that U.S. weapon. This will be necessary to allow return of functioning healthy economy and to neutralize American political interference around the world.    Once countries de-dollarize, the USA will have no economic method to misuse as a way to push other countries around.

This was originally proposed in August 2020 to the BRICS economic alliance (Brazil, Russia, India, China, and South Africa) in a story titled "Russia calls on fellow BRICS countries to DUMP US DOLLAR in favor of trade in national currencies" (HERE)

At that time, no one actually did it for fear of US military might being used to destroy whoever tries to de-dollarize.  But with  illegitimate weakling Joe Biden as U.S. President, the world actually has a real chance to do this without consequence.  Or so they think.

While at the moment Russia is not a big economic player, they are an enormously powerful country as far as military might, and their action today will embolden other countries to do the same.

Some people are quickly claiming Russia's move is meaningless because the world operates on the Petro Dollar; meaning ALL oil bought and sold around the world, is transacted in Dollars.  Every country MUST have Dollars in their foreign reserves in order to transact any oil business.

It is arrogantly thought that as long as oil MUST be bought and sold in dollars, there is no way the world can de-dollarize because they MUST possess the currency to trade oil.

That began to change recently.   Saudi Arabia is now settling oil contracts in Yuan and that trade has been rapidly growing. Now copper contracts will start settling in Yuan as well.

The next step is super doom, Russia and China will exit the petro dollar.

Once that takes place, other countries will stampede into other currencies that oil can be traded in, and they will DUMP their Dollar currency reserves.

All those Trillions of dollars will come flooding back to the United States in such enormous amounts, it will instantly trigger hyper-inflation and literally wipe out the value of the U.S. fiat currency.

It is going to be a rude awakening for Boobus Americanis. We may even see a mass exodus from the dollar as soon as Q2 ‘22.

At least one person we spoke with this morning told us "The Bankers will never stand for this.  It will mean war on a global scale to prevent this from happening."   Except this announcement by Russia, comes right after the Bilderberg Group meeting.  It looks to some people, like the Bankers are already in on it: the planned destruction of the USA.

"They" want to destroy the US. . . Trump was the last obstacle. Now he's removed thanks to Xi and Fauci's virus, along with the useful idiots of the Democrat Party who were so craven for power, they didn't see they were helping foreign governments destroy their own nation by stealing the election to get Trump out.

Democrats truly are among the most stupid people on earth.  What they lack in strategic thinking, they make up for with greed and cunning.   Except they will soon find themselves running a USA that's become Venezuela thanks to their stupidity and lust for power.

Of course, the US slide into a Venezuela situation would likely result in a civil uprising.   That's where COVID and its so-called "vaccine" come in:   They need to kill off about 200 Million of you to make sure you cannot rise up against them.  So they hyped a flu-like illness to scare the shit out of you (COVID-19) then got you to willingly give them your arm to inject some experimental "vaccine" whose ingredients will over-write your DNA, and likely - in my view - result in millions dead like this smart-ass:

Think I'm wrong?   How about that Deagle report?   You know, the one published back in 2014 showing the US population would drop to about 100 Million people.    Here, look:

These folks were allegedly deeply connected to the CIA.  Years ago, they published the chart above showing the stunning collapse of US population.   At the time, they claimed the drop would be caused by economic failure and resulting migration.  Few believed them but took them very seriously.   Here's why:

Perhaps most surprising of all is the revelation of who is behind Deagel, and to find that answer, Whois was the solution. Early researchers were able to uncover that the person behind the website was none other than former government insider, Edwin Deagle.

Edwin Deagle is also listed as an active member of the CFR.

Perhaps most telling of all is the interesting fact that Deagle is the Director for International Relations for the Rockefeller Foundation, one of the leading eugenic supporters in the world.

Now, with the "COVID-19" having been unleashed, and a "vaccine" that's already killed more Americans than all other vaccines over the past twenty years, COMBINED, the picture of how US population will actually be reduced, comes into clearer view.  KILLED-OFF.

Remember, too, economic wars always turn into real wars.  So if the Vax fails to cull the herd, look for WW3. Coming soon!

This whole thing appears to me to have been planned for a very long time.

Rev 13 --
(1) The dragon stood on the shore of the sea. And I saw a beast coming out of the sea. It had ten horns and seven heads, with ten crowns on its horns, and on each head a blasphemous name.
(2) The beast I saw resembled a leopard, but had feet like those of a bear and a mouth like that of a lion. The dragon gave the beast his power and his throne and great authority.