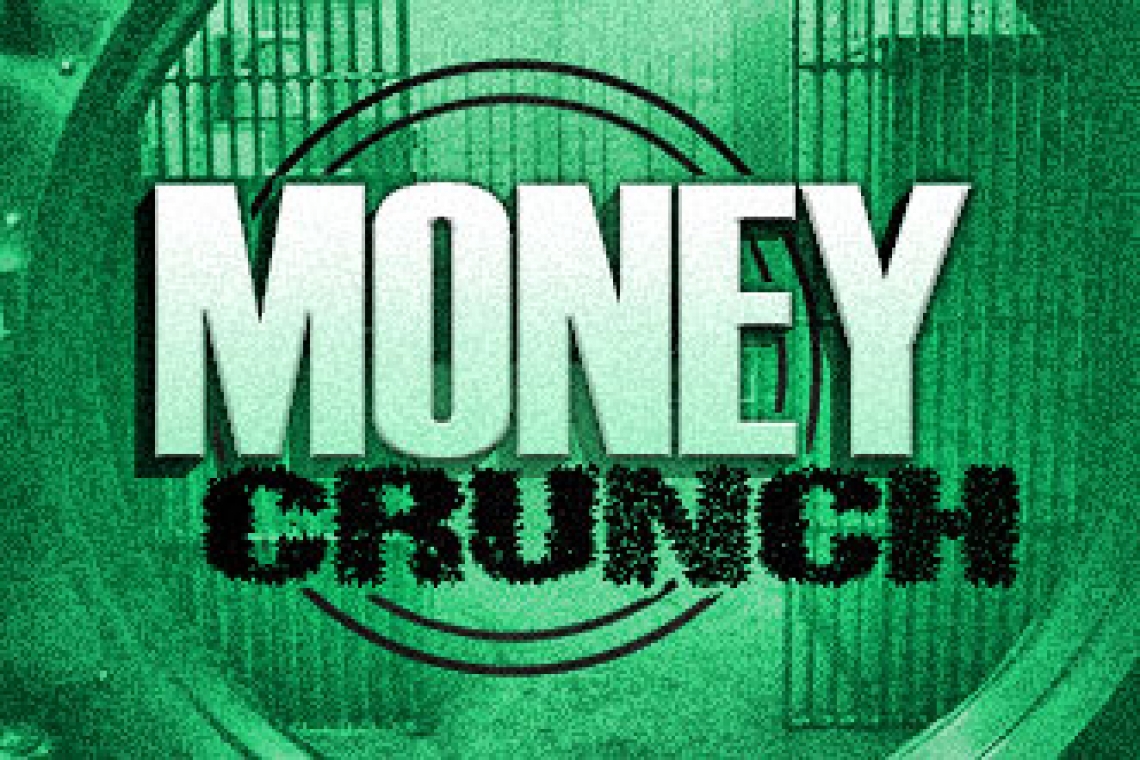 Since the government shut down the economy, quite a number of Subscribers have either NOT PAID their subscriptions, Canceled those subscriptions, or have sent BAD CHECKS to pay.  I'm now in a real jam.

Readers of this site know it depends on ad clicks and donations for revenue to survive.   Ad clicks in the past two have now plummeted 92%.

Listeners to the radio show know the show has no paid commercials - by design.  Commercial advertisers are subject to advertiser boycotts, and they end up controlling the content broadcaster through their ad buys. Advertisers start getting complaints about politically-incorrect talk, and the broadcasters have to stop that talk or lose their ad money.   Media outlets that rely on advertisers, thus have to carefully control the content allowed to be broadcast, for fear of a left-wing boycott.

Since its founding in the year 2000, this show has NOT had paid advertisers, specifically to allow us all to enjoy the freedom of not being subjected to the radical left wing and its temper tantrums.  Calls to the radio show are NOT pre-screened for content.  Callers are NOT censored.  No topic is taboo.  You don't get that on regular talk-radio.

The result has been YOU get "REAL" news and REAL opinions, both on this web site and on the radio show.   You get content here like nowhere else!  Cutting-edge stuff.

It costs literally thousands of dollars each month to bring this site and the radio show to the public.

Then, too, there's regular AM station KYAH in Utah, which is more economical, but covers far less area than the global high frequency stations WBCQ and WRMI.

There are six inbound telephone lines for callers to cue, so as to talk on the air.  Those six lines cost about $180 a month.

This web site routinely costs over $1,000 a month in hosting and data transfer charges.

In addition, there are two fiber optic connections to carry the show from studio to transmitters.  Those cost about $180 a month.

There is also a Cellular fail-over in case the fiber optics go down, which costs about $30 a month.

There is also now, a cable modem fail-over which costs about $52 a month.

There are music licensing fees to BMI and Sony Entertainment to use bumper music.

I began a subscription system which allowed folks access to premium content, and which generated several hundred a month. But THAT is falling apart fast.

Take a look at my email inbox, sorted by subject, for this month:

These subscriptions could not go through (not enough available money) when Paypal tried to debit their bank accounts: 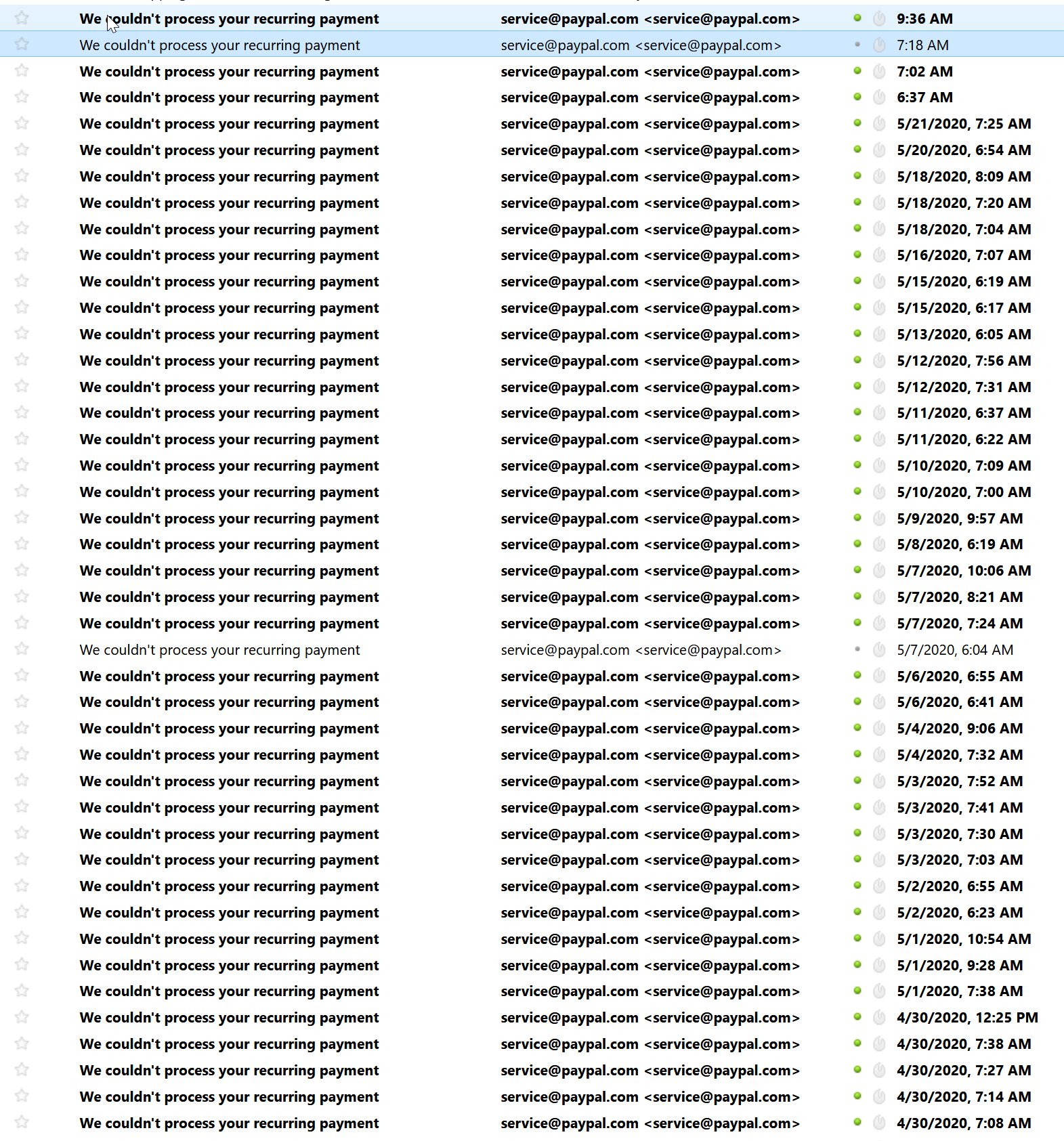 Then, some people's accounts remained without money for so long, Paypal gave up after three to five tries to get paid (I redacted the subscriber names):

Sadly, some folks knew they couldn't keep up, and canceled their subscription profiles: 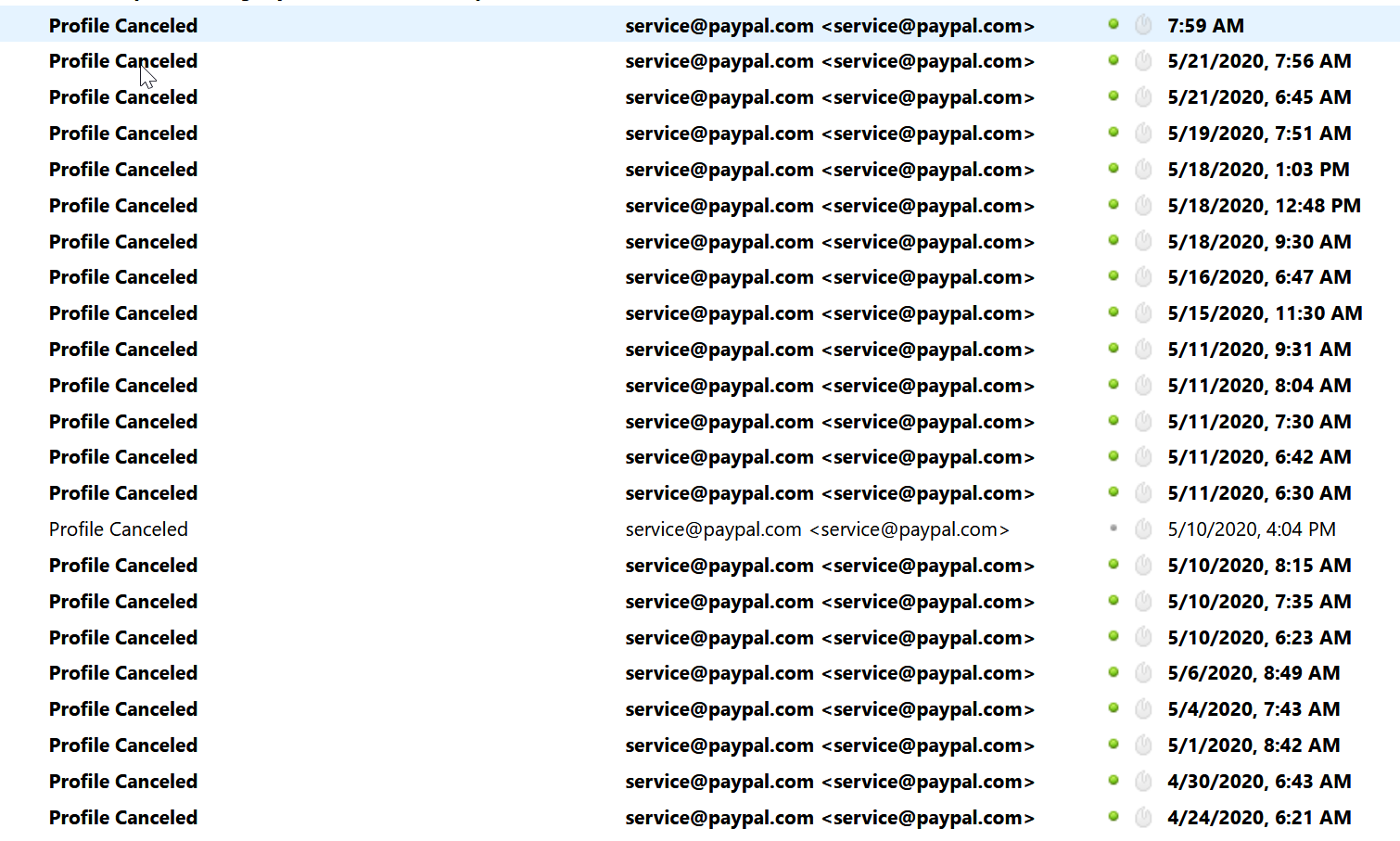 Then, I started getting BOUNCED CHECKS back from my bank . . . which cost me $7.50 each for returned deposit items!

To put it bluntly, I'm in a real pickle right now.  Funding is waaaaay off and I am now in major need of Donations.

Please click the DONATE button below and use either your Credit/Debit Card or your Paypal Account to make a donation.

Those of you outside the USA can send CASH MONEY from your country, and I will have it converted to US Dollars when it gets here.  My Bank WILL NOT accept foreign checks.

Whatever you do, PLEASE DO SOMETHING because this endeavor has been hit VERY HARD by the coronavirus shutdown of business,  and its future is in real jeopardy.