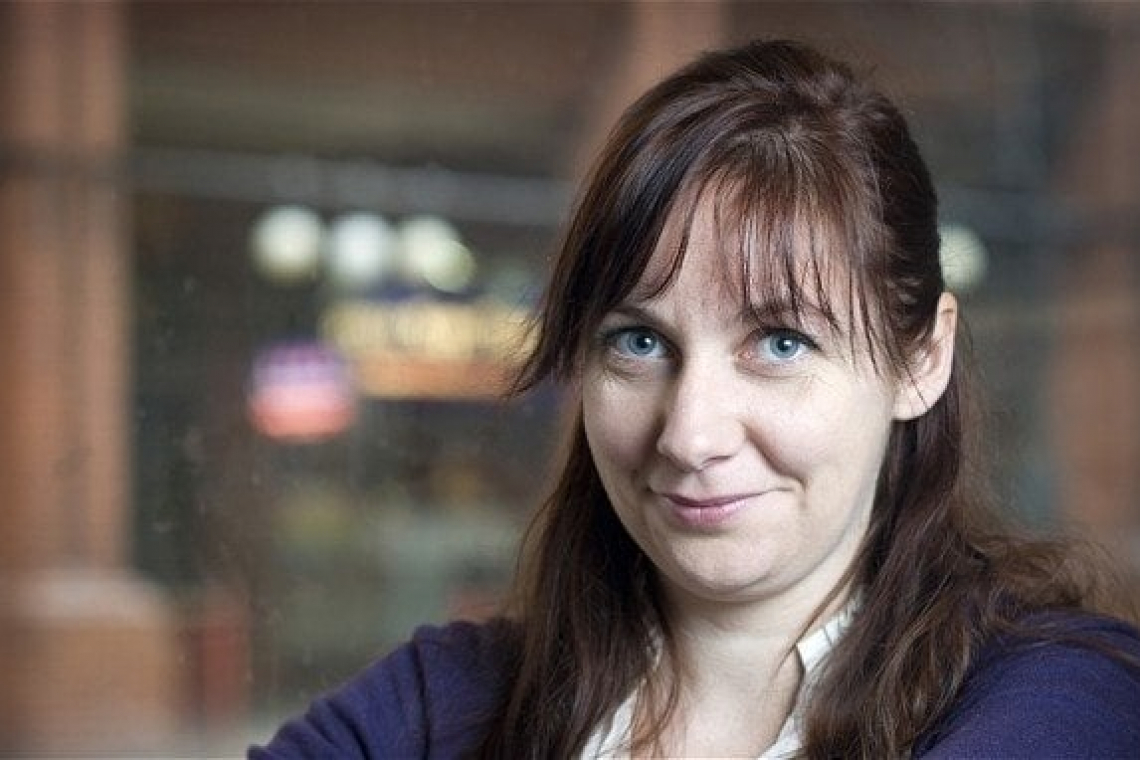 The London "Mirror" newspaper features an Op-Ed column today which, in sum and in substance, says anyone who is Anti-mRNA-Vax is a "Terrorist" spreading harmful Conspiracy Theories which, should be an act of Treason, and such people should be rounded up "deprogrammed. . . deradicalized, medicated, and educated."

The opinion piece, by a writer using the pseudonym "Fleet Street Fox" leads off with this whacko headline:

Wow!  No incitement to violence with THAT headline, is there? She isn't inciting ignorant, frightened, vax-zombies to go after people, is she?

In her Opinion piece she writes of those opposing the new, demonstrably dangerous mRNA vaccines that:

"It's what you'd expect from the Taliban, isn't it? And it is reasonable to say promoting those ideas, forcing them on others, or joining such a group of fatally-thick knuckledraggers is so likely to kill people that it should be a crime."

The piece then goes on to compare those opposed to the deadly mRNA gene therapy, masquerading as a "vaccine," by comparing them to Nazis and laments we're "nutters" when it says: "

If these people were wearing swastikas and throwing Nazi salutes, the head of MI5 would be giving interviews about how the biggest threat to British lives was baby-killing fascists.

Instead, well, it's just nutters innit. And no-one stops to think about how the Taliban, the IRA, Al Qaeda, neo-Nazis and ISIS were all just nutters, once, and mostly still are.

Yet she's just getting started!  The opinion piece then goes ahead an describes those of us who have done our own research and based our decision on facts as "anti-thinking" but deadly as terrorists, when it says:

"Perhaps the difference is intent. The world's terrorist organisations aim to create terror, whereas the anti-thinking brigade do it by accident.

But the damage they do is far greater. The Lockerbie bomb killed 270, while 7/7 claimed 50 lives. Telling lies about jabs could kill thousands among the unvaccinated, and thousands more as a side-effect of lockdown."

Then we get to the real meat of it when the piece relates:

But in the same way as terror networks have been born, a movement is growing that greets every good new thing as an evil that must be shunned. A vaccine, a vitamin, or your right to vote for who's in the town hall, is all at risk if the whackos find a way to break into the mainstream.

It goes on to warn:

"When they find a calm, reasonable-sounding, public relations dream to provide the relatable face for their lunacy - and they will, if not stopped - vaccines become less effective, vitamins less popular, and voting less likely.

If Britain goes back into lockdown this winter, our government and our conspiracy theorists will be equally responsible for it, and for the deaths of a winter wave."

Trying to equate opposition to the new, dangerous mRNA vaccines as almost state-sponsored  aggression and terrorism, the piece illogically laments:

We place sanctions on North Korea, and freeze the assets of Vladimir Putin and his cronies. We send drones to take out troublemakers in Syria and send special forces in to the Iraqi badlands. But with homegrown idiots who are far more deadly to our health, we guarantee them freedom of speech, let them gather outside Parliament, and allow them to proselytise in plain sight.

See, to the writer of this piece, us speaking OUR views is somehow worthy of a drone strike or attack by military Special Forces!

Finally, the writer goes on to suggest a course of action:

Updating our laws to make the spreading of harmful conspiracy theories an act of treason, though, would mean that not only could the ringleaders be shut down, they also could be deradicalised, medicated and educated. They are terrorists, and should be treated as such.

Take out the co-ordinators, and their converts could be deprogrammed.

So it seems to me the so-called "vaccine" does NOT protect anyone from catching COVID-19.

Worse, according to a study, when the "vaccinated" actually catch COVID-19, they carry 251 times the viral load compared to unvaccinated, but suffer NO SYMPTOMS; which makes the vaccinated . . . SUPER-SPREADERS!  That study can be read HERE

So not only can the vaccinated catch COVID, they can spread it to others too!

Well, if the vaccinated can catch and spread the very disease they are allegedly protected from, what good is the vaccine?????

Which brings us to a truly inconvenient fact: More people have died (in the US) from these mRNA experimental ... 'therapy' ... Shots/Jabs/Vaxxes than from all of the previous vaccines of the past 100 years, COMBINED.

Now, for Susie Boniface at the London Mirror newspaper, these irrefutable facts are somehow "conspiracy theories" worthy of being criminally charged with Treason, rounded-up, deprogrammed, de-radicalized, medicated and educated.

It never seems to occur to Susie Boniface that it is she and those who think like her, who are the demonstrably uneducated.

It seems to me they just keep throwing out fiction hoping someone will fall for the traps and believe it all.

For the record, it's not "anti-vaxxer" it's "organic pro choice" -- you know that OTHER issue the "left" relentlessly takes the same stance on... thus proving how insane they all really have become.  Apparently, for left-wing nuts, "pro-choice" only applies to . . .  actually killing babies through Abortion.

Someone needs to ask Susie Boniface:

It's a simple question!

Moreover, Susie Boniface doesn't bother mentioning that the overwhelming majority of people in hospital are . . . . VACCINATED!    It's the vaccinated who are the sickest.   Here, a nurse tells you what she sees:

Most of us who decline the vaccine have simply asked to be told exactly what's in it.   But what we get, are BLANK INSERTS in the medicine boxes!  No information on the medical insert.   Here.  Look:

But, we're told . . . so many people are dying from this.  Hospitals are overloaded, they say.  It's a crisis, they say.

Well, if that's the case, then why are government agencies making "news" videos with PHONY dead bodies?   Here, look at this video production which catches them in the act:

How many corpses have you seen actively smoking a cigarette?

Oh, and Susie Boniface claim that the unvaxed want "to kill your babies" is a laughable irony since it is the vaccine, given to pregnant women during the first or second trimester, that is causing an 82% miscarriage rate.   That's right, the vax, given to women in their first six months of pregnancy, KILLS 4 OUT OF 5 BABIES.   (Story HERE)

So it can be credibly argued that it is the vax, and vax-supporters, who are causing babies to die!

In fact, the vaxxine is arguably the bioweapon.

It is asserted in Court cases (Canada) the virus does not exist.

All they had to do was make people believe the first lie, then just pile more lies (about new variants) on top, to no end.

The side effects of these new, mRNA vaccines are horrifying.  Many people who took the "jab" die within minutes.   More die within one day.  Others, within a week or two. According to the VAERS (Vaccine Adverse Event Reporting System) more than fourteen thousand are already dead here in the USA from the vax, and more than 600,000 are seriously (some permanently) injured.

In fact, it turns out, most people who took the "jab" are already dying from micro-clotting of their blood, in the capillaries throughout their body, especially the lungs. They just don't know it yet.

The clots are very small, too small to be seen on an x-ray, but they can be detected through a blood test called D-DIMER.   It reveals if the clotting is taking place in the body and if it is, the people suffering it, will likely die within 18-24 months from . . .  right side heart failure.

You see, the mRNA vaccines cause human cells to generate something they're not supposed to:  a "Spike Protein."  Its like a little thorn protruding out of the cell.   As blood cells pass it, the little thorn rips the blood cell open.  The body sees these ripped blood cells, interprets it as an injury, and moves to clot the wound. This clotting happens in the tiny capillaries, sealing them.

We who oppose the vax have the facts.  We have the science.  We have the medical studies.  It is she who has none of those things, but who fell hook, line, and sinker, for the lies being told that the vaccine is good.   As the fictional TV character "Batman" used to say "Poor deluded child."

Yet this poor, deluded, child is pushing for those of us who know the facts and who dare to speak them, to be treated as terrorists.  Rounded-up.  "Medicated" and educated.   What she seems to mean is drugged and brainwashed.

Lest you think this poor, deluded, child at the London Mirror is just a whacko to be ignored, look at what her view has resulted in when expressed in other countries: FORCED vaccination.  People being chased to the roof of their home, tackled, held down and vaccinated against their will, like this man in Argentina:

Or this woman in India:

Or this tyranny in Australia as a father is tackled and held down by police while Psychotic nurses grab his child and force-vaccinate her:

Yes, Susie Boniface and her ilk are leading to all these real life horrors and they're not stopping.  It is ironic that she laments that we who oppose the Death Dart are somehow "forcing our views on others" merely by speaking, while it is HER ILK that is literally forcing things on other people - at gunpoint!

It is clear to many people that Susie and her ilk are simply going to have to BE stopped.

Now, that's a tough thing to do when half a dozen cops, armed with guns and equipped with shields and body armor, break down your front door and come in aiming guns at you.  Their Plexiglass shields and body armor will protect them from even the firearms owned by Americans.  But you know what that gear WON'T protect them from?   Gasoline.  Petrol.

A small mason jar filled with gasoline, tightly capped, on a small shelf where it is handy to the homeowner and family.

Those entering by force can be splashed with gasoline as they blast through the door.  Then, if they fire their guns or deploy their Tazers, the muzzle blast from their own gun or the sparks from their own Tazer will set THEM on fire.  They would likely burn to death in the foyers of the homes they break in to.

The homeowner can then quietly stand there with a lit ZIPPO cigarette lighter and tell them "Get out or I'll throw this lighter and set you all on fire."  They can either leave in peace and safety, or burn to death.

If they refuse to leave and have to be set alight, oh well, they will have brought it upon themselves.

And it will have been the Susie Boniface's of the world, that lead to it.  With their idiocy about the real facts surrounding these so-called "vaccines" and their obsession with getting other people to succumb to the deadly genetic manipulation that these "jabs" actually are.

As for Susie Boniface and those who think like her, some advice:

Relax. Independent thought isn't for everybody.
It is very apparent you don't qualify.

Take a deep breath, get the booster and you will be fully protected by a SAFE and EFFECTIVE jab.
Soon all your worries will magically disappear!

Trust the science to take care of you!

And as you find yourself dying from right-side heart failure, a heart attack, or a stroke,  just be grateful you didn't get COVID.