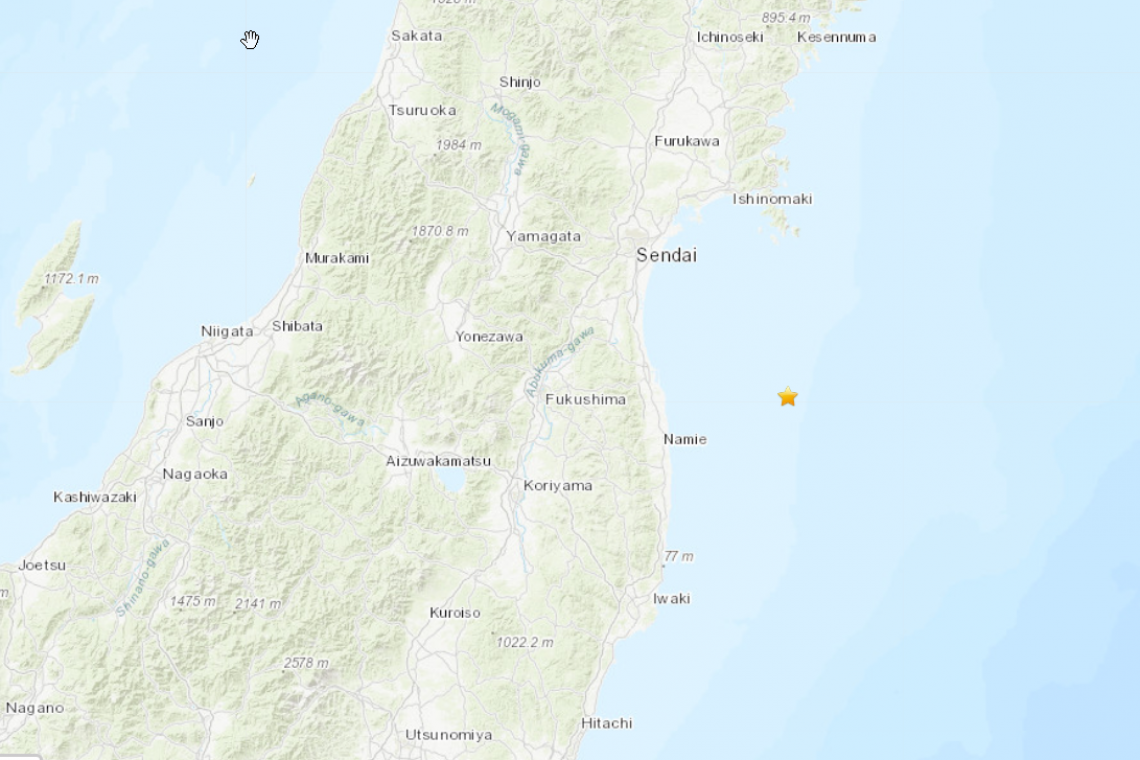 A Magnitude 6.3 earthquake has struck in the Pacific Ocean just off the coast of Fukushima, Japan.  The strong quake shook the already damaged Fukushima Daiichi Nuclear Disaster Site, where three reactors melted-down and exploded in March 2011.

Significant additional damage has reportedly taken place at Reactor building #2 which remains off-limits to humans because radiation levels inside that building as so high, they would kill a human after only a few minutes exposure.

The quake took place at 6:23 AM eastern US time, at a depth of about 38km which is rather shallow for a quake of this strength.  It was widely felt.

Further info as it becomes available.  Check back.