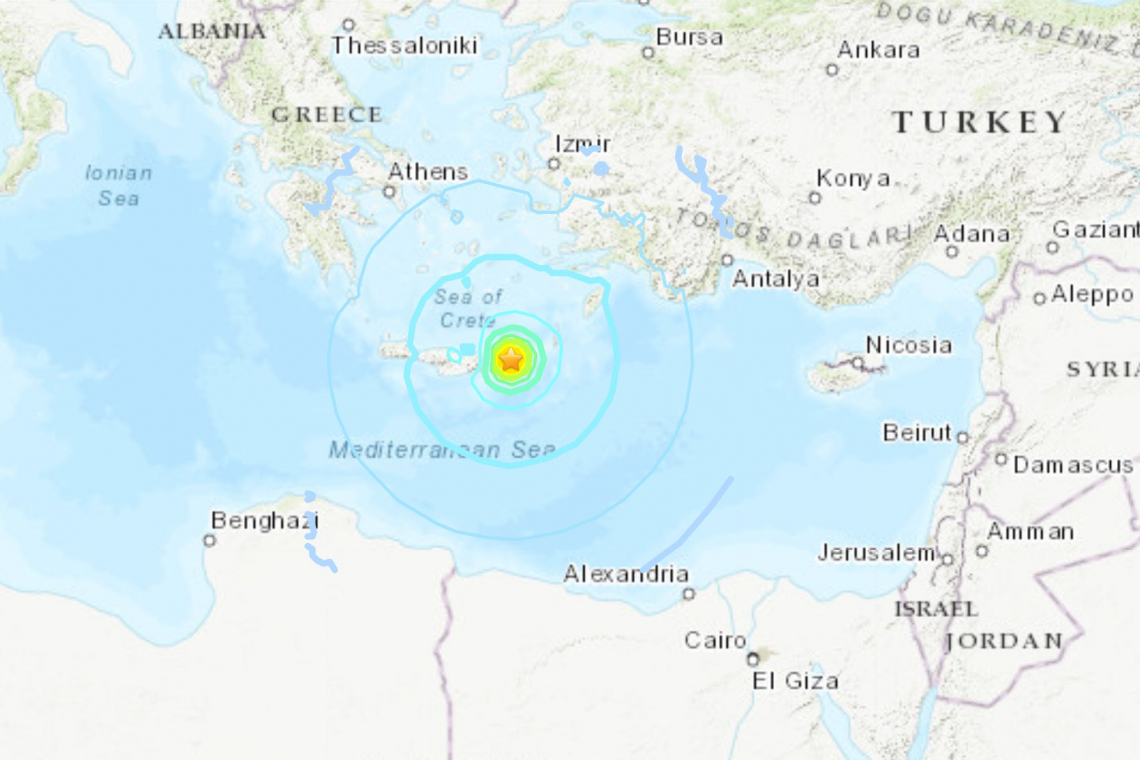 A large 6.4 magnitude earthquake has hit the Greek holiday island of Crete and a tsunami warning has been issued.

The quake struck the east coast of the island at a depth of 10km under the village of Palekastro, according to the US Geological Survey.

The village is 84km (52 miles) from Agios Nikolaos, which is a popular destination for British tourists.

It comes three weeks after another tremor killed a man on the island and damaged hundreds of buildings.

There were no immediate reports of serious damage or injury after Tuesday's earthquake, which, according to the Geodynamic Institute in Athens, was followed by aftershocks measuring 4.1 and 4.6 in magnitude.

The quake was also felt on Greek islands to the east of Crete, including Karpathos, Kassos and Rhodes.