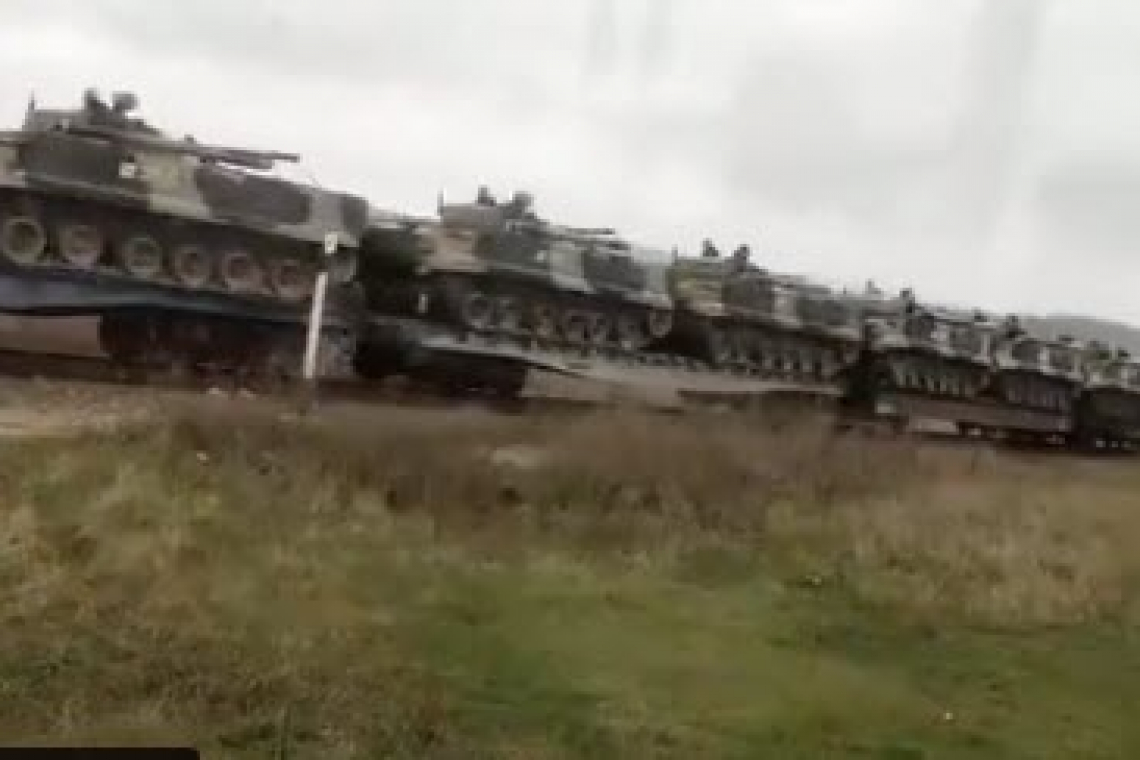 A absolutely MASSIVE amount of Russian Armor (Tanks, APC's, self-propelled artillery) arrived in Crimea via train today.  Video from the Crimea Bridge over the Kerch Strait between Russia and Ukraine shows the train.  War is coming. Big war. Fast.

# Timing? — Maximum Turbine 2021-03-31 17:19
Isn't it curious that it seems Ukraine and NATO are waiting for Russia to arrive and get ready? Maybe this is a distraction for something else or they are just...dumb. Wonder if any of these "Generals" have read "The Art of War"?
# "command raised the watch level after four Ukrainian troops were killed in recent fighting in the Donetsk region." — Palehorse 2021-03-31 12:50
|

"According to the New York Times, Gen. Tod D. Wolters, the head of U.S. European Command declared a “potential imminent crisis,” which is the highest potential watch
level."

https://halturnerradioshow.com/index.php/en/news-page/world/massive-additional-russian-armor-trains-into-crimea-war-coming-fast-and-large
-1 # RE: Massive Additional Russian Armor Trains into Crimea; War coming fast and large — AngelaM 2021-03-31 11:03
i am sick and tired of the childish coded numbers. wont watch the vids
# "i am sick and tired..." — Palehorse 2021-03-31 12:52
|