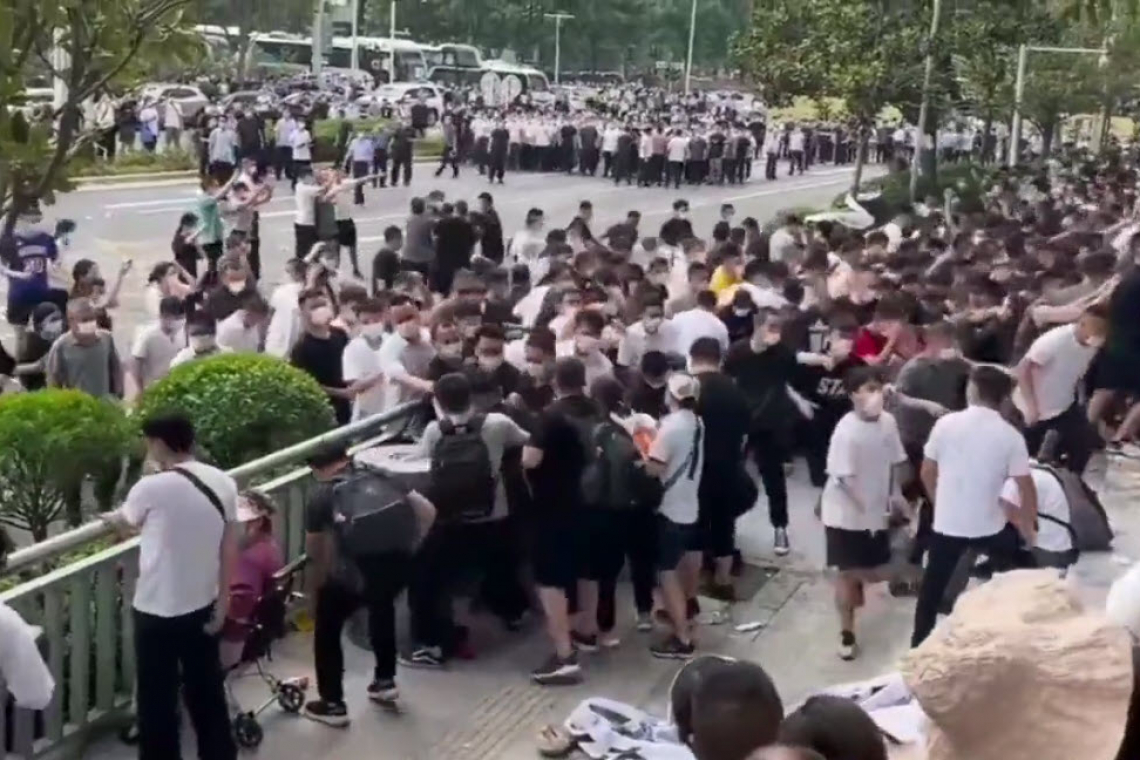 China is on the verge of financial collapse.  Chinese Banks stopped depositors from withdrawing money back in April and have not enabled withdrawals since.  Crowds of thousands are storming Banks today, demanding money and using violence.  The RUMORED REASON Chinese Banks cannot allow withdrawals is that the China Communist Party seems to have STOLEN the bank bailout funds and cannot make the banks solvent!

Video from one Bank Run taking place in at the Zhengzhou branch of China's central bank today, appears below:

Now that it is known that the government of China is having trouble making their banks solvent, panic is spreading throughout the country.

Look for there to be banking troubles in other countries that rely on Chinese cash to remain solvent themselves.

Just Friday, almost ALL banks in Canada, went "offline" due to a "connectivity problem" through the Rogers company.   ATM's weren't giving cash, credit and debit card transactions were not getting approved.  People lined up at their local bank branches with the hope of being able to get cash to shop over the weekend.  Some had success, others did not.

Is the Canada bank "connectivity issue" related to the China Bank crisis?  No one is saying.

Bottom line: Have cash money and get your shopping done.   A lot of things are starting to go funky and those who are not prepared are in for a rough ride.

Things continue to spiral out of control inside China.  The bank Run is causing panic and anger throughout the country.  Here's more video:

This is huge. Don't know how this will end. Henan bank is NOT the only one that is having problems with liquidity. All four Chinese banks are having the same issue. Some depositors found they can save and can NOT withdraw money with their bank cards. #bankrun #China #CCP pic.twitter.com/5WYYgpmIWP