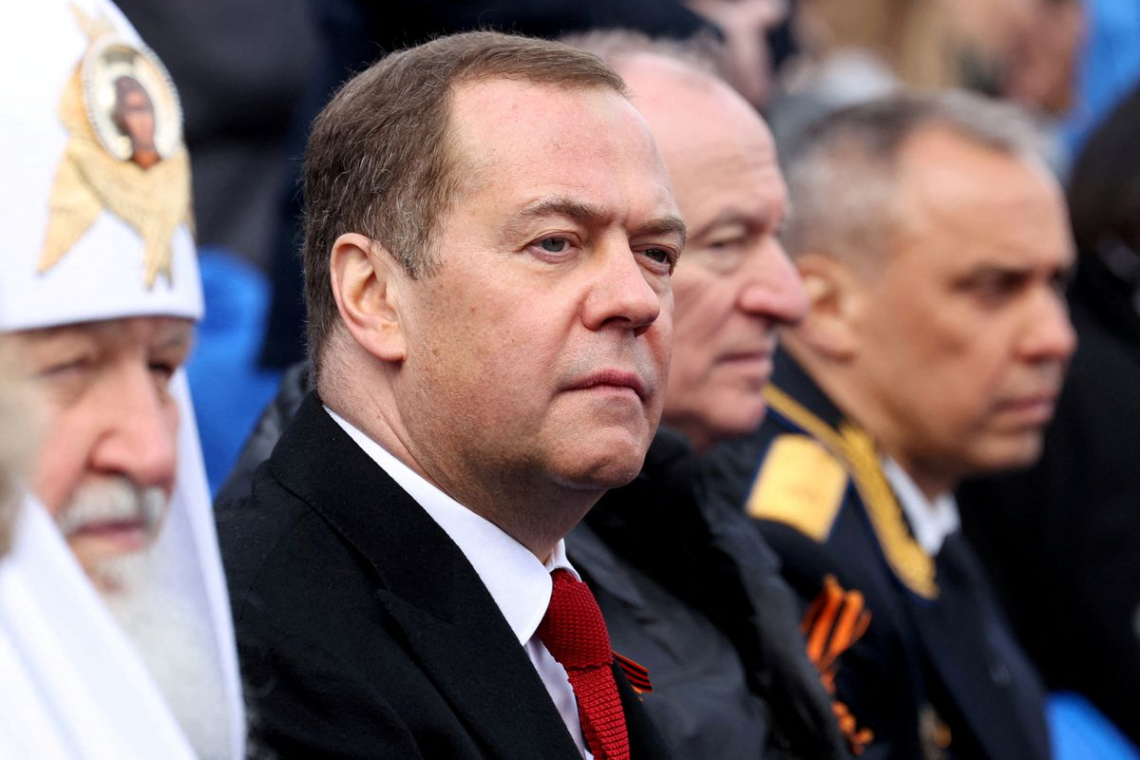 One of President Vladimir Putin's closest allies warned the West on Thursday that the increasing military support given to Ukraine by the United States and its allies risked triggering a conflict between Russia and the NATO military alliance.

Russia's Feb. 24 invasion of Ukraine has killed thousands of people, laid waste to swathes of its former Soviet neighbour and raised fears of the gravest confrontation between Russia and the United States since the 1962 Cuban Missile Crisis.

"NATO countries pumping weapons into Ukraine, training troops to use Western equipment, sending in mercenaries and the exercises of Alliance countries near our borders increase the likelihood of a direct and open conflict between NATO and Russia," Medvedev said in a Telegram post.

"Such a conflict always has the risk of turning into a full-fledged nuclear war," Medvedev said. "This will be a disastrous scenario for everyone."

Putin says the "special military operation" in Ukraine is necessary because the United States was using Ukraine to threaten Russia and Moscow had to defend against the persecution of Russian-speaking people.

Putin, who says Ukraine and Russia are essentially one people, casts the war as an inevitable confrontation with the United States, which he accuses of threatening Russia by meddling in its backyard through NATO eastward enlargement.

Ukraine says it is fighting an imperial-style land grab and that Putin's claims of genocide are nonsense. Kyiv says Putin's invasion has only strengthened the Ukrainian people's wish to turn westwards out of Russia's orbit.

Steny Hoyer, the House Majority Leader, said Biden wanted the $40 billion funding bill to "provide Ukraine with the type of arms it needs to shift from defensive to offensive operations."

They're now openly admitting that the US is orchestrating an "offensive" war against Russia. How much longer do you think Russia will sit back and do nothing, while WE in the USA are orchestrating the killing Russian troops?

How long until Russia has finally "had it" with the United States, and begins bomb us directly?

I suspect, not long at all.

Americans would do well to prepare for being directly BOMBED by the Russian Federation, in response to the offensive war the USA is organizing and supplying, against Russia, in Ukraine.

If you do not prepare, then you are planning to fail.

Those of you already inland, must have emergency water, food, medicines, a generator for electric, fuel for that generator, communications gear (CB or HAM radio) flashlights, batteries, portable radios for news, a way to cook without electric, and a large first aid kit.

Without these things, you have no chance of surviving once the SHTF.

Plan now.  Prepare now.  Your life depends on it.