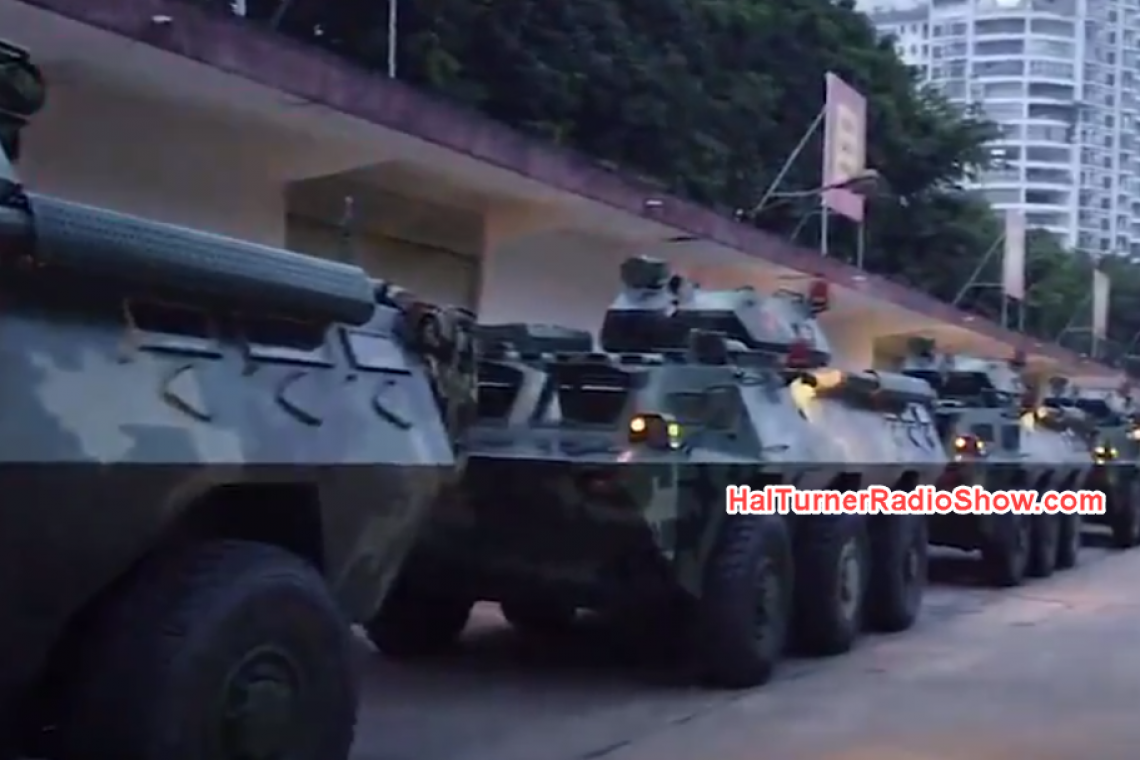 Yesterday we reported, with video, that thousands of troops from China's People's Liberation Army (PLA) were deploying into Hong Kong. (HERE)

Today, we can report that ARMORED VEHICLES are now on the move in Shenzen, headed into Hong Kong. 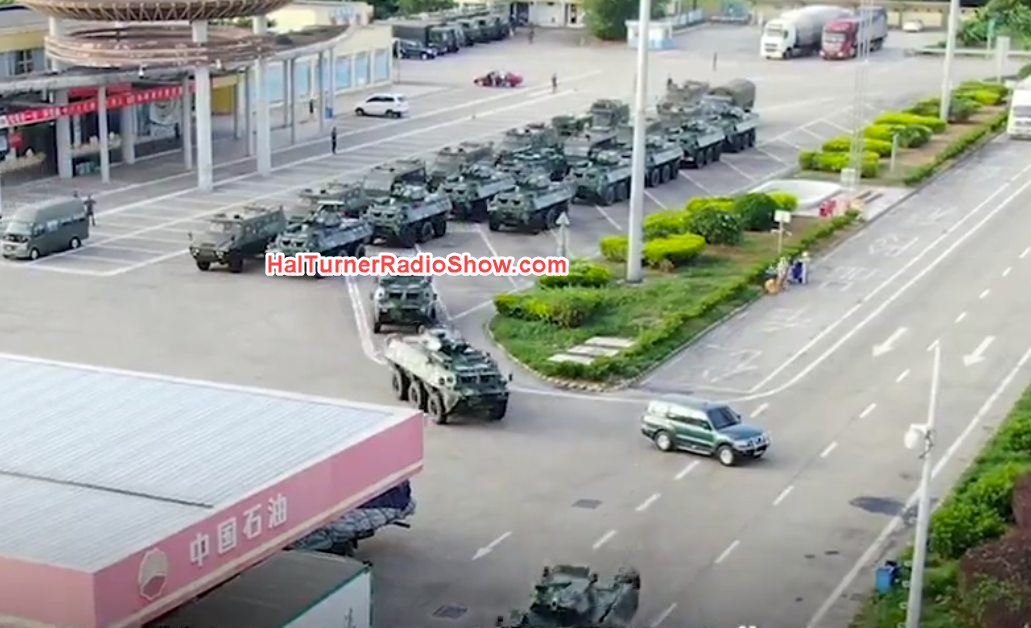 For ten weeks, residents of Hong Kong have been openly defiant of Communist rule from Beijing, with hundreds-of-thousands taking to the streets in open protest.

Now, troops are moving toward those protesters:

AIRPORT TAKEN OVER - SHUTS DOWN 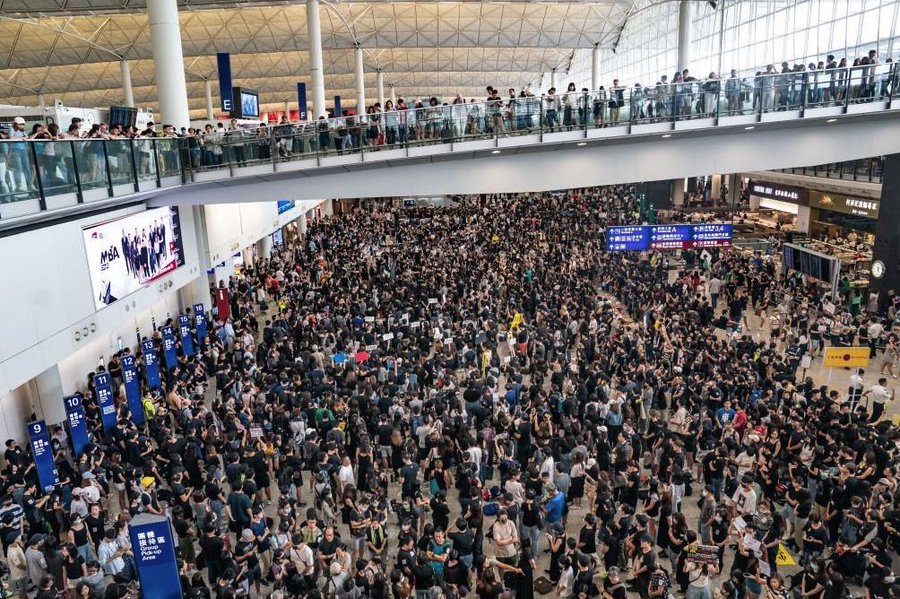 Passengers have been told not to travel to the airport, which is one of the world's busiest transport hubs.

Many of those protesting are critical of the actions of police, who on Sunday were filmed firing tear gas and non-lethal ammunition at close range.

Some protesters wore bandages over their eyes in response to images of a woman bleeding heavily from her eye on Sunday, having reportedly been shot by a police projectile.

In a statement on Monday afternoon, Hong Kong's Airport Authority said they were cancelling all flights that were not yet checked in.

Meanwhile, today, protesters in Hong Kong have taken over its airport: 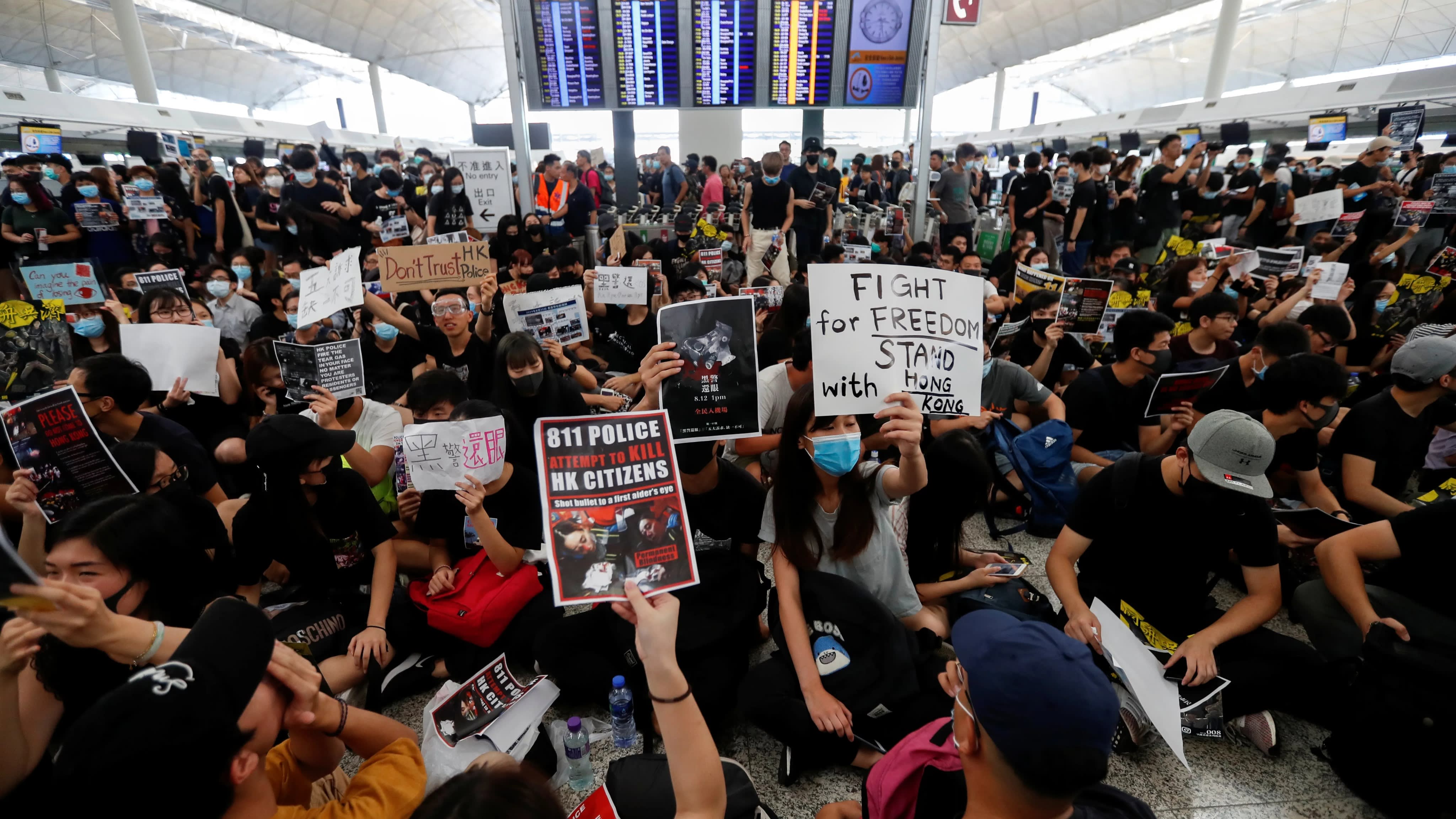 Some protesters have been recorded on video FIRING GRENADES!

A protester fires a US-made M320 grenade launcher at an illegal assembly in Tsim Sha Tsui amid escalating violence in Hong Kong on Sunday night. pic.twitter.com/NJj42ustw9

All totaled, what's developing in Hong Kong seems to be another Tiananmen Square . . . and the reality is that another similar MASSACRE as took place in Tiananmen Square could be in the making.

Companies whose business is dependent upon manufacturing or suppliers in China absolutely MUST make immediate plans for alternate sourcing.  This type of situation is very likely to result in very severe economic sanctions on China by the United States, perhaps to the point of stopping ALL trade.

Companies reliant on manufacturing and/or sourcing inside China would find themselves literally out of business if this situation results in complete US Sanctions.  Make plans right now to obtain alternate business sourcing.