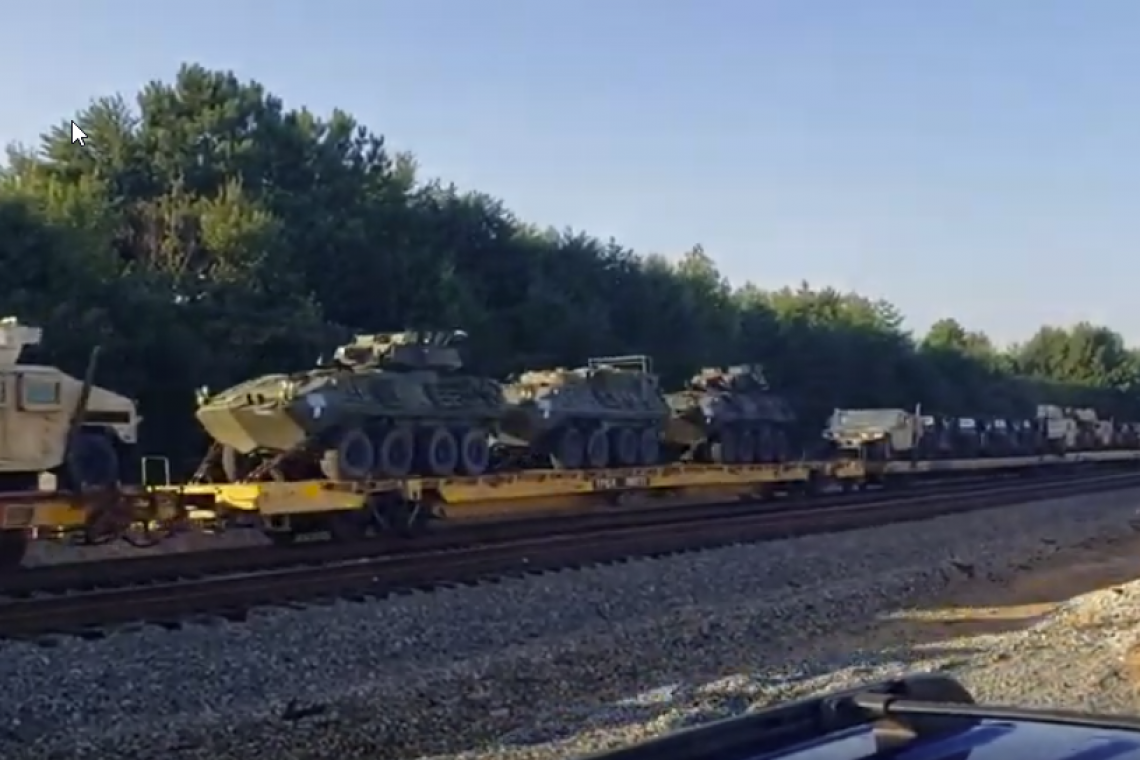 Trainloads of military equipment are being loaded and are moving throughout the United States as America opens her Arsenal to protect Saudi Arabia from Iran.

After missiles and drones blew up the largest oil refinery in the world, inside Saudi Arabia last week, America is moving to protect global oil supplies by military force.

Video of one such train, seen traveling through South Carolina, tells the story: Missile launchers, armor, trucks, HUM-V's and a lot more, on the move:

Another military train, this one rolling through Tehachapi, CA, carries tons and tons of ammunition up front, and more armor.

There are a number of additional such videos from all over the USA, but they all tell the same story: The World's Policeman is gearing up for a fight.

What's moving on the ground is matched by what's moving in the air.   B-52 Bombers, B-1b "Lancers" and B-2 Stealth Bombers are rapidly being tasked toward the Middle East.

US Missile Submarines are already within striking range of the entire Middle East.

Iran is a country of about 636,000 square miles; slightly larger than the U.S. state of Alaska.   It has a population of about 82 Million and an annual GDP of $440 Billion.

Even if Iran already has "secret" military power that they say "no one knows about", it won't matter much.   Their power cannot reach the USA and even if Iran has nuclear bombs, the US has thousands more than Iran.

The numbers explain how a fight between the US and Iran would go: Iran would simply be smashed back into the Stone Age with no hope at all.

Why their country's leaders seem intent on a confrontation they simply cannot win, is inexplicable.