NATO INTEL CLASSIFIED AS "SECRET" BEING GIVEN TO UKRAINE; SOME HAS COME INTO MY POSSESSION 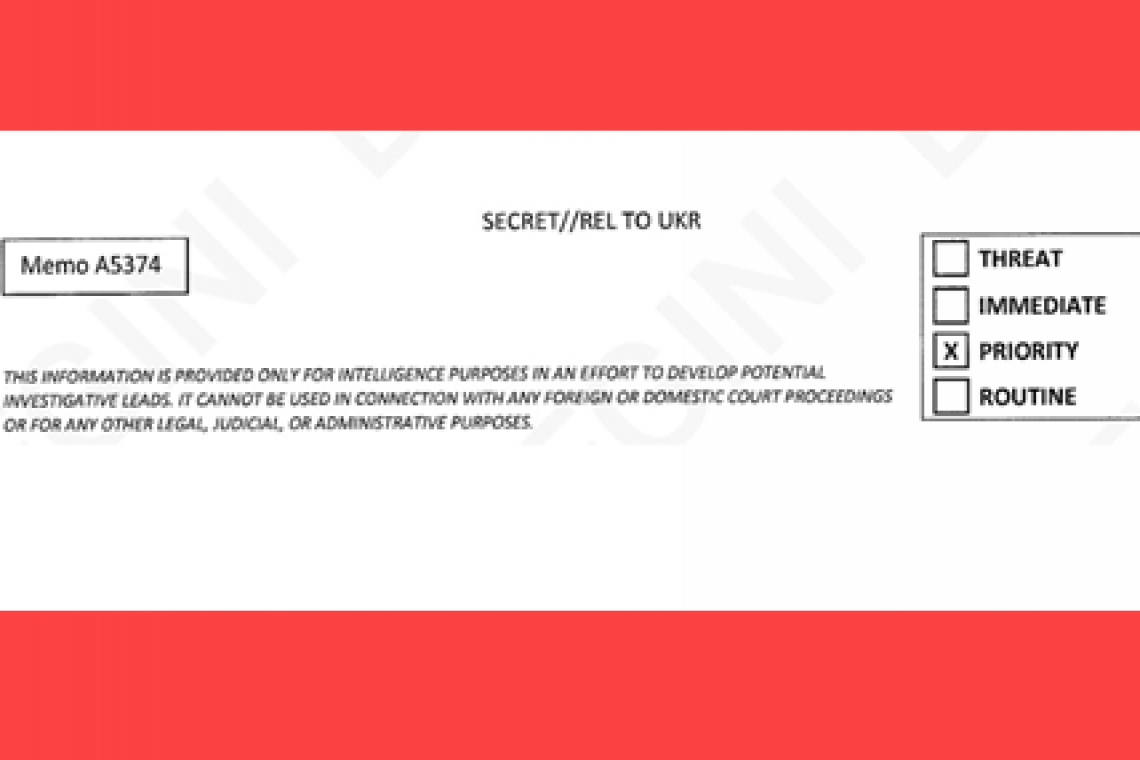 Military documents Classified as "SECRET" from NATO, have been revealed publicly, and they show the extent to which NATO is actively assisting Ukraine with targeting info to KILL Russian troops.   The release of these documents proves that NATO is, in fact, an actual facilitator of combat against Russia in Ukraine.  What NATO is doing is actually CAUSING Russian troops to die.

The documents below were secured by criminal computer hackers working against Ukraine.  The hacker group calls themselves "BEREGINI."

I have had no contact with anyone from that group and I did not solicit these documents, or participate in any of the efforts which got them.

The Hackers posted the documents publicly on the Internet.   That's where I got them.

Below, you will see screen shots of SOME of what the Hackers made public.

For the most part, they are GPS targeting coordinates, with Identifying categories listing what type of Russian military hardware is at each location, so Ukraine can attack them and destroy or kill them, like this one: 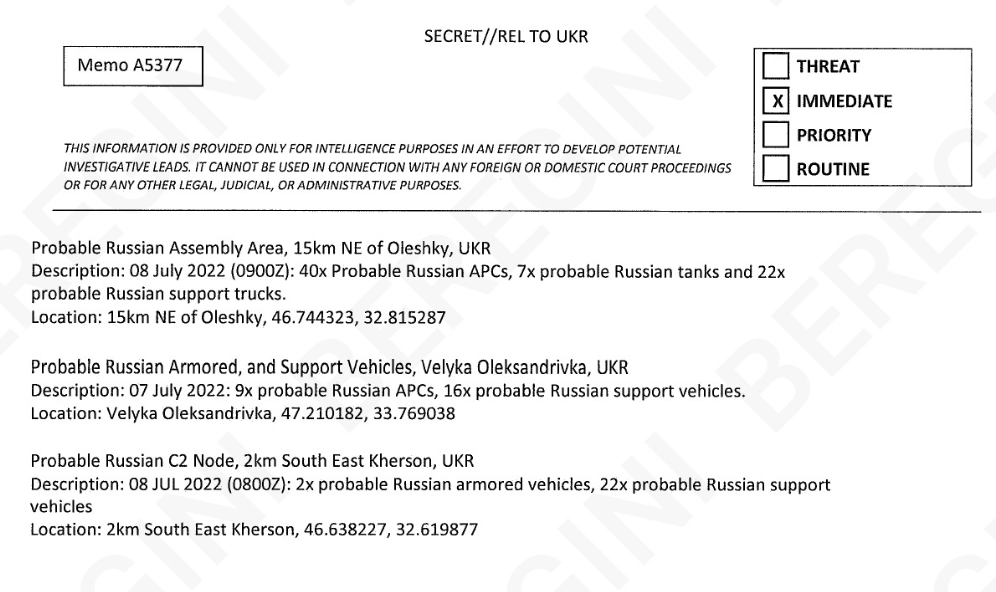 Ukraine has used this type of information over and over, to attack and kill Russian Army troops.

Other documents released by the Beregini Hacker group include NATO Maps of Russian Electronic Warfare gear, and Counter-Battery Radar positions, like this one: 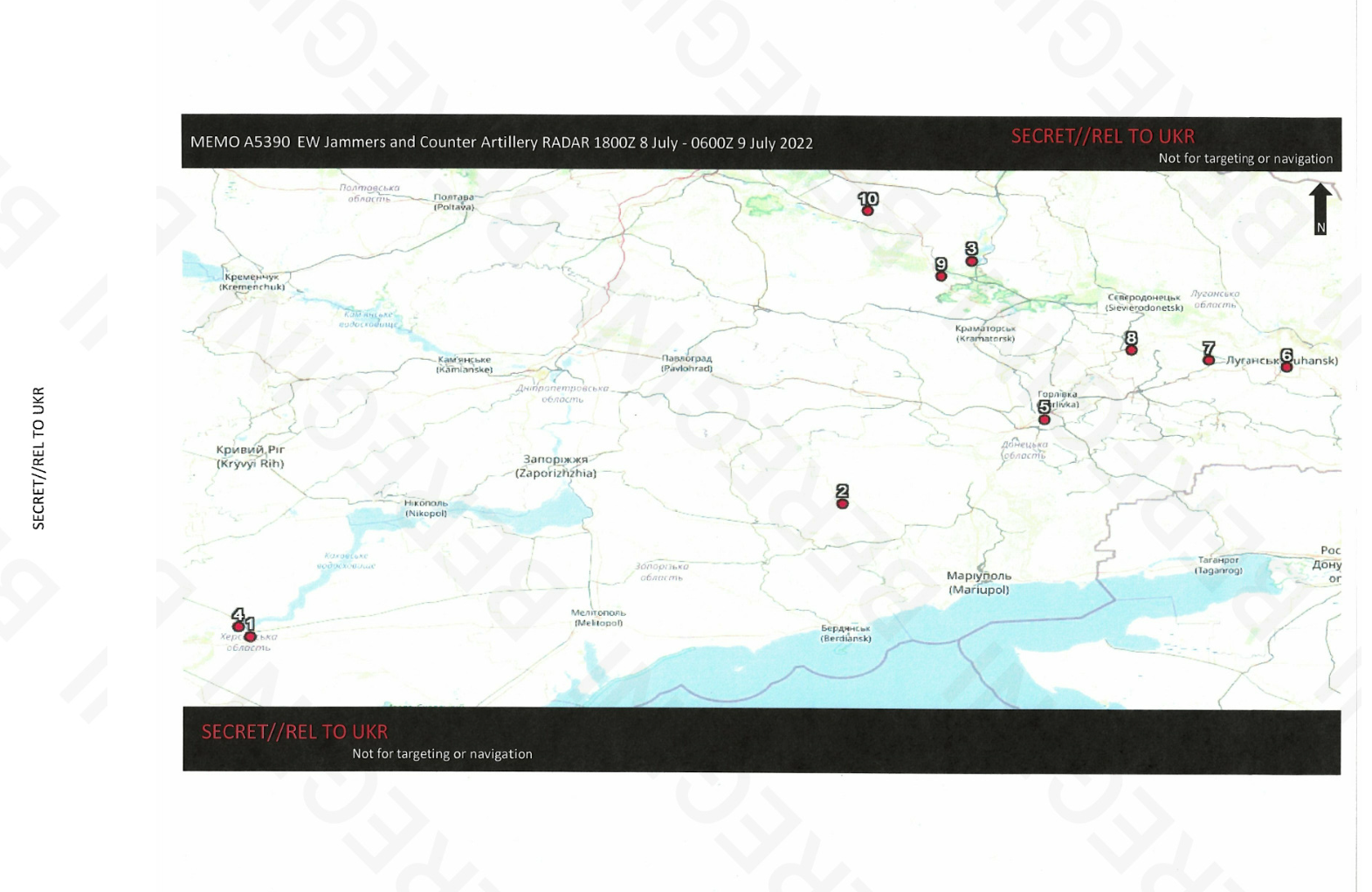 And when NATO supplies such maps to Ukraine, they also include a detailed description of exactly what is at each location.   Like this for the map shown above:

In many cases there are lengthy lists of military GPS coordinates, the type of equipment at each GPS point, thus giving Ukraine literally dozens of targets at a time, to hit, like this one: 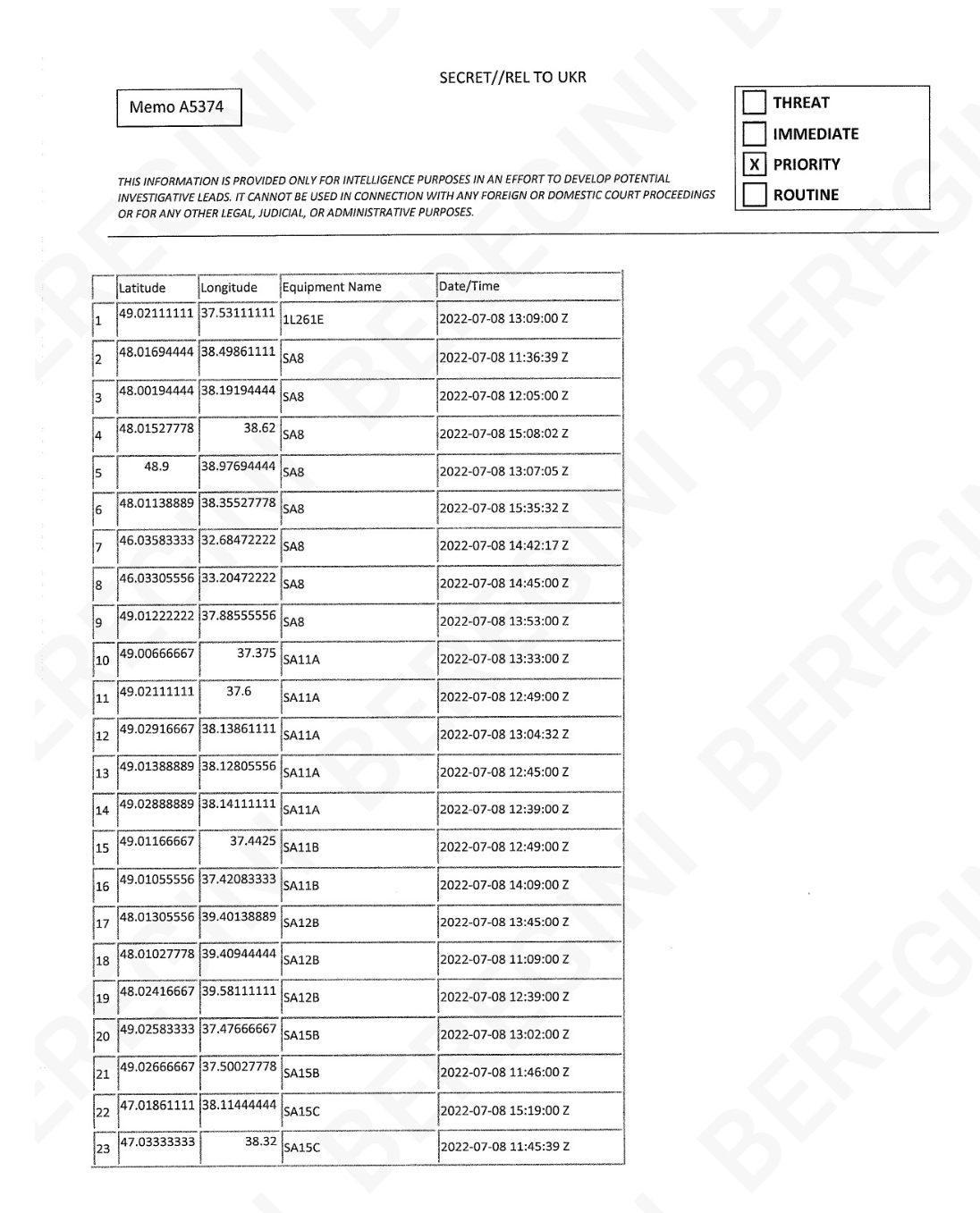 Americans and Europeans need to understand, this is NOT benign "assistance" to Ukraine.  This is military operational and targeting information specifically designed to help Ukraine attack and destroy by force, the military of Russia.

This violates the NATO Treaty!

Specifically, Article 8 of the NATO Treaty provides as follows:

Aside from violating the NATO Treaty, what NATO is doing is causing Russia to have to decide whether WE are "combatants" against Russia?  If Russia decides that we ARE "participants" then Russia would have a legal right to bomb . . . us.

During the last seven days of each calendar month, this web site and the Radio Show rely on DONATIONS to pay the $2500-$4500 per month web hosting fees charged by Amazon Web Services, and the air-time costs for the radio stations.    When you read this site, it costs ME in "Data Transfer" charges, to send the stories to your browser.  Without monthly help from readers like you, this site would go bust and be offline.

Between the web site costs and radio air time costs, it takes about $5800 a month to keep all this going.

The story above is just one more example of how THIS SITE gets real news that the mass-media just doesn't provide.  If you value REAL news, FACTS, then please step up right now and donate a few bucks using the donation box below.   Without your help, this site would not be able to continue.