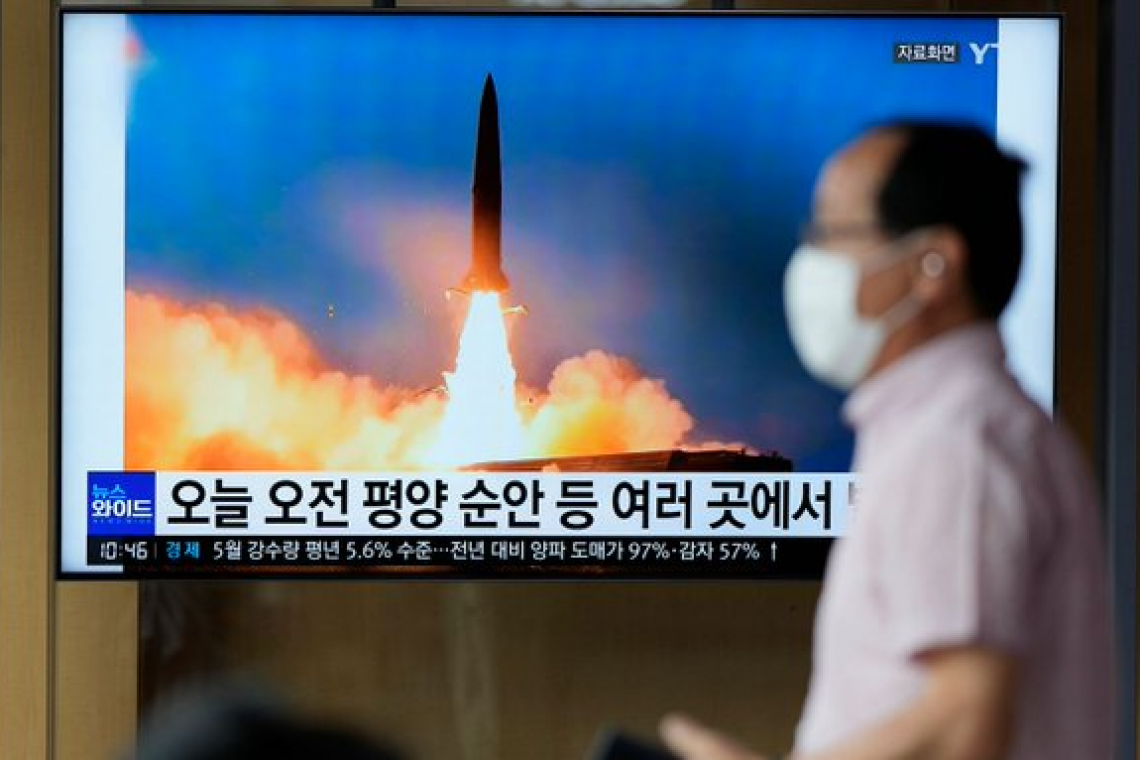 At about 1:00 AM eastern US time Sunday, North Korea fired at least one, and perhaps multiple, ballistic missiles.  The missile(s) were fired from the east coast of North Korea toward the Sea of Japan.

+4 # Sign of the Times — CataMaroon 2022-06-05 11:45
Looking at an idiot wearing a useless mask against a 99.7%(+) survivable flu with aftermarket parts while observing the launch of missiles tested to carry weapons that could wipe out the world as we know it--it's like a Monty Python skit gone full line of fentanyl-laced cocaine sniffed off the keyboard of Hunter Biden's laptop while home movies play in the background kind of batshit crazy.

You are right of course Sammy, Putin is all right but your list is not complete. Hal Turner is quite correct for praising Vladimir Vladimirovich (with all his faults and baggage from the past) for not kissing the ass of the American-IsraHell Empire and not being a Jewish cuckold. The problem with kissing the American ass today is that the US is no longer run by White Christian American elites of old (who still get their kicks by pretending to run this forum), but by Jews who don’t primarily identify as American but Jewish, i.e. they feel closer to World Jewry than to goy Americans. Thus, Jewish Power that rules the US isn’t really American but Zionist and supra-nationalist

Here is a complete list of independent world leaders in the same category as Putin in no particular order! None of them perfect, but all independent and refusing to submit to the American-IsraHelli hegemon.