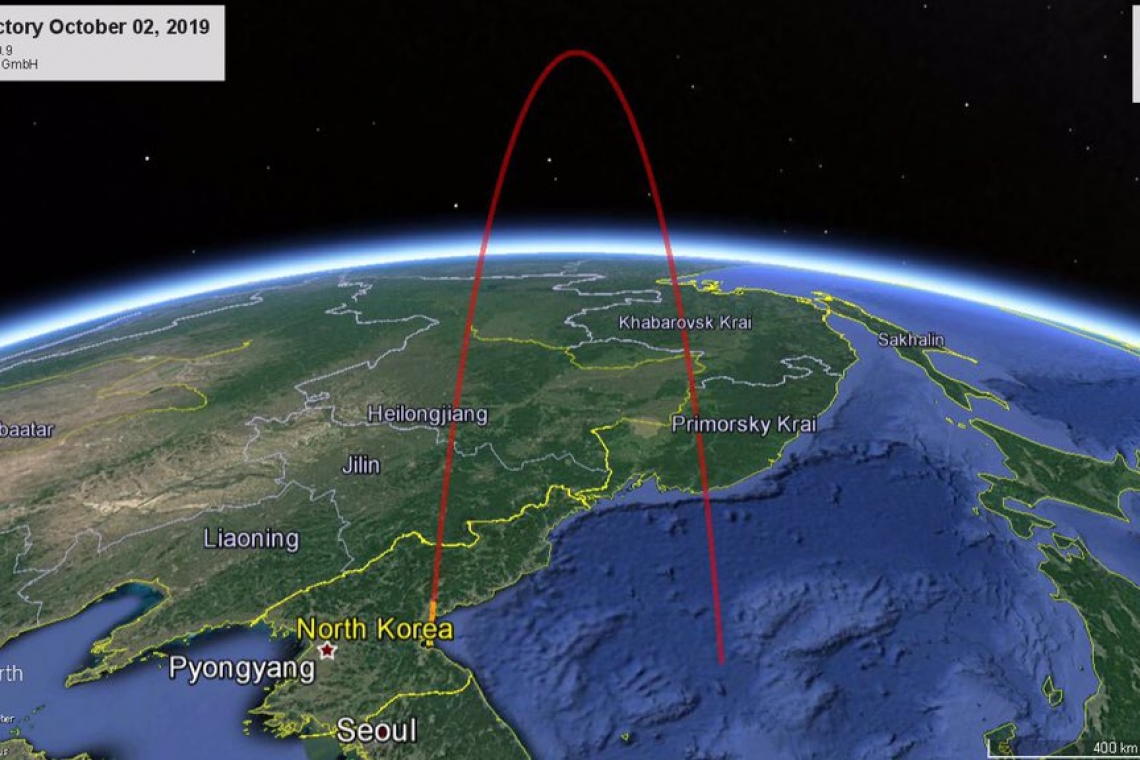 North Korea fired a ballistic missile from the sea on Wednesday, South Korea’s military said, a suggestion that it may have tested an underwater-launched missile for the first time in three years ahead of a resumption of nuclear talks with the United States this weekend.

Jeong said he believes the missile’s actual range is longer because North Korea appears to have deliberately elevated its altitude. In the past, North Korea often fired missiles at a lofted angle to avoid neighboring countries. Some experts say the weapon fired Wednesday is a medium-range missile, which North Korea stopped firing along with long-range missiles after it entered into talks with the United States early last year.

Japan lodged an immediate protest, saying the missile landed inside its exclusive economic zone. If confirmed, it would be the first North Korean missile that has landed that close to Japan since November 2017.

The U.S. State Department called on North Korea “to refrain from provocations, abide by their obligations under U.N. Security Council resolutions, and remain engaged in substantive and sustained negotiations to do their part to ensure peace and stability on the Korean Peninsula and achieve denuclearization.”

South Korean military officials wouldn’t officially disclose whether the missile was fired from a submarine, a barge or another platform. But during an emergency National Security Council meeting, officials placed weight on a submarine-launched missile test and expressed “strong concerns,” according to South Korea’s presidential office.

Missiles launched from submarines are harder to detect in advance. Some experts say North Korea is attempting to raise the stakes and ramp up pressure on the United States before their nuclear negotiators meet on Saturday.

“The North is trying to convey a message that time is not on the side of the United States and that it could take a different path if the working-level talks don’t go the way it wanted,” said Du Hyeogn Cha, a visiting scholar at Seoul’s Asan Institute for Policy Studies.

If fired at a standard trajectory, the missile could have traveled 1,500-2,000 kilometers (930-1,240 miles), Kim Dong-yub, an analyst from Seoul’s Institute for Far Eastern Studies, wrote on Facebook.

South Korea’s Defense Ministry also declined to confirm whether it was a medium-range missile. But it said it flew higher than any other short-range weapons the North fired in previous 10 rounds of launches since May.

President Donald Trump has downplayed the significance of recent short-range launches by North Korea, but it’s unclear whether he would do the same this time.

“A submarine-launched ballistic missile is a very dangerous weapon. (North Korea) can place it on a submarine and covertly sail to a place it wants and fires the weapon. And the missile can fly much further if launched at a normal angle,” said analyst Moon Seong Mook at the Seoul-based Korea Research Institute for National Strategy. “Trump would find it difficult to say again everyone can conduct short-range missile tests.”

Seoul’s Joint Chiefs of Staff statement said the weapon fired Wednesday is believed to be a Pukguksong-class missile. It refers to a solid-fuel missile that North Korea tested-launched from an underwater platform in 2016 with the hope that it could eventually be a part of its submarine weaponry. That missile flew 500 kilometers (310 miles), and North Korean leader Kim Jong Un said at the time that his country had gained “perfect nuclear-attack capability.”

North Korea has been trying to develop the ability to fire ballistic missiles from submarines, though the tests needed for that appear to have been put off amid talks with Washington.

When North Korea’s news agency in July publicized photos of a newly built submarine and said its operational deployment “is near at hand,” some outside experts said it was the North’s biggest submarine with several launch tubes for missiles. An estimated 70 other submarines in the North’s arsenal only have launch tubes for torpedoes, not missiles, according to the experts.

Cha said flight data provided by South Korea’s Joint Chiefs of Staff suggested that it was more likely that the North tested the same type of missile it fired in 2016, instead of a new system. Some experts disagreed, saying North Korea likely tested a new version of the Pukguksong missile.

Japanese Defense Minister Taro Kono called the launch “a serious threat to Japanese national security.” Kono also said the launch without advance warning was an “extremely problematic and dangerous act” for the safety of vessels and aircraft.

“We will continue to cooperate with the U.S. and the international community and do the utmost to maintain and protect the safety of the people as we stay on alert,” Abe said.

Since his second summit with Trump in Vietnam in February collapsed without reaching any agreement, Kim has hinted at scrapping his self-imposed moratorium on nuclear and long-range missile tests and demanded that Trump come up with mutually acceptable new proposals by December. In Vietnam, Trump rejected Kim’s calls for broad sanctions relief in exchange for partially surrendering the North’s nuclear capabilities.

U.S. State Department spokeswoman Morgan Ortagus, traveling with Secretary of State Mike Pompeo in Rome, confirmed that U.S. and North Korean officials plan to meet within the next week.

Both North Korea and the United States didn’t say where the meetings would take place.

The US Air Force then tested an unarmed Minuteman 3 intercontinental ballistic missile with a launch from Vandenberg Air Force Base in California.

The missile lifted off at 1:13 a.m. Wednesday from the base northwest of Los Angeles and sent a test re-entry vehicle on a 4,200-mile flight over the Pacific Ocean to the Kwajalein Atoll in the Marshall Islands. 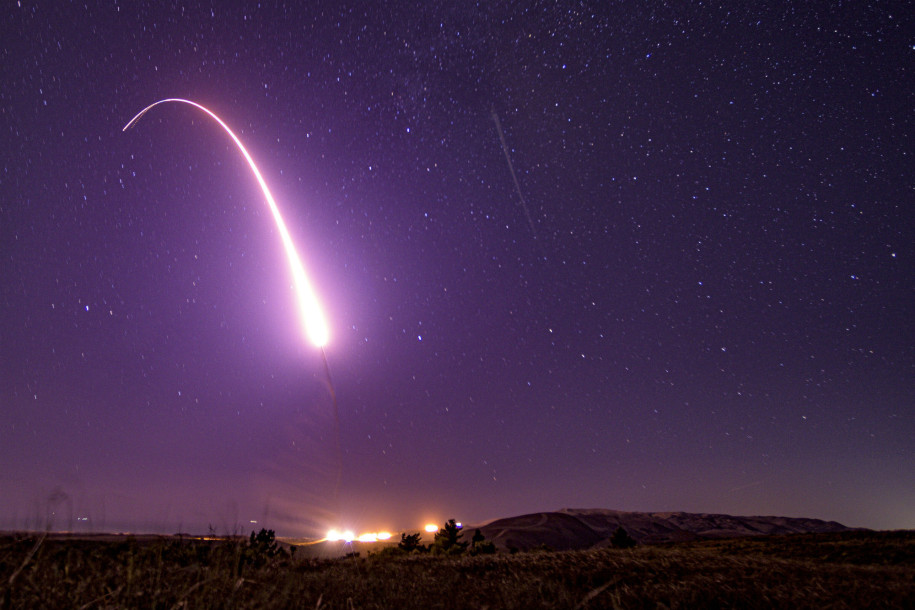 An Air Force Global Strike Command statement says such tests demonstrate the capability of the intercontinental ballistic missile system and are not a response to world events or regional tensions. (Wink, wink)

The launch was conducted by a team of airmen from the 341st Missile Wing at Malmstrom Air Force Base in Montana.