Old Parliament House in Australia BURNED! Vax Protesters Warn: Current One is Next 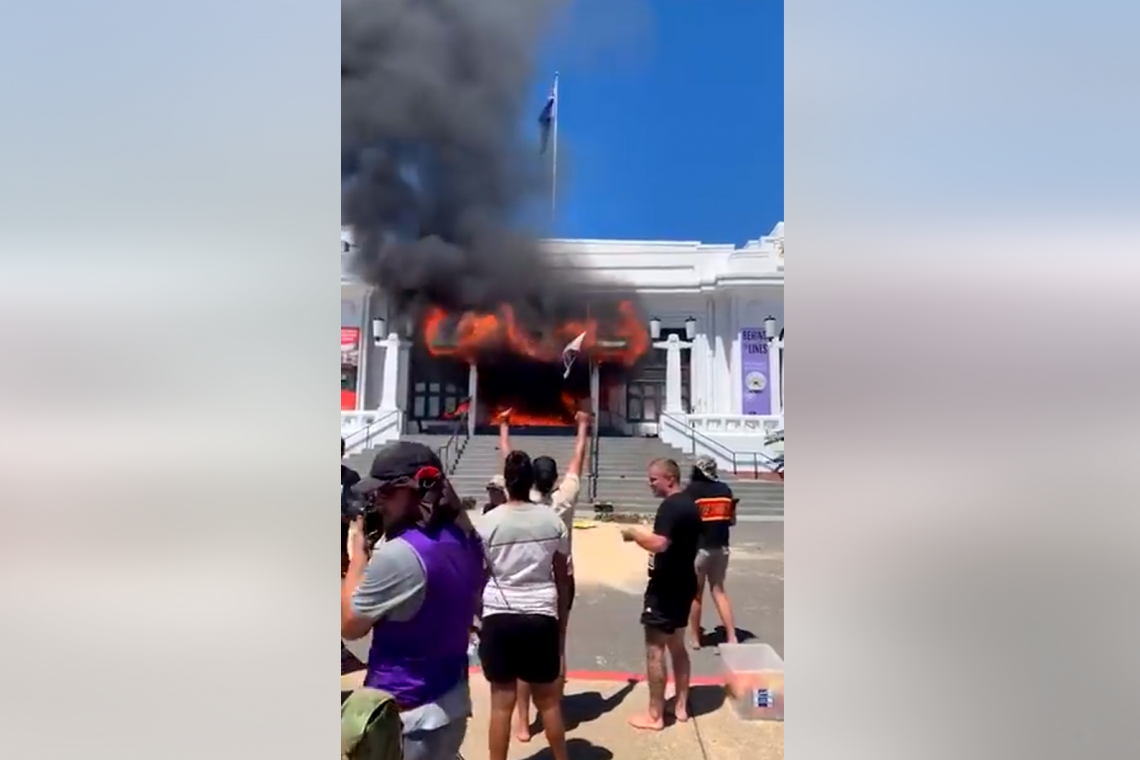 Direct confrontation with the government of Australia broke out this morning as freedom-loving Australians set fire to that country's Old Parliament House over tyrannical COVID-19 infringements upon freedom, and coerced/forced vaccines.  As Old Parliament House Burned, protesters warned, "the present one is next."

Video below shows fire coming out of the main entrance of Old Parliament House:

Protesters out front say they government has become pure tyranny with regard to an outbreak of "COVID-19" and needs to realize they can be forcibly overthrown if they don't stop their COVID nonsense.

People in Australia have been locked in their homes off and on for over a year, for a virus outbreak that has a survival rate of 99.7%.  No different than a nasty Flu outbreak.

Moreover, Australia imposed Vaccine passports, which forbid citizens from eating out in restaurants, going into gyms, attending sporting events, and in some cases, forbid them from going into supermarkets to buy food.

Said one protester, "If government doesn't stop this tyranny, we'll burn down the present Parliament house and hang the elected officials by their necks as they run out of the burning building."