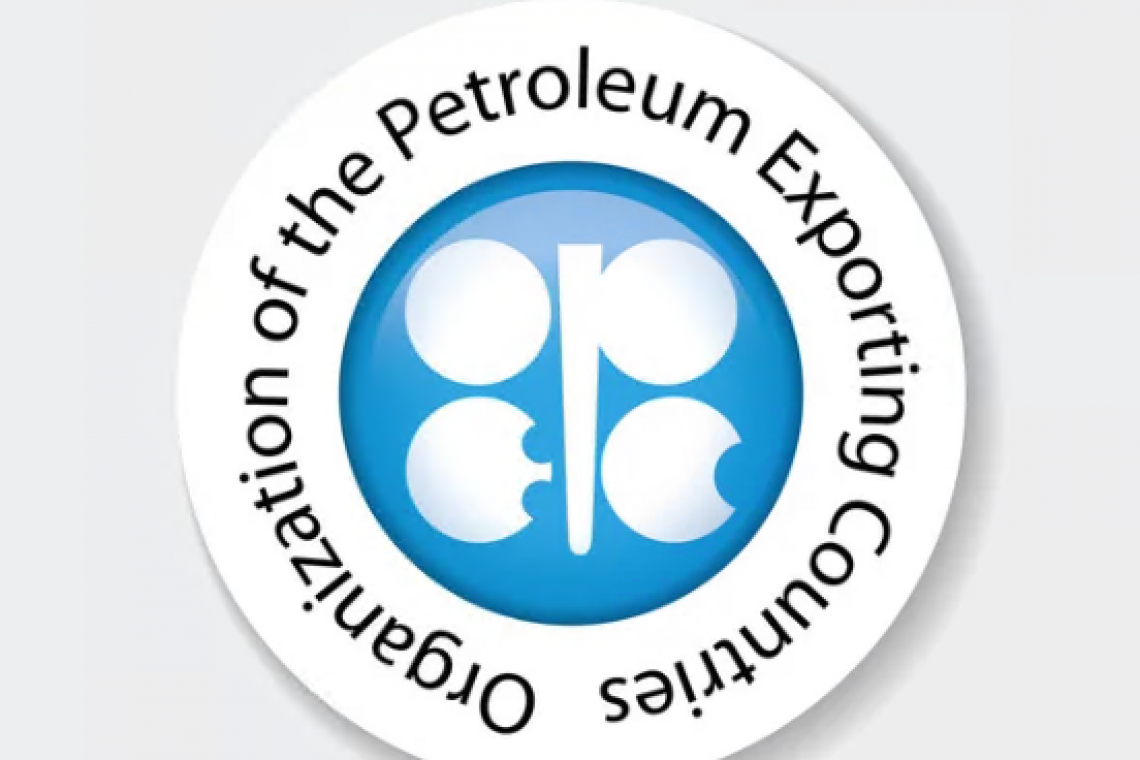 The Organization of Petroleum Export Countries (OPEC) met in Vienna, Austria and agreed to CUT oil production by two million barrels per day, despite strong input from the United States seeking an increase in output.

A group of some of the world’s most powerful oil producers on Wednesday agreed to impose deep output cuts, seeking to spur a recovery in crude prices despite calls from the U.S. to pump more to help the global economy.

OPEC and non-OPEC allies, a group often referred to as OPEC+, decided at their first face-to-face gathering in Vienna since 2020 to reduce production by 2 million barrels per day from November.

Energy market participants had expected OPEC+, which includes Saudi Arabia and Russia, to impose output cuts of somewhere between 500,000 barrels and 2 million barrels.

The move represents a major reversal in production policy for the alliance, which slashed output by a record 10 million barrels per day in early 2020 when demand plummeted due to the Covid-19 pandemic. The oil cartel has since gradually unwound those record cuts, albeit with several OPEC+ countries struggling to fulfill their quotas.

Oil prices have fallen to roughly $80 a barrel from more than $120 in early June amid growing fears about the prospect of a global economic recession.

The production cut for November is an attempt to reverse this slide, despite repeated pressure from U.S. President Joe Biden’s administration for the group to pump more to lower fuel prices ahead of midterm elections next month.

The White House said on Wednesday that 'it's clear' the OPEC+ oil alliance 'is aligning with Russia' after it announced a massive production cut of two million barrels.

It stands to be a big boost for Moscow, despite the West's efforts to choke off oil and gas revenues as a source of cashflow to fund Russia's illegal invasion of Ukraine.

Meanwhile American drivers could face another increase in gas prices in what could end up being a massive setback for the Biden administration.

# Let's Go Brandon! — Mactireglas 2022-10-06 10:58
So much for PAEDO JOE thinking cheaper gas before the mid terms will save their majority in both houses! The people are coming for him and he knows it hence the need to start WW3 and sneak off to his Deep Underground Bunker where I'm sure he'll have a lifetime supply of little children waiting for him! And food....
# RE: OPEC Snubs Illegitimate Biden; Cuts Oil Production 2MM B p/Day — Jules 2022-10-05 20:25
They either use Biden for photo ops or laugh at him all together. So why keep sending grandpa out to the dairy if he can't milk the cows?
# Because... — Getsum 2022-10-06 01:50
He is their scapegoat, the senile one that everyone will blame for the chess game being played behind the scenes. Everyone will revile him, laugh at him, make memes and otherwise destroy the very memory of him...all while those doing the destroying walk away without a scratch. Smoke and mirrors.
+6 # So much... — Gulfcaptain 2022-10-05 18:25
So much for the petrol dollar. In addition, curb domestic energy production, increase dependence on foreign sources in the face of increasing competition for that oil increasing costs, blame the higher costs on the refineries and distributors, and increase pressure to do away with hydrocarbon based energy all together.

To garner votes and stave off a revolt, tap down the nation's national emergency oil reserves.

Among all this, start two war fronts both in Europe and China and possibly the middle East all with limited and expensive energy costs, a dwindling economy and manufacturing base and reliance on rare earth materials, steel, aluminum from countries either hostile or unable to supply the US with those materials.

Is Biden still dumping the Strategic Petroleum Reserve to hold gasoline prices down ahead of the election?

You must have missed the last SPR release announcement 4 hrs ago....

Biden to release 10M more barrels from Strategic Petroleum Reserve in November in wake of OPEC+ cuts
Fox Business|4 hours ago
President Biden said he will release 10 million barrels from the Strategic Petroleum Reserve in November to counter the OPEC+ oil cuts.
+3 # RE: OPEC Snubs Illegitimate Biden; Cuts Oil Production 2MM B p/Day — JFY 2022-10-05 17:47
.
I guess this proves/confirms that OPEC is controlled by the WEF. (not that we didn't know...)

This will skyrocket oil & gas prices, further strangling all of Europe, the U.S., Canada, and one long etc., further precipitating the collapse of civilization that's needed for the "Great Reset" and "Building Back Better". Yeah, right; as in World Communism for those that didn't freeze to death or starve due to a lack of... everything.
+5 # RE: OPEC Snubs Illegitimate Biden; Cuts Oil Production 2MM B p/Day — FewThereBe 2022-10-05 17:26
---

This is a big deal.

They are standing up to OBiden and America-Babylon.

The emperor has no clothes.

BeSureYouAreSaved.com
+8 # YOU CAN SEE IT IN THE FIELD — 1.618 2022-10-05 17:22
I'm a land surveyor and work all over the southweat. In west Texas and southeast NM, it's obvious the the oil fields and the field offices are shuttered in many areas, but I would bet that things could be opened back up in the span of a month, lots of can-do people that don't TALK about doin shit... they just do it! All they need is someone to say the word.
+1 # RE: OPEC Snubs Illegitimate Biden; Cuts Oil Production 2MM B p/Day — Woulf 2022-10-05 17:20
It seems they are working "overtime" and "burning" that midnight "oil" to make for "sure". That this is going to be a "dark", "cold", and "hard" winter.
The best way to sum up or leadership and "free" markets.
Monty Python Witch Burning Trial Clip HD
https://www.youtube.com/watch?v=X2xlQaimsGg
+14 # Karine Jean-Pierre. Gee. — Doug Brown 2022-10-05 17:09
Karine Jean-Pierre, Biden's black lesbian
spokesperson doesn't get it. She whines,
"OPEC+ is aligning with Russia." As OPEC
slashes the amount of oil they will sell the USA.
Oh gee.
Maybe if you hadn't destroyed Nordstream
one and two?
Maybe shutting rhe Keystone Pipelibe.
Stuff you do has consequences.
The downward slide of American immorality
has consequences.
The price paid for a totally fraudulent election.
# Karine Jean-Pierre = — oldschool 2022-10-05 21:23
BLM
-8 # The railroad — MildB 2022-10-05 16:39
~
https://www.youtube.com/watch?v=9JdSmeRLvNM

"It stands to be a big boost for Moscow, despite the West's efforts to choke off oil and gas revenues as a source of cashflow to fund Russia's illegal invasion of Ukraine."

Copied and pasted without alteration - from where?

Google is not your friend, but says .....Daily Mail.

"OPEC cuts oil production by 2 MILLION barrels a day
"It stands to be a big boost for Moscow, despite the West's efforts to choke off oil and gas revenues as a source of cashflow to fund Russia's illegal invasion of Ukraine."
+8 # RE: OPEC Snubs Illegitimate Biden; Cuts Oil Production 2MM B p/Day — RockyMountainBeerMan 2022-10-05 16:15
.
Hilarious!!

I can see all the skinny jean-wearing, "man" bun sporting, idealist bohemians crying over their "lattes" now.

Americans are mad enough with high prices and inflation.

Meanwhile, Russia has yet to retaliate for Nordstream and the new regions are officially part of Russia.
+5 # Partial Retaliation? — Doug Brown 2022-10-05 17:17
The Saudis are no idiots.
They damned well know who sabotaged
Nordstream 1 & 2.
Maybe they say:
Now you hear this; this is the price you pay.
I've also heard they do not like Biden,
nor any of the unmanly dillitants in his
administration.
It is said, they just don't like them.
+3 # RE: Oh. Poor joe — TexasWolf 2022-10-05 16:37
I would consider this to be (part of) the retribution for Nordstream dos.
+12 # RE: OPEC Snubs Illegitimate Biden; Cuts Oil Production 2MM B p/Day — Hope springs 2022-10-05 15:56
Does this mean that poor poor USA will have to bring freedom and democracy to Saudi Arabia by bombing them back to the stone age! Just wondering!
+7 # Gas is Going to $ 7.00 ga. — Garyhines 2022-10-05 15:38
Gas is going to $ 7.00 ga thanks Joe for doing wonderful job .this incompetence of our government .a lost cause Biden has no clue what's so ever .right now Joe pile of dog shit is down in Florida meeting with Desantis Biden is crying Florida has a lot work to get their state back in order .weather warfare creates jobs for the gov. Your oil production is being deleted thanks to Joe send oil to china .8 million barrels being sent .Rotten to the friggin core .sad situation what's happening.now.to little too late
+7 # RE: OPEC Snubs Illegitimate Biden; Cuts Oil Production 2MM B p/Day — Dave Bruce 2022-10-05 15:35
Just drove by our local Chevron here in Apple Valley, Ca. and regular was at $6.799. FJB!!
# RE: OPEC Snubs Illegitimate Biden; Cuts Oil Production 2MM B p/Day — mjc 2022-10-05 19:08
Quoting Dave Bruce:

Just drove by our local Chevron here in Apple Valley, Ca. and regular was at $6.799. FJB!!

The difference is the $2.30/gal you're paying to support your idle-entitled.

I'm sure they do...and will...continue to appreciate your $2.50/gallon contribution.

Humans are a tropical animal.