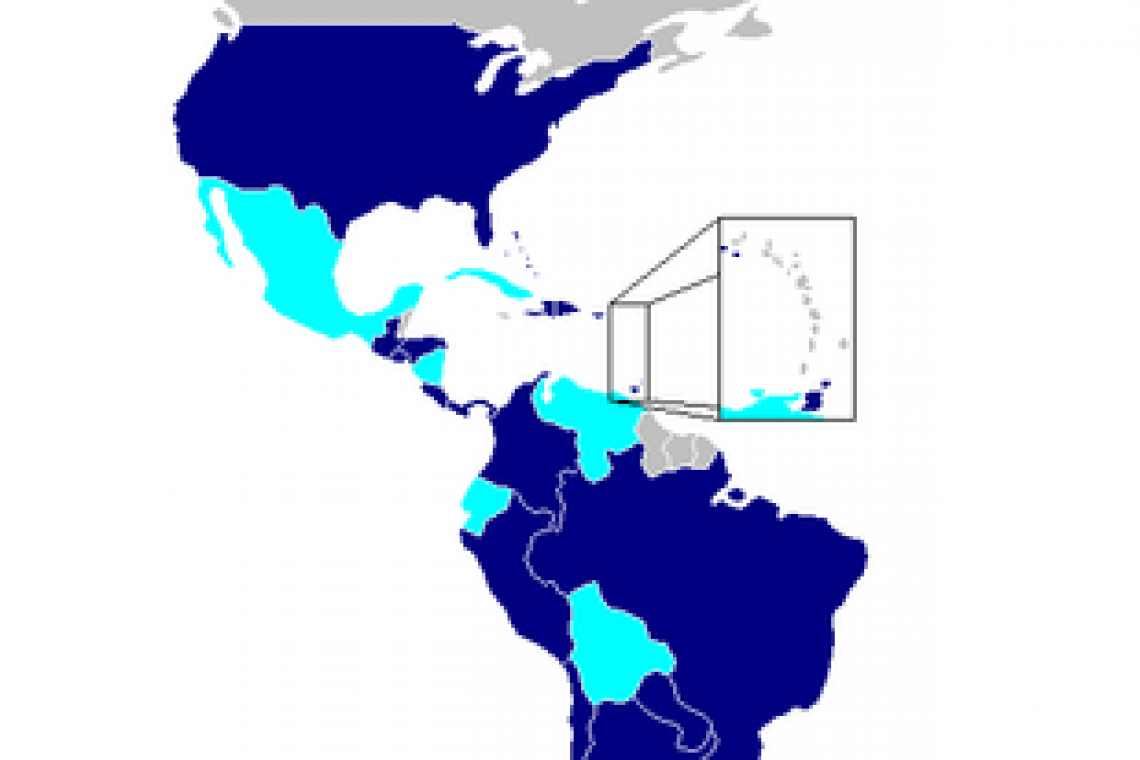 At the September 11 meeting of the Organization of American States (OAS) the United States and eleven other nations voted activate the Treaty of Inter-American Reciprocal Assistance (TIAR) commonly known as the "Rio Treaty" over the crisis with Venezuela.

Also yesterday, Venezuela began deployment of 150,000 troops,  tanks, missile launchers and military aircraft to its 1400 mile border with Colombia.  Venezuela Dictator Nicholas Maduro told those troops "it is time to defend our Sovereignty."

The OAS meeting needed ten votes to activate the Rio Treaty; they got twelve votes, with five abstentions.

The Rio Treaty (1947) was an agreement binding the republics of the Western Hemisphere together in a mutual defense system.  The central principle contained in its articles is that an attack against one is to be considered an attack against them all; this was known as the "hemispheric defense" doctrine.

Also called the Rio Pact or the Inter-American Treaty of Reciprocal Assistance, the treaty became effective on December 3, 1948, when two-thirds of the member states had ratified it.

Countries that agreed to reactivate the Rio Pact

The move is the latest in a series of escalations between Venezuela, Colombia and the US, and followed a day after the beginning of Venezuelan military deployment near the border with Colombia.

Venezuelan president Nicolas Maduro announced the start of military deployment on his country's border with Colombia to 'defend our sovereignty'.

Bolivarian National Armed Forces chiefs said yesterday they had begun mobilizing 150,000 troops on the border amid renewed tensions between Bogota and Caracas.

President Maduro ordered his army to deploy along the 1,400-mile (2,200-kilometer) border after accusing Colombia of plotting to spark a military conflict.

Tanks, missile carriers, aircraft and dozens of troops deployed around Garcia de Hevia International Airport in western Tachira state on Tuesday. A military band played as the vehicles filed out.

Maduro wrote on Twitter yesterday: 'The moment has come to defend our sovereignty and national peace by deploying our defense resources in full force.'

The massing of troops at the border drew US attention amid the rising friction between the South American neighbors and forced Washington to offer its support to Colombia.