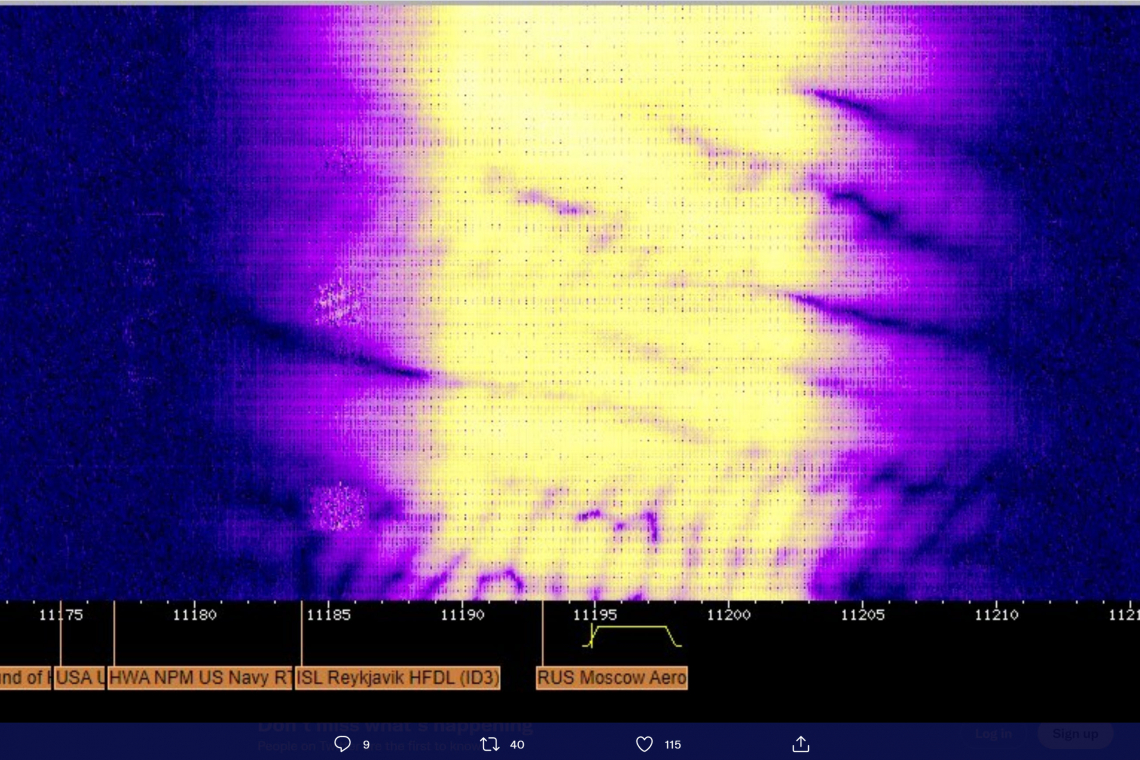 As shown above, massive jamming signals are being emitted.

As that began, a SECOND jamming signal hit on other long range frequencies as shown below:

As that second signal jamming commenced, a THIRD high-powered jamming signal erupted on yet a third frequency:

Not only is the over-the horizon band being jammed, but regular aircraft frequencies and the US High-Frequency Global Communications System (HFGCS) with which the United States communicates to all our military worldwide, are also being jammed.

As soon as I found out about this, I notified several key people in my circle of friends/contacts, then took off immediately to the bank to grab cash money.

No one has ever done anything like this before, globally.  This is unprecedented, and dangerous beyond words.  Jamming over-the-horizon radar is a sign that one country is either actively launching - or going to launch - missiles, at another country.

Frankly, I'm more than a bit freaked out.

I told my wife we should leave immediately for Pennsylvania to get away from the New York City area where we live.  She replied "No. I have a Doctor's appointment next Tuesday."  Such is the level of my wife's thinking.

On my tombstone write - He died because his wife was a numbskull, and he was an idiot to stick with her.